Is Jean Smart Raising Her Son Forrest Gilliland As A Single Mother?

Actress Jean Smart is known for her film, television, and theatre work. Four-time Emmy Award-winning performer, Jean has impressed millions of movie audiences through her acting skills and continues to do so. Some of her acting credits include Garden State (2004), Youth in Revolt (2009), The Accountant (2016), and A Simple Favor (2018). Similarly, Jean is an awfully talented woman who has maintained a name in the glamour world.

Besides having a notable professional career, Smart also shared a successful marital life with her late husband, Richard Gilliland. After being together for over three decades, Jean, with a heavy heart, had to let go of her spouse, Richard, who unfortunately died on March 18, 2021, following a short illness. After his sad demise, the actress has been a sole parent to their two sons.

Several difficulties must have come along her way while looking after her kids, but Jean being a strong-headed woman, doesn't believe in giving up. Hence, in today's article, let's learn about how Jean Smart is raising her youngest son Forrest Gilliland as a single mother.

Forrest Is Her Adopted Kid

Jean and her late husband, Richard, adopted a little girl in 2009 from China when she was only ten months old. Her name was Bonnie Kathleen Gilliland, and she was born in 2008. She is now a transgender person and goes by the name Forrest Gilliland. In late 2021, Forrest attended the Primetime Emmy Awards function with his mother. In addition, he often makes red carpet-appearances with his mom. 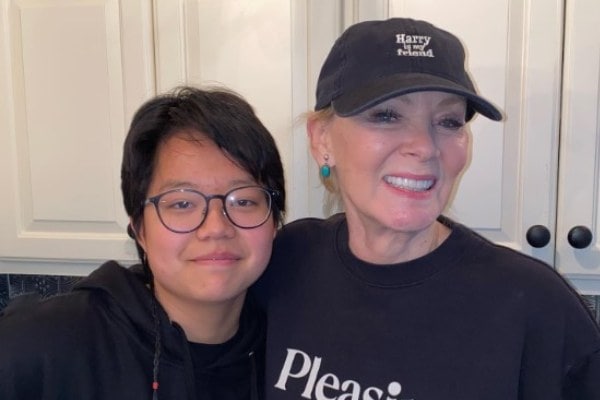 Jean Smart's son's transition wasn't made such a big issue by the Smart-Gilliland family. Nonetheless, having such a supportive mother must be a blessing to Forrest. As already mentioned, Forrest is not Jean's only child; she welcomed her first son, Connor Douglas Gilliland, on October 25, 1989, in LA, USA. Now, let's learn more about the actress' older kid.

All About Jean Smart's Older Son

Jean Smart's firstborn, Connor, is a creative and energetic individual who has kept his personal life successfully undercover. He was born two years later after his parents' marriage. Did you know Connor Gilliland's mother battled diabetes during her pregnancy with him? For his steady growth, the Seattle native diligently controlled her blood sugar levels.

Likewise, very little is known about Richard Gilliland's older son's professional career and personal life. Also, he has made very few media appearances with his parents. In addition, Gilliland Jr. is hardly active on any social media platforms, which makes it hard for fans to trace his details.

Nevertheless, he is a loving son who has been taking care of his mother after his father's demise. In addition, Connor is also a loving and supportive brother who inspires his younger sibling to be a better person.

Jean Was A Wonderful Wife

Alongside being a caring and devoted mother, Smart was equally a loving wife. She first met her late spouse on the set of CBS's hit series Designing Women while they co-starred together. Jean Smart's husband acted as J.D. Shackleford, while she played Charlene Frazier Stillfield. Interestingly, Jean first met Richard while he was shooting a kissing scene. The former was intrigued by him and asked her friend to find out if he was an eligible bachelor. 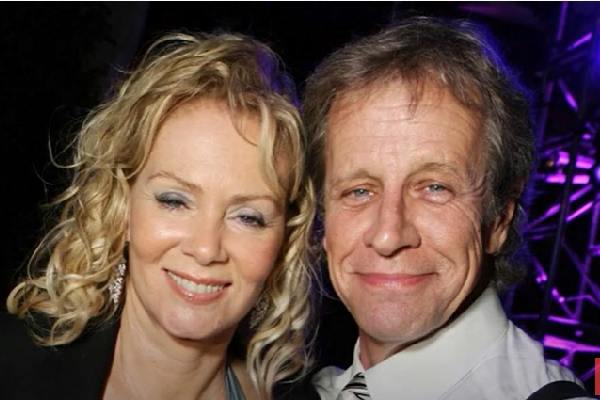 Well, he was, and the pair got to know one another and bonded instantly. Finally, the lovebirds tied the knot in 1987. They were inseparable for several decades, and their chemistry was magical. The couple built their home and careers together while forming an admirable relationship during their marriage. As a result of their teamwork, the duo featured in several projects together, including Audrey's Rain, Love Letters, Just My Imagination, and It Had to Be You.

Furthermore, Jean Smart's husband, Richard, was a renowned actor who had over ninety acting credits to his name. The Smart-Gilliland couple's love was one of a kind, and they were considered the power pair. It must have been tough for Smart to lose her most significant support system.

The Struggle of Being A Single Mother

While many of us are familiar that being raised by a single mother is extremely difficult at times, some of us forget that it is the same for renowned, successful celebrities as well. For example, in a few interviews, Jean mentioned that being a single mom was the hardest thing she has ever done while raising her youngest, following the sudden passing of her husband.

Forrest Gilliland's mother shared that losing her partner was very unexpected as that was something she thought would not happen for at least another 20 years. Having to bid goodbye to her beloved after being together for several decades is heart-wrenching and sad. In addition, the Designing Women star shared that being a single parent has been unimaginable. Still, she disclosed how she feels fortunate to have supportive and loving people around her.

In conclusion, Richard Gilliland's wife has been looking after both of their sons with complete dedication, love, and warmth. She had to adjust to her role as a single mom, but she must be raising Forrest well. Despite having undergone such tragedy, Jean's positive outlook in life is certainly inspiring. Furthermore, we wish the mother-son trio's bond grows stronger and for Forrest and Connor to work hard to make their mama proud.