5 Top Competitive Eaters in the World-MLE

Competitive eating is a sport in which competitors compete against one another to consume vast amounts of food within a typical time limit of 8 to 10 minutes. With thousands of participants in the running, it is one of the biggest competitions organized by MLE.

Born on July 22, 1985, Miki Sudo gained recognition in 2014 after defeating Sonya Thomas in the annual women's competition at the Nathan's Hot Dog Eating Contest. Since 2014, the competitive eater has won this competition consistently till 2020. Apart from hot dogs, the eater also holds world records in eating Kimchi, Hotdish, and ice cream.

Sudo participated in her first eating competition in 2012, winning the Village Pub Rib Eating Competition and the $1,299 prize money that came with it. In 2013, Sudo took part in and won a pho eating contest.

She made it to the top of Major League Eating's female competitive eater rankings in 2014. Sudo has since then been a regular in eating competitions. 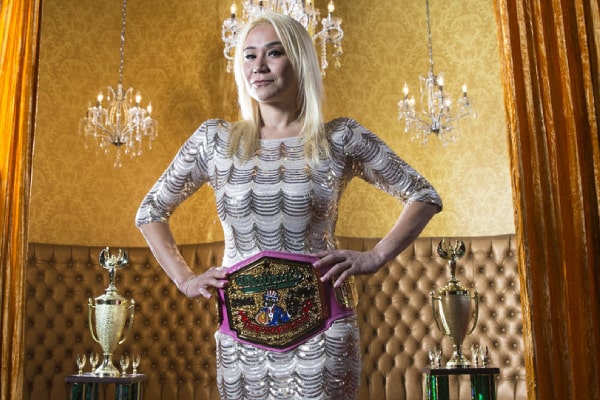 Miki Sudo has won numerous competitions making her one of the most successful competitive eater. Image Source: Las Vegas Review-Journal.

Miki Sudo's net worth is primarily obtained from winning prize money in a variety of eating competitions. The competitive eater has made around $70,000 in seven years with Nathan's hot dog eating contest alone. Sudo has undoubtedly amassed a considerable fortune in her career as a competitive eater with all the other competitions.

Miki also has a YouTube channel with over 44,000 subscribers and almost 70 videos. According to the Social Blade, the eaters' annual earnings range from $440 to $7,000. Most of Miki's videos on YouTube are about consuming a lot of food in a short amount of time.

Miki is presently taking a break from competitive eating as she prepares for the birth of her first child with Nick Wehry, another professional eater. They have been in a relationship since 2018. With a baby on the day, do you think Miki Sudo will remain as active as before in her career as a professional eater?

Matt Stonie or popularly known as Megatoad, born on May 24, 1992, is a legend in the world of competitive eating. Matt's parents, Cathy Stonie and Dorian Stonie raised him in San Jose, California, alongside his brother Morgan Stonie. In college, the eater specialized in nutrition, which undoubtedly helped him grow in his career. 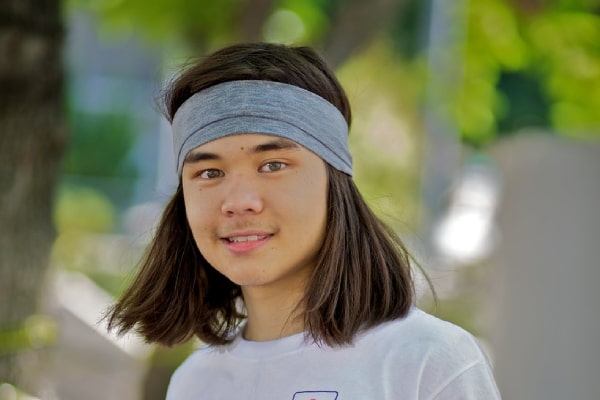 Matt Stonie began his journey in 2010 when he participated and won in a lobster eating contest in Hampton Beach. Surprisingly, the competitive eater only participated in the competition for free food. The $1,000 prize money he won in the tournament, on the other hand, influenced his young mind to pursue a professional approach to eating competitions.

Matt Stonie began his professional career when he took part in Stockton Deep Fried Asparagus Championship in California. Matt Stonie rose to fame in 2015 after defeating the eight-time winner Joey Chestnut in Nathan's Hot Dog Eating Contest. He has since then competed in several eating contests, winning in most of them.

Some of the records Matt Stonie holds with their date and time limit are:

At present, Matt Stonie one of the best players in the competition, with a net worth of $3 million.

Even though the eater is a famous competitive eater, much of Matt Stonie's net worth results from his YouTube channel, which goes by the name "Matt Stonie." He has 14.4 million subscribers with an average of 2 billion viewers. The eaters' annual YouTube earnings range from $105K to 1.7M.

The competitor has been in a relationship for seven long years. Matt Stonie's girlfriend Mei shares his love for food, traveling, and adventure. She also appears in some of his YouTube videos. The couple has always been very open about their relationship.

Matt Stonie is currently making himself a better competitor, and his aim is to the number one competitive eater in the world. Having a supportive partner by his side must make all the difference in the world to him. Will Matt Stonis ever reach the top? What do you think?

Darron Breeden, a native of Orange, Vancouver, is the third-best competitive eater in the world. Breeden is also a teacher in Orange County High School, in addition to being a competitive eater.

While in Japan, in 2015, the competitive eater heard about the "Man VS. Food" contest. He then packed his belongings and flew to the United States, eager to participate in other challenges. As a result, the competitive eater competed in his first competition as a member of Major League Eating, where he was ranked 8th out of 50 competitors.

Breeden gained recognition after eating 28 hot dogs and buns in ten minutes at Nathan's hot dog qualifier in Norfolk on June 12, 2016. Even though he was not well-known at the time, his eating pace was phenomenal, and people couldn't get enough of him. 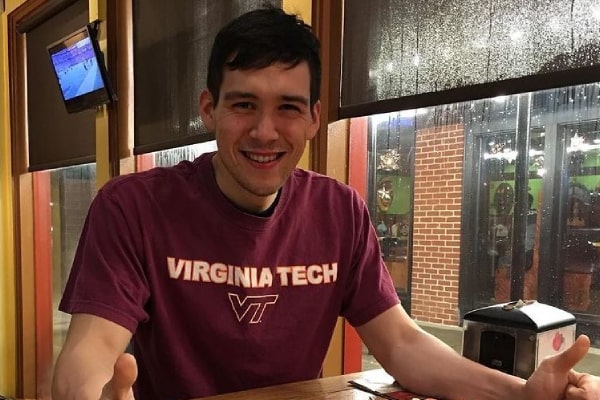 On February 17, 2018, Breeden finished third in the World Chili Eating Challenge, surpassing the one and only Joey Chestnut. In addition, he set his first World Record in the Cheese Curd-Eating discipline the same year, consuming 5lbs, 2oz of cheese curd in just six minutes. He also has a record of eating 48 Oreos and half a gallon of milk in just two minutes and twenty-eight seconds.

Darron, like many others, has a YouTube channel called "Darron Eats," which has 48.8K subscribers. According to the Social Blade, Darron's estimated annual pay ranges from $380 to $6.1K.

Apart from eating competitions and YouTube, Breeden also earns a living by teaching. While the specifics of his fortune have not been revealed, given the number of competitions the player has won, one may presume Darron Breeden's net worth to be of a large amount.

Although Darron has made quite a name for himself, the eater still has his eyes on the first position. The player is currently working on himself to beat Chestnut. Aside from that, Darron Breeden's girlfriend Caroline announced their engagement at the start of June 2021. We wish the player continued success in both his personal and professional lives.

Breeden has revealed that he does not see food-eating championships as his future. So, how long do you think he'll continue to participate in such events?

Geoffrey Esper, a Bay Path Vocational High School electronics teacher, is currently ranked second in Major League Eating. Practice, as Esper says, is the only way into the top. Esper has been a part of the eating competition since 2014.

On October 25, 2014, Geoffrey took on the Panchillada Challenge at cafe Manzi, becoming the first-ever person to complete the challenge. Even before this challenge, the eater had already participated in many other "Man vs. Food" challenges at local restaurants.

The now-professional competitive eater realized he had a talent for such competitions after winning challenges in local restaurants. He went on to compete in local timed eating events after that. Competing in local contests was the start of his professional eating career.

On May 26, 2016, the player's first win as a non-qualifier MLE occurred in the Pepperoni Roll Eating World Championship at West Virginia, as he demolished 23 pepperoni rolls in under 10 minutes. The same year, Esper finished third in the National Peeps Eating Championship in 2016, devouring 160 marshmallow Peeps in just 5 minutes.

In 2019, Geoff Esper stunned the city by winning the Hooters World Wing Eating Contest with a record-breaking 250 wing victory, defeating contenders Chestnut and Stonie. He had previously won the same contest in 2017.

He has since his debut come a long way and participated in numerous contests making a name and multiple world records for himself. Let's have a look at some of the World record held by Geoffrey Esper to date:

The competitive eater is quite hesitant to share his finances with the public. However, being the "World's Number Two Competitive Eater," Geoffrey Esper's net worth must be of a large amount.

Apart from competitions, the eater also makes a living from his YouTube channel, which has around 46.4K subscribers. According to the Social Blade, Esper makes about $370 to $5,900 per year.

Geoffrey Esper is currently focused on making himself better and taking the number one title from Joey Chestnut. And we have to wait and see if he succeeds to fulfill his dream.

Born in Vallejo, California, on November 25 of 1983, Joey Chestnut, or Joseph Christian Chestnut in full is an American eating competitor and the best one at that. The MLE currently ranks the competitive eater at First in the world.

Chestnut has won the Nathan's Hot Dog Eating Contest 14 times in his entire career as a professional eater. Thus, holding the world hot dog record for devouring 74 hotdogs and buns in 10 minutes. Currently, Joey has over 50 World records as per his website.

Chestnut began his professional eating career in 2015 when he debuted and won the deep-fried asparagus eating championship, Rich LeFevre. In 2007, at Nathan's Hot Dog Eating Contests, Chestnut beat the famous Takeru Kobayashi. This victory was followed by an eight-year reign at the top of Nathan's Hot Dog World, which ended in 2015 when Matt Stonie defeated him. He did, however, reclaim his title the following year, and he has retained it ever since.

Apart from his hotdog adventures, the competitive eater is widely known for winning the Hooters World Wing-Eating Competition four times in 2012, 2013, 2014, and 2016. As an outcome, the player also holds a world record in chicken wings.

Joey Chestnut's net worth must be skyrocketing owing to a long and successful career as a professional eater. Joey also sells several dressings suitable for a variety of cuisines on his website, ranging in price from $6 to $48. With his ever-increasing fan base, the business must be booming.

In addition, Joey's YouTube account has over 203K subscribers, where the eater posts incredible footage of him consuming large amounts of food. According to Social Blade, he earns between $924 and $14.8K annually.

According to Celebrity Net Worth, the competitive eater is projected to have a net worth of roughly $2 million. But, of course, with his status as the "World's Number One Eater," Joey Chestnut's net worth is going to increase as time goes on.

As for his personal life, Joey was previously engaged to Neslie Ricasa, having proposed during Nathan's annual July 4 hot dog eating contest. Their engagement did not last long, and Chestnut has since moved on. He posted a picture of himself alongside his amazing babe, Brie. However, there has been no mention of Joey Chestnut's girlfriend on his Instagram since. However, given that the 2019 post has not been removed, it is reasonable to believe that they are still dating.

Being the number one is is not an easy task, especially when so many are after the title. As time goes on, Will Joey Chestnut be able to defend his title?