5 Richest K-Pop Stars and Their Astounding Net Worth

K-pop is known for producing some of the world's most talented and wealthy celebrities. Image Source: The Oxford Blue.

K-pop, which stands for Korean popular music, is mainstream pop music that originated in South Korea. However, it has effectively spread its impact worldwide and has unquestionably produced some of the best and wealthiest artists of all time. The genre's catchy tunes, brilliant use of social media, and millions of dedicated fans have created a one-of-a-kind formula for international success.

K-pop singers make a lot of money in the industry, and their reputation accounts for the majority of their net worth. So naturally, the more well-known an artist is, the more money they make. Apart from releasing music and performing them on stage, these K-pop idols also make money through investments, partnerships, and television appearances. In addition, some have even established their own multi-millionaire company.

Following is a list of the wealthiest K-pop idols and personalities, along with their net worth.

Dong Young-bae, popularly known by his stage name Taeyang, is a South Korean R&B artist. The singer has sold an estimated 10 million records throughout his career, making him one of the wealthiest K-pop singers. Taeyang's net worth is reportedly estimated to be $20 million.

In addition, Taeyang is a member of one of the best-selling boy bands, Big Bang. During his time with the band, the artist released several chart-topping albums and extended plays.

Taeyang's fortune must have increased significantly as a member of the Big Bang. Alongside enjoying a successful start with the band, Young-bae has also pursued a solo career starting from 2008.

As a singer/songwriter, the artist produced and published several best-selling albums. Taeyang's first extended play, Hot, went to win the award for Best R&B & Soul Album at the 6th Korean Music Awards. Following this, he released Solar, which sold over 100,000 copies worldwide. 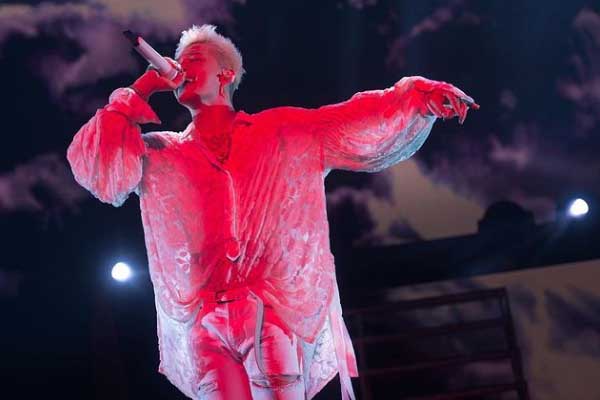 Taeyang has become one of the wealthiest K-pop idols as a result of his long and successful music career. Image Source: Taeyang's Instagram.

Taeyang's net worth also includes his endorsements and collaborations with high-end businesses. In 2017, the singer was named the Korean ambassador for Lexus, Toyota's premium vehicle division, for the LC500h model. Similarly, he collaborated with Fendi, an Italian fashion business, to create Fendi for Taeyang, which includes clothing items, accessories, and footwear.

Apart from being a talented singer, he also has a successful television career. He has appeared in shows like Real Sound by Taeyang, Mix Nine, Livin' the Double Life. Given his popularity and professional skill, the star must have earned a lot from these appearances.

The singer has unquestionably been one of the most extraordinary sensations in the music and business industry and has amassed a sizable fortune. At present, Taeyang is one of the wealthiest K-pop icons in the world and sits at the 5th position on our list.

Rain's net worth is estimated to be $20 million as per Celebrity Net Worth. His fortune increased dramatically after releasing his third album, It's Raining, which sold a million copies in Asia alone, establishing himself as a K-pop sensation.

Likewise, Rain's fifth studio album Rainism created a sensation right after its release. Its title song Rainism is covered by many artists including BTS' Jeon Jungkook, IU, Got7, Monsta X's Shownu, Twice's Dahyun, and others. 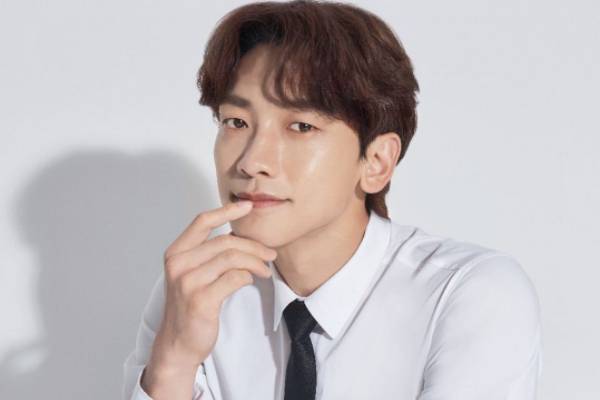 Rain is an exceptional entrepreneur who has founded two businesses in addition to being a pop singer. First, Jung founded his own company, J. Tune Entertainment, after leaving JYP Entertainment. However, in December 2010, Jung merged his company with JYP Entertainment, its largest shareholder.

Then the artist founded R.A.I.N, a contemporary lifestyle brand specializing in waterproof rainwear, including clothing items, bags, and accessories. Some of the clothing items in his label, along with their prices, are as follows:

The artist's business must be doing well, as evidenced by Jung Ji-hoon's net worth. Furthermore, the K-pop idol has also made small and big screen appearances in drama and films such as Sang Doo! Let's Go To School, Full House, Speed Racer in 2008, and Ninja Assassin, which must have improved RAIN's fortune tremendously.

In addition, the Korean singer has also appeared in several commercials alongside his wife, Kim Tae-hee.  When it comes to his wife, Kim is a well-known actress who frequently makes headlines for her expensive endorsements. With an estimated net worth of $43 million, RAIN and his wife top the list of Korea's wealthiest celebrity couple.

With his undeniable talent and genius business tactics, Jung Ji-hoon might even make it to the top of the list in the future.

Kwon Ji-yong, known by the stage name G-Dragon, is a well-renowned rapper, songwriter, entrepreneur, and fashion designer. Considered the King of K-pop, he is the lead singer of Big Bang, one of the richest boy bands globally. As for Kwon, his net worth is around $30 million.

GD began training from a young age with fellow Taeyang in YG Entertainment. He was preparing to form a hip-hop duo with the latter before being included in Big Bang. Furthermore, the group also includes Choi Seung-Hyun, aka T.O.P., Kang Daesung, and Seungri.

As a member of Big Bang, G-dragon has written numerous hit songs for the band and has 14 hit singles under his name. On top of that, the artist has also collaborated with countless talented artists and bands, including T.O.P, W-inds, Skrillex, and Diplo, to create some of the best music the world has ever heard. G-Dragon's net worth must be substantial, given how much money he makes from his songs. 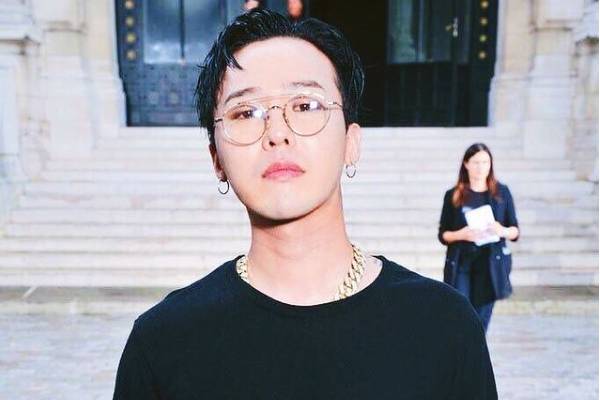 G-Dragon has established himself as a successful artist and is one of the wealthiest K-Pop stars. Image Source: G-Dragon's Instagram.

Furthermore, in November 2019, G-Dragon with Nike and released Nike Air Force 1 Para-Noise, which cost around $200. Similarly, he collaborated with Giuseppe Zanotti to release a limited-edition collection of shoes, retailing for $695 for the slip-on and $775 for the lace-up versions.

Apart from being a K-pop singer, G-dragon is also a fashion icon and has worked and collaborated with various renowned fashion designers. In addition, he also owns a fashion brand by the name Peaceminusone. Some of his best selling products, along with their prices, are:

G-Dragon uses his popularity to his utmost benefit by setting up pop-up stores to sell his merchandise while on tour. Given his fan base, the artist must have sold millions of dollars worth of merchandise to date.

At present, G-Dragon is the 3rd wealthiest K-pop artist with a net worth of $30 million. But, will the artist ever reach the top? What do you think?

Park Jae Sang, popularly known as Psy, made headlines back in 2012 with his superhit single, Gangnam Style, which caused a stir worldwide. With the music video becoming the first to exceed one billion views on YouTube, PSY earned millions from revenue.

Likewise, the singer's songs Gentleman, Daddy, New Face, etc., also made millions of views right after its release. Psy's net worth of $60 million benefitted heavily from the success of the songs.

Later, PSY became the first South Korean musician to perform at the MTV Europe Music Awards. He formed his own label, P Nation, in 2019 and released numerous albums following his initial success. In addition, he has signed well-renowned artists such as Jessie, HyunA, Dawn, Crush, and others.

Despite his late start, the musician has amassed a sizable fortune since stepping into the limelight. 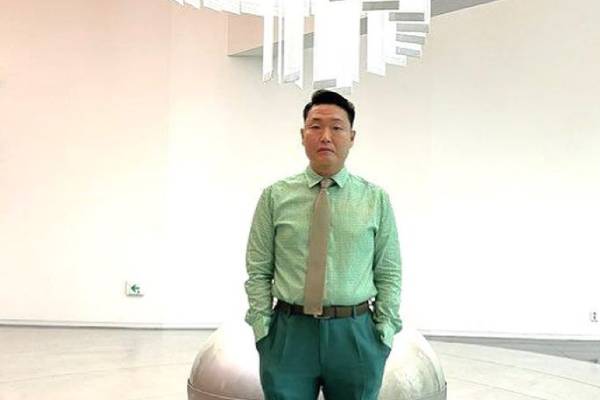 Psy's breakthrough track Gangnam Style took the world by storm, and he went on to become one of the wealthiest K-pop stars. Image Source: PSY's Instagram.

Given that the K-pop artist rose to stardom through YouTube, it's no surprise that he now has 15 million subscribers and billions of views on his videos. PSY's net worth must be derived mainly from his YouTube revenues, which are estimated to range between $180K and $2.9M per year.

At present, Park Jae Sang is ranked in the top two richest K-pop stars, with a net worth of $60 million. Do you think the singer will go on to become the wealthiest K-pop star with new projects on the way?

After a lengthy and victorious career as an actor, singer, model, entrepreneur, and designer, Kim Jae-joong has established himself as the richest Kpop idol with a net worth of $100 million as per SCMP Magazine. Kim debuted in the music industry as the lead vocalist for TVXQ before forming JYJ with Kim Junsu and Park Yoochun.

Later on, he began to compose and release his own records. His debut solo EP, I/MINE, topped the Hanteo and Gaon weekly charts in Korea. Similarly, his albums Sign / Your Love and Defiance/ Lavender sold over 100,000 copies, significantly boosting his fortune. As a result, Kim Jae-joong's net worth of $100 million has benefitted from his music sales. 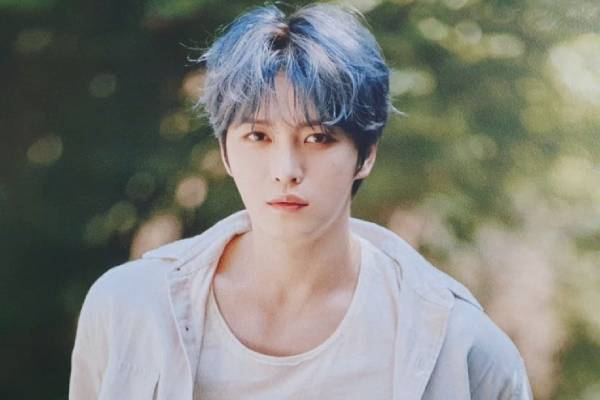 Kim Jaejoong has earned millions through his multiple ventures and is currently one of the richest K-pop celebrity. Image Source: Kim Jaejoong's Instagram.

Apart from being a talented singer, he also has a successful acting career. He has appeared in dramas like Triangle, Protect the Boss, Dr. Jin, and Manhole. Given his popularity and professional skill, Kim must have charged a lot for his roles.

Furthermore, Jae-joong earns an estimated $1K - $16.5K yearly from his YouTube channel. All of his endeavors have, without a doubt, led him to top our list of the 5 richest K-pop stars.

The company houses top-ranked groups such as Twice, Stray Kids, NiziU, Itzy, etc. Therefore, the K-pop artist must have made a fortune through the management company.

Nevertheless, K-pop has become one of the most popular and profitable music industries in the world. Many new artists are being introduced to the world every day, and who knows, in the coming days, there might be new faces in the list of richest K-pop stars.