Someone who loves reading newspapers, articles, books, and writing, must be familiar with the name Elizabeth Koch. Born Elizabeth Robinson Koch, she is an American publisher and writer who has published work for Columbia Journalism Review, One Story, the Los Angeles Review of Books, The New York Observer, and several other publications. She is the daughter of Liz Koch and Charles Koch, an American billionaire businessman.

Elizabeth is successful in her professional career and shares a happy marriage. She has been married to Jason Kakoyiannis for several years. Jason is an attorney and an influential personality whose information is found relatively less in the media. Hence, let's learn some interesting facts about Elizabeth Koch's husband and their marital bliss without further ado.

Issa Rae's Mother Delyna Diop Is A Teacher, What About Her Father?

He Is The Founder of Bioscentric

Jason is a multi-tasker. He has hands-on experience in several things. You can identify him as an executive, investor, or advisor; any job title would perfectly suit him as he is an expert in all these with relevant experience.

Furthermore, Elizabeth Koch's spouse assists in creating businesses on the cusp of possibilities. He also adores creating groundbreaking results and having big ideas. Kakoyianinis gets excited when he can use his experience as a deal maker, fundraiser, team builder, advisor, and high-growth operator in daring-to-be-different synthetic biology firms to help others thrive.

A very dynamic and brilliant personality, Jason is widely recognized for founding Bioscentric in October 2014. Bioscentric is an organization that develops sensory solutions for the fragrance, flavor, and cosmetic industries by utilizing technological advancements and synthetic biology.

It creates innovative approaches to product development, marketing, and communications platforms for companies utilizing specialty ingredients obtained from living organisms. Jason founded the organization in 2014, and over the years, he has worked hard to make Bioscentric known far and wide in the global scenario.

He has worked on B2B and consumer-facing growth and brand platforms for organizations like Givaudan, Natura, Procter & Gamble, and the Estée Lauder Companies, among others, in the global fragrance sector. In addition, Kakoyiannis has also practiced law at Shearman & Sterling, concentrating on private equity, public company M&A, and joint ventures across several industries before starting his fragrance firm.

Prior to that, Charles Koch's son-in-law was a curator at the Whitney Museum of American Art. But, he realized he wouldn't make a great professor and chose to go to law school. As such, he holds degrees from Brown University, USC, and Yale. Apart from this, Jason has been involved in various other professional sectors; hence, let's learn a little more about his career in the following subheading.

Has Been Associated With Different Companies

During the beginning of Jason's professional career, he worked as an associate at Shearman & Sterling LLP from 2007 to September 2010. Later, at Givaudan, from July 2009 to March 2015, Kakoyiannis looked after marketing, business development, and strategy. In addition, he is also a board member for Motif Ingredients, Allonnia, and Arcaea.

Moreover, the law graduate is a member of the 1888 Management LLC board of directors, which the Koch family runs. Furthermore, Elizabeth Koch's husband has been serving as an advisor and head of strategic ventures at Ginkgo Bioworks, Inc. since April 2015. Since September 2021, he has worked as a managing partner at Ferment Co.

Alongside having a prosperous professional career, Jason also shares an enduring and thriving marriage. Hence, wouldn't it be interesting to learn about his love life and bond with his wife, Elizabeth?

Also, you might be interested in reading the life story of a businessman and author, Grant Cardone.

Has An Enduring Marriage

As stated earlier, Mr. Kakoyiannis is a happily married man. He has exchanged the wedding vows with Charles Koch's daughter, Elizabeth Koch. Jason Kakoyiannis' wife is a successful and independent woman. She is also the founder of The Tiny Blue Dot Foundation, a nonprofit organization dedicated to neuroscience that seeks 'to explore the nature of consciousness and its place in nature.'

Furthermore, the duo are doing exceptionally well in their professional careers and are each other's support system. Unfortunately, very little is known regarding their wedding timeline and relationship history. They have preferred to maintain their love life undercover. 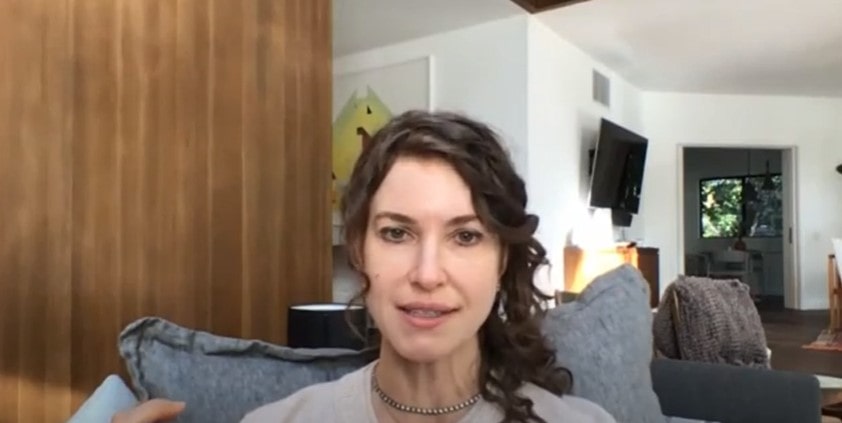 A proud husband, Jason has always been there for his wife, and he is incredibly proud of his spouse's achievements. Similarly, Elizabeth is also supportive of her beau's career and has stuck with him through thick and thin. Although the couple prefers to keep their personal life low-key, we hope their marriage will last forever, and they will be more vocal regarding their love in the coming days.

Well, it's hard to answer, considering the Kakoyiannis-Koch couple hasn't disclosed much about themselves. Even after being together for some time, it looks like the lovebirds haven't welcomed any children. Maybe it's a mutual decision, but we look forward to hearing their kids' news in the coming days. Or, there are chances that Jason Kakoyiannis's children have been kept out of the limelight.

Whatever the reason, hopefully the Bioscentric founder will reveal about his marital life in the upcoming days. As Jason has always been a secretive person, he hasn't talked about his upbringing, parents, or birth date.

Nevertheless, Elizabeth Koch's husband's story is truly inspiring. The hard work, efforts, and dedication he puts in his field of work are commendable; undoubtedly, many people look up to him. We hope to hear more stories of his success in the coming days. Hopefully, he will live a content and happy life with his wife and close ones. Our best wishes go along his way.