David Koch was a businessman, political activist, philanthropist, and chemical engineer from the United States. He started working for Koch Industries 1970, the country's second-largest privately owned corporation. The American businessman was Koch Industries' executive vice president right up to his retirement in 2018 owing to health reasons. He passed away on August 23, 2019.

Koch was a proud dad of two boys, John Mark Koch and David Koch Jr., alongside his gorgeous wife, Julia Koch. Besides, he also has a daughter named Mary Julia Koch. David Koch's sons are still young, so they must be enjoying their life immensely. But do they share their dad's passion for business? We will discover out in this article.

Are Staying Away From The Limelight

The billionaire pair initially encountered in January 1991 during a blind date, but Julie did not have a good impression of the date. However, later that year, they ran into each other once more at a party and began dating. They eventually wedded in 1996 at David Koch's Southampton home on Meadow Lane after she quit her job in 1993. 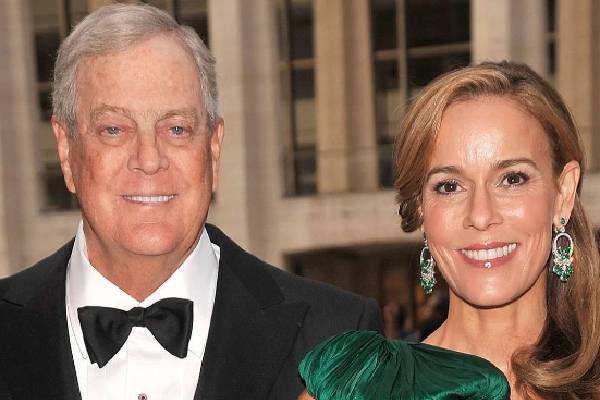 The couple share two sons, David Jr. and John Mark, and a daughter, Mary Julia. Being a private individual, David himself avoided using social media. So, the boys had always been shielded from attention by the Koch couple. As a result, they have not been seen by the public or the media and do not appear to be active on any social networking sites. Nonetheless, David Koch's sons and daughter must have grown up having great times.

In addition, David Koch's son, David Jr., reportedly graduated in 2021 with a Bachelor's degree in Political Science and Government. He is currently employed by Madison Square Garden Sports Corporation as a Membership Experience Executive. In 2019, the billionaire's eldest son served as an analyst and an intern at NYU Langone Health. He also interned at Creative Artists Agency.

On the contrary, David Koch's daughter, Mary Julia Koch, 23, majoring in history at Harvard University, is scheduled to receive her degree in 2023. She presently serves as the Harvard Independent's chief editor and contributes to The New York Sun. Julia also received her training at the School of American Ballet in New York City.

David Koch's sons, daughter, and wife received a 42% ownership stake in Koch Industries after he passed away in 2019. Their combined net worth is $57 billion as of 2022.

Many people undoubtedly wonder whether David Koch's children, David Jr. and John Mark, have shown any interest in the field of their family business. John must be focusing on their academics now, while David Jr. is working on building his career outside of his family business.

David Jr. and John Mark's dad held 42% of Koch Industries as of 2010 together with his brother Charles. In addition, he had four American patents. Before leaving Koch Industries in 2018 owing to health concerns, the late billionaire worked as executive vice president of the company.

Maybe one day, David Koch's sons will succeed more than him. We hope that the lads will have successful days in the future. Nonetheless, whatever career they choose, their mom must be proud, and their dad must be watching over them.