Anthony Pritzker is a member of the Pritzker family and an heir to the Hyatt Hotel fortune. Image Source: Social Media.

The Pritzker family, an entrepreneurial and philanthropic American family, is among the wealthiest families in the country and has consistently ranked in the top 10 of Forbes magazine's list of 'America's Richest Families' since it started compiling such lists in 1982. The 20th century saw the rise of its fortune, particularly with the establishment and expansion of the Hyatt Hotel's Corporation.

Similarly, today we will talk about a member of the Pritzker family and an heir to the Hyatt Hotel fortune, Anthony Nicholas Pritzker, who also serves as the managing partner of the Pritzker Group. Hence, stick with us till the end of the biography to find out more about his professional career and personal life.

His Parents Have Passed Away

The influential personality was born to a Jewish family in the United States on January 7, 1961. He was welcomed into this world by his dad, Donald Nicholas Pritzker, and his mom, Sue Sandel. While Anthony Pritzker's father was a renowned entrepreneur and the president of Hyatt Hotel, not much has been revealed about his mother. Furthermore, his parents exchanged wedding vows on June 10, 1958.

Although Anthony grew up in an affluent household, he had to bear the loss of his parents early. His old man, Donald, died in 1972 at 39 due to a heart attack while playing tennis at his hotel in Honolulu. Similarly, Anthony's mother also passed away in a car accident in 1982.

The businessman grew up alongside his elder sister, Penny Sue Pritzker, and a younger brother, Jay Robert Pritzker. His oldest sibling was the 38th United States Secretary of Commerce, and his youngest sibling is the Governor of Illinois.

Likewise, talking about his educational background, Anthony graduated from Menlo School, and later, he attended Dartmouth College and completed his Bachelor of Arts/Science. Besides, the Hyatt heir completed his MBA from the University of Chicago.

Anthony's fortune primarily comes from his inherited wealth from the Hyatt Hotel and his business endeavors while involved in the Pritzker Group. It is led by Anthony, and his brother, Jay Robert Pritzker, was involved in the company until he became governor of Illinois in January 2019. Additionally, The Pritzker Group also owns a share in Elon Musk's rocket company SpaceX.

The Dartmouth graduate managed middle-market manufacturing and distribution businesses for 20 years, including those that were a part of the Marmon conglomerate of the Pritzker family. As of October 2022, Anthony Pritzker's net worth is estimated to be $3.7 billion. Pritzker's wealth increased significantly in 2021 due to the gains from a stock transaction that he and his brother kept in Marmon.

Moreover, throughout his career, the business-minded persona has also been actively involved in different organizations. From 1985 to 2001, he served as the vice president of The Marmon Group, where he was responsible for managing a group of companies.

Pritzker directed operations at Arzo, Micro-Aire, Oshkosh Door, MD Tech, and Fenestra. Likewise, Anthony has also held the position of regional vice president of operations for Getz Bros. & Co. in Asia and president of the Fenestra Corporation. Aside from that, he also worked as the president of Baker Tanks from 2000 to 2004.

In addition, Anthony is also involved in several charitable works, such as serving as chairman of the board of UCLA Institute of Environment and Sustainability, being a member of the Advisory Board of the RAND Corporation's Center for Asia Pacific Policy, and more. He also sits on many boards of advisers.

Overall, with such hustle and a well-earned fortune of $3.7 billion, Anthony surely must be proud of himself and is leading a comfortable lifestyle. He has made several investments regarding properties and once listed his 12,289 sq ft. Bel Air house for $21,990,000. Additionally, the business tycoon owned a $37 million worth Superyacht Ramble on Rose.

His Wife Is A Counseling Psychologist

Every successful relationship is based on a solid foundation of compassion and emotional support. Being a supportive partner is paying attention to, supporting, and assisting your partner, so they know you're there for them through anything. Similar is the case with the multi-billionaire Anthony.

Pritzker is a loving and supportive husband who has always been there for his spouse, Jeanne Kriser. Although the wedding details of the pair haven't been revealed on the Internet, they have been together for several years. Furthermore, Anthony Pritzker's wife is the founder of a non-profit organization, Foster Care Counts, that is devoted to bringing attention to the issue of foster children.

In addition, Jeanne is the Counseling Psychologist at UCLA Semel Institute for Neuroscience and Human Behavior. She attended The Chicago School of Professional Psychology and studied Doctor of Clinical Psychology, Psy.D. 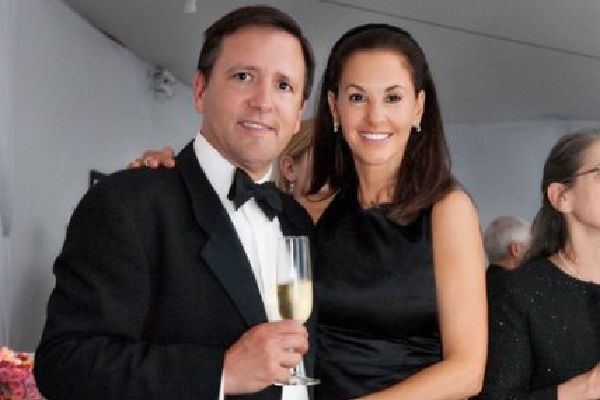 Moreover, the duo do several things together and have been involved in several philanthropic activities. In 2020, Pritzker and his spouse Jeanne Kriser Pritzker gave $30 million to UCLA to remodel the Psychology Tower, and it was later renamed, Pritzker Hall.

Nonetheless, the couple seems to have an enduring and thriving marriage, and we hope their bond will keep growing fonder.

A father's care and compassion will always be a source of strength throughout a person's life, even though his emotions and fears are hidden, and his love isn't verbalized. They assist us in finding our feet; therefore, we ought to respect and care for them in return. Similarly, Anthony Pritzker's children also work hard to make him proud and acknowledged.

A kind and loving dad of six children, Anthony leaves no stone unturned to provide what's best for his kids. Now, let's get to know more about them.

Anthony's daughter, Jennykate Pritzker, is working at Runaway The Label, and she attended New Roads School. Likewise, information regarding his other two daughters, Liz Pritzker and Daisy Pritzker, hasn't been revealed yet.

Moving on, Pritzker's son, Nicholas Pritzker, worked at Jean-Georges Restaurant and previously also served in the United States House of Representatives. However, much is yet to be disclosed regarding Anthony Pritzker's other son, Jay Pritzker, and his sixth kid.

Nonetheless, we hope all the Pritzker Private Capital CEO's children will always remain healthy and happy. Our best wishes follow their way.

Overall, Anthony Pritzker is a savvy businessman, a loving husband, and a doting dad. He has a well-balanced personal and professional life, and we wish him the best in his future endeavors.