Mark Rogowski, 5 Facts About The Ex-Skateboarder Who Is Convicted Of Murder

Home Crime & Rumor Mark Rogowski, 5 Facts About The Ex-Skateboarder Who Is Convicted Of Murder.

With overwhelming participation and growth worldwide, skateboarding has become one of the most popular sports in the 21st century. The sport has created its own community, allowing skaters to turn what was once considered merely a hobby or pastime activity into a legitimate career.

However, it wasn't always like that. Initially introduced in the 1940s, skating did not get much attention from the crowd until much later in the form of vertical skateboarding.

In the mid-1980s, skateboarding pioneers like Tony Hawk, Stacy Peralta, Mark Gonzales, etc., helped popularise the sport among younger generations. Nevertheless, one name is always left out when mentioning skateboarding legends of the '80s: Mark Rogowski, also known as Gator.

Former professional skateboarder Mark accumulated enormous fame for his wild skating style and cocky attitude between the 1980s and 1990s. He was often considered among the top skateboarders across the globe. The American skater had it all; a successful career, a sizable fortune, and a beautiful blonde girlfriend. But, Gator lost it all in one night when he brutally murdered Jessica Bergsten in a fit of jealousy and revenge.

Here, we will talk about some interesting facts about this former skateboarding icon who turned into a convicted murderer.

Raised By A Single Parent

The ex-skateboarding champion was born Mark Anthony Rogowski on 10th August of 1966 in Brooklyn, New York. Shortly after his birth, the Rogowski family moved to Escondido, California, where he spent most of his childhood alongside his older brother.

Growing up, little Mark didn't have the privilege of a peaceful and fulfilling childhood. Instead, as a toddler, he had to witness his parents' constant disputes and ugly fights. Eventually, when he was three years old, his parents decided to call it quits and went separate ways.

Afterward, Mark and his brother were raised single-handedly by their mom. Even though his dad's departure left the family financially devastated, his mama worked vigorously at different jobs to provide young Mark with a proper upbringing. 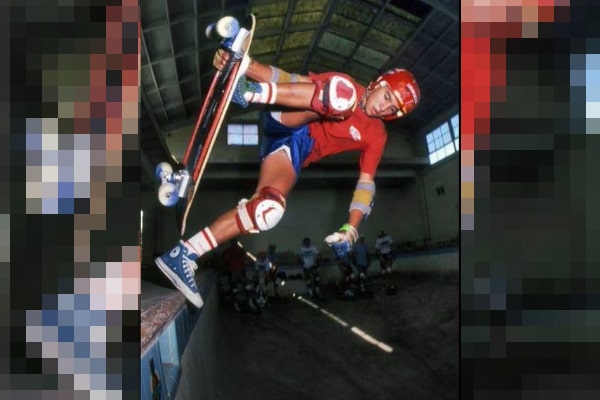 To escape the reality of his family's struggles and hardships, Mark picked up skating as a hobby in his teenage years. Since then, he would frequently spend multiple hours in skate parks practicing and honing his crafts.

Although he only started staking as a recreational activity, Rogowski soon realized he was pretty good at it. Consequently, he began participating in various skating events and tournaments in the neighborhood.

Mark was able to attract hundreds of viewers with his impressive crafts and magnificent aerobic maneuvers. As a result, at the tender age of 12, he was picked up by a local skating team.

Later on, in 1982, Mark made his mark on the professional scene after winning the Canadian Amateur Skateboarding Championships held in Vancouver, British Columbia. Two years later, he became a national champion and then adopted 'Gator' as his nickname. 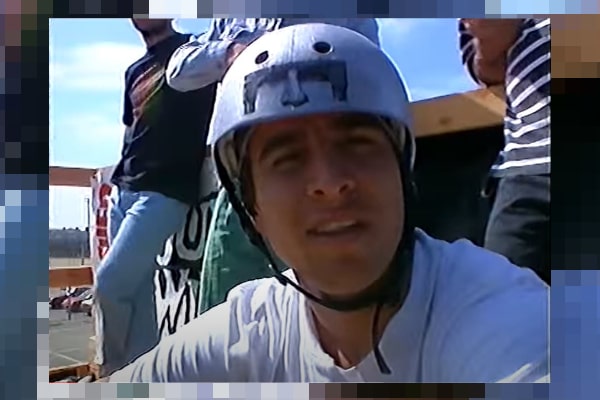 Mike Rogowski, popularly known as Gator, rose to prominence alongside many other skating pioneers due to his prolific skating tricks. Photo Source: Social Media.

At the time, Rogowski was counted among the elite skaters who enjoyed considerable stardom alongside Christian Hosoi, Tony Hawk, Lance Mountain, and Steve Caballero. His fame led him to sign lucrative contracts with well-known brands like Gullwing Truck and Vision.

The former professional skater reportedly made $4,000 and $8,000 per month through clothing and equipment endorsement deals. In addition, he raked in thousands of dollars through merchandise sales from Vision. Subsequently, Rogowski had accumulated a sizable net worth through his professional success and brand deals during his glory days.

Womanizer In His Prime Time

Former American skateboarder Mike's success in the mainstream at such a young age also attracted many girls. According to rumors, he was actively engaged in multiple intimate relationships and dated several beautiful partners.

Even though most of Rogowski's past relationships are unknown, his affair with famous American actress Patricia Arquette made headlines in April 2021. Arquette's reply to a Twitter prompt about bad dates led to the internet finding out about her short-lived affair with Mark.

As per Patricia, the pair met through a mutual friend. Later on, Mike made a move and asked her out on a date. However, the actress was not impressed by the way the former skater kissed her during their second date. Thus, she provided him with an incorrect phone number at the end and the duo never saw each other again.

However, it wasn't his bad date with Patricia that resulted in Rogowski's notoriety. Rather, his tumultuous relationship with Brandi McClain was the reason behind the downfall of Mark Rogowski. 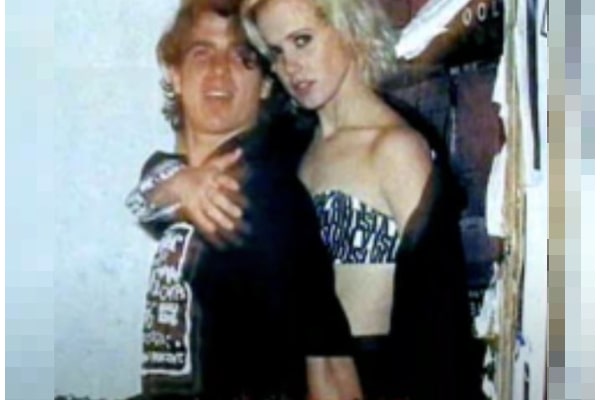 In 1987, the former pro skater was introduced to Brandi McClain and her friend Jessica Bergsten while performing at a skate show in Scottsdale, Arizona. The charismatic and flamboyant persona of the skater made Brandi fall in love with him.

As such, began the turbulent and long-term relationship between the couple, which would later be the very reason for Jessica's death.

Over the years, Mike developed a severe drinking problem. He would often drink too much and lose consciousness while partying with friends. Little did Gator know that one such occasion would change his life forever.

During his visit to West Germany to attend a tournament, Mike was partying with his friends in a hotel. At the time, he was heavily drunk and barely holding on. The same night, he fell from the hotel window and sustained a horrible injury. Whether Mark fell on his own or was pushed by someone else remains a mystery to this day.

After getting discharged, Rogowski returned home to Carlsbad and started his rehabilitation. During his recovery, he befriended Augie Constantino a born-again Christian, who was also an ex-surfer.

The ex-skateboarder was heavily influenced by Augie's spiritual values and religious beliefs. As a result, he became a born-again Christian under Augie's guidance and started following Evangelicalism.

Afterward, Mark made significant changes in his lifestyle and often carried a Bible in tournaments and events. Furthermore, he also forcibly tried to marry his then-girlfriend Brandi McClain after four years of dating. The Gator claimed that they could not engage in sexual activities without getting married.

Nevertheless, Brandi was not impressed with Mike's sudden change of behavior. Consequently, she broke up with him and moved back to her parents' house.

Following his breakup with McClain, Mark entered into a state of depression and jealousy. According to various reports, he even barged into her house to steal the gifts he gave her. Moreover, he went to lengths and threatened her new boyfriend as well as Brandi herself.

It was during this time that Jessica showed up in San Diego. On 20th March 1991, Rogowski and Jessica met for the first time in years. After having lunch together, the duo went back to their condo.

A week later, Jessica's father, Stephen Bergsten, filed a case for Jessica's missing. The police department in San Diego searched extensively but found no clues about Jessica. Nevertheless, campers found her dead body in the middle of a desert on 10th April 1991.

The following day, Rogowski turned himself to the police and admitted guilt to Jessica's murder. As per the former skate champion, he snuck up on Jessica before hitting her head with a metal club and making her semi-conscious. Afterward, he handcuffed her and raped her while she was shackled to his bed.

Mike further explained that he was concerned that his neighbors would hear Jessica's screams. So, he placed her inside a surf bag and put his hand over her mouth till she died. Gator then drove to the Shell Canyon desert and left her body to rot. 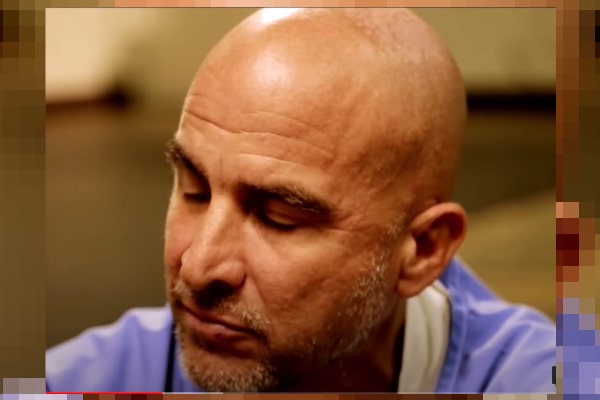 It was later revealed that Augie Constantino was the one who encouraged Mike to confess his crimes to the police. As of 2021, the former American skateboard champion is incarcerated at Donovan State Prison. His numerous attempts at getting parole have been repeatedly denied.

However, having created such a sensation both due to his career and the murder, many still remember Mike Rogowski's name. Moreover, his story has been immortalized through documentaries and TV shows.