Gary Young is an American BMX rider, who has appeared in dozens of X games. Photo Source: Gary Young's Instagram.

There have been many great riders in BMX over the years. However, only a few athletes, such as Daniel Dhers, Steven Cisar, Van Homan, and others, have been able to hold down a BMX career for over a decade. And one of such veteran BMX riders is Gary Young.

Young began his BMX journey in the early '00s. Since then, he has made seventeen X Games appearances and is a four-time X Games medalist. Furthermore, the cyclist has scored top-five finishes in eleven of his eighteen park contests. As a result, he is one of the most formidable opponents in the racecourse.

Although Gary Young's career has had many glorious moments, it has gone through many obstacles. Let's discuss them in this biography.

Garry Young Had An Unexpected Upbringing

The professional cyclist was born on May 4, 1983, in San Diego, California. His parents divorced when he was only four years old. Gary Young's mother was into drugs and never really worked much. It caused them to be poor and also provided young Gary with a new view on life.

On the contrary, Gary Young's father was educated, responsible, and had a stable job. The contrast between his parents' choices made Young realize the differences between bad and good earlier in his life. 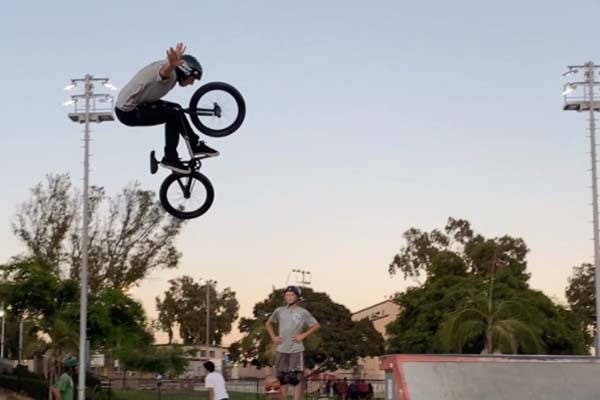 Gary Young had a rough childhood due to his parents' separation and his mother's addiction issues. Photo Source: Gary Young's Instagram.

During that time, the rider began learning bike riding as an escape from family problems. Eventually, he began practicing new tricks and stunts and became serious about the sport. Furthermore, after graduating from high school, Young started to participate in races professionally.

Gary Young Net Worth And Career

The BMX pro has been an inspiration to many young riders. His front flips, flying off the ramp, tail whipping, and other tricks look dangerous yet fascinating. So, Gary Young's net worth mainly comprises his income from his BMX career. However, it also includes his earnings from his prize money, endorsement deals, sponsorships, video features, etc.

But the pro cyclist hasn't revealed much about his income to the public. Nevertheless, the average salary of a professional biker is $27 an hour and $56,452 a year. With more than two-decades-long experience, Gary Young's earnings per year must be higher than the given amount.

Gary initially began as a dirt rider due to the lack of skateparks. However, after it was built, he started to practice in the park and honed his skills. Moreover, the BMX rider made his debut in X Games in 2002. He finished in the fifth position in the BMX Park category.

The athlete has competed in BMX Park, Dirt, Big Air, and Best Trick categories over the years. In addition, he has appeared in numerous Dew Tours. Young's best result was in the 2010 Alli Dew Tour, where he ranked fourth.

The sportsperson is the winner of the 2019 Vans BMX Pro Cup World Championships' Men's Raddest Trick. His riding skills have also earned him a NORA Cup for Ramp Rider of the year.

Thus, Gary Young's net worth must have increased alongside his prosperous BMX career.

Income From Endorsements And Sponsors

Since he entered the BMX world, Young has been sponsored by Vans. He has also been featured in Vans Illustrated. Moreover, the sportsman is a brand ambassador for Vans BMX, Sunday Bikes, Odyssey BMX, S1 Helmets, etc.

Gary has collaborated with Sunday Bikes and Odyssey to create his signature bike. It is a limited edition costing $1,818.10 (AU $2,499.99). Some of its specifications are tabulated below:

The BMX pros bikes are in high demand and are often sold out completely. Hence, Gary Young's earnings also benefit from his bike sales and endorsements.

Alongside competing in BMX, the San Diego native is a family man. He is happily married to his partner Sarah Young. Moreover, the latter is an entrepreneur and owns a baby shop named Young Apparel Co.

The pair started dating in high school. As such, they have grown together both career-wise and emotionally. Moreover, Sarah supported Gary's BMX dream from earlier on. She understood his passion and stood by his side.

The couple married on July 20, 2006. They are enjoying marital bliss even after all these years and have welcomed two children together. 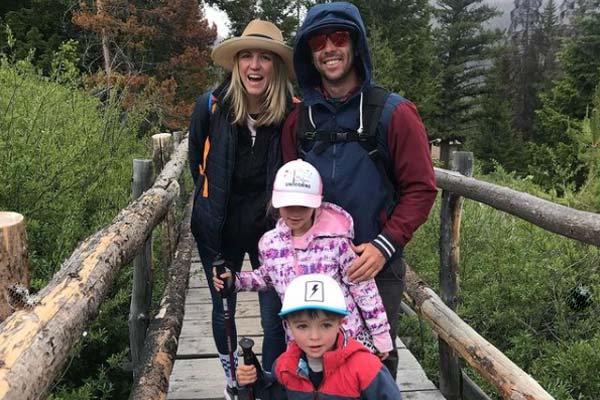 Gary Young is currently enjoying a comfortable life with his spouse and children. However, he is still actively participating in races and going on BMX tours all around the globe.

Hopefully, we will continue to see him gracing performing tricks on the ramps in the future.