Van Homan is one of the legendary figures in the BMX world. His career achievements are not limited only up to the competitions but outside of it too. Moreover, the cyclist is an all-around BMX rider with lots of tricks up his sleeve. For instance, he amazed the world by tail whipping the Kona gap for Road Fools' video in 2016.

Alongside competing professionally, the athlete is known for his legendary BMX videos. Fans from all around the globe love his dangerous and craziest stunts. Furthermore, Homan gained much recognition after starring in Criminal Mischief in 2001. He performed some of the never-before-seen grinds in the short video.

So, let's get to know more about Van Homan's BMX career and private affairs.

Is A New Jersey Native

The BMX rider was born on November 21, 1979, in Pennsville, New Jersey. He comes from a loving and supportive family. Moreover, Van Homan's grandfather and father were heavily interested in boat racing. Their competitive nature might have inspired him to contest earlier in his career.

Likewise, Van Homan's mother might have likely supported his career choice from earlier on.

The cyclist began riding from the age of twelve. However, there were not many parks to practice in his hometown. As a result, the young guy began depending on whichever street was available to him for riding. And, he soon started competing as a racer in the local tournaments. 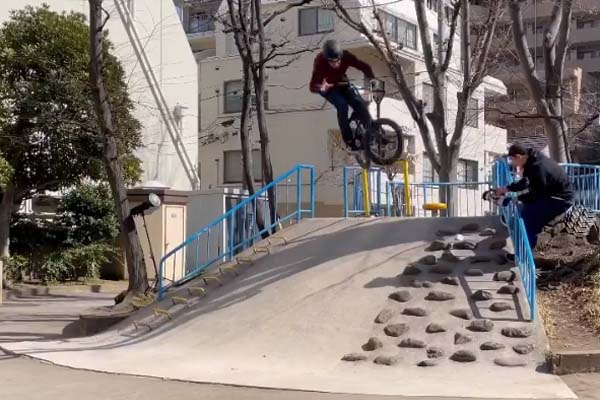 When he was young, Van Homan practiced on any available spaces and streets due to fewer parks. Photo Source: Van Homan's Instagram.

Homan had to balance both his practice and academics while attending high school. Nevertheless, he once skipped his senior prom to participate in X Games dirt qualifiers.

Van Homan Net Worth And Career

The sportsman has spent more than two decades in the BMX world. He has created a vast fandom from his hard work and performances. So, Van Homan's net worth mainly comprises his earnings from his BMX career. Besides that, it also includes his income from endorsements, merchandise, movies, etc.

Aside from his professional career, Van is currently a coach for the Japanese Olympics BMX team. He is responsible for teaching the participants all the basics and advanced skills. It also adds up to Homan's salary at present.

Aforementioned, Van Homan kicked off his career as a racer. Soon afterward, he began practicing dirt jump and started competing professionally. Moreover, the sportsperson made his debut at the 1998 X Games' BMX dirt contest. He finished the game in the tenth position.

Afterward, the dirt jumper competed two more times in X Games in 1999 and 2000. He later stopped doing dirt competitions and changed his riding style to street riding. As a result, Van began competing in a park and street contests. He soon began participating in the BMX park and street sections of X Games.

Homan achieved his career's best results at the 2008 X Games. He finished second after the winner Garrett Reynolds in the event. Furthermore, the rider played in park and street events of the 2009 X Games. He ended the latter in third position.

Let's take a look at some of his stunts.

Eventually, the American player decided to stop competing after two decades of his career. Nonetheless, he was still actively riding and creating BMX videos with his sponsors.

Amidst all this, Van was invited to coach for the Japanese team for the 2020 Tokyo Olympics. Unfortunately, he briefly returned to the U.S.A. due to the cancellation of the games from the Covid-19 pandemic.

However, after the Olympics was rescheduled, the former rider traveled back to Japan. He coached the Japanese contestants participating in BMX freestyle.

The game was eventually won by Logan Martin, with Daniel Dhers following behind as a runner-up.

The coach hasn't revealed his earnings to the public as of yet. Nonetheless, the average salary of a professional cyclist amounts to $27 an hour and $56,452 yearly. As a veteran, Homan's salary must be higher than the given range.

Thus, Van Homan's net worth must have increased throughout the years of his career.

Well, the Olympic coach has also partnered up with Fit Bike Co. to create his signature BMX frame. It is a limited edition with a Little Devil/Fit Collab logo on the head tube. Moreover, the frames cost $407.09 ( AU $559) in the market. Its specifications are listed below:

As one of the legendary BMX riders, many people follow and admire Homan. They are also particularly interested in his dating status. Furthermore, the sportsman hasn't shied away from talking about his partner in media. He is currently in a relationship with Jillian Bussey.

Van Homan's girlfriend, Jillian Bussey, is a yoga instructor working at the Three Queens Yoga. According to her insta bio, she is a hotdog lover and uses the pronoun she/her. 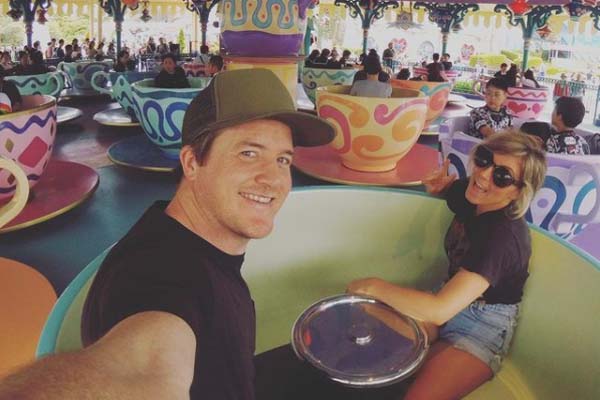 Going through their Instagram accounts, the pair must have begun dating from 2017 onwards. They often share each other's pictures and keep their fans updated about their current status. Furthermore, the couple also goes on vacations and travels together.

At present, Homan is in Japan working while his lady love is in the U.S.A. Nonetheless, despite being in a long-distance relationship, they seem to be doing fine. Moreover, although the duo hasn't announced their wedding date, it certainly doesn't seem to be far away.

Van Homan is still practicing and learning new BMX stunts each day. He still has a long way ahead regarding his coaching career. Hopefully, we will continuously see him gaining more success in the future.