Daniel Dhers is a Venezuelan BMX rider who was a runner-up in the 2020 Tokyo Olympics. Photo Source: Daniel Dhers' Instagram.

Daniel Dhers is not a new name in the BMX world. He has been a professional cyclist since 2006. Moreover, the rider performs some of the most challenging flips and stunts on the stage. He specializes in freestyle and amazes the viewers with his flying, frontflips, and jumps in the ramp.

The BMX rider has competed and won numerous competitions throughout the years. For instance, he is a five-time gold medalist of X Games. Furthermore, the sportsman also made his Olympian debut in the 2020 Tokyo Olympics in Men's BMX freestyle. He was one of the most anticipated contestants in the game.

So, how much has Daniel Dhers accomplished in BMX cycling; let's find out in this biography.

Quit Cycling Initially But Picked It Up As A Teenager

The professional cyclist was born Daniel Eduardo Dhers, on March 25, 1985, in Caracas, Venezuela. He got his first cycle at the age of four. Moreover, Daniel Dhers' mother tried to teach him bike riding, but he always fell over. So eventually, the young guy decided to stop learning bikes.

When he was young, the rider's friends and neighbors would often cycle around the neighborhood. He got inspired watching them and tried cycling again at the age of twelve. However, this time Daniel learned cycling quickly and developed a strong passion for it. He would even skip school to ride a bike.

Daniel Dhers' father and mother got tired of his antics, and the latter chained his bike to a truck to stop him. Although it didn't stop the teen from cycling, it made him focus on his school. 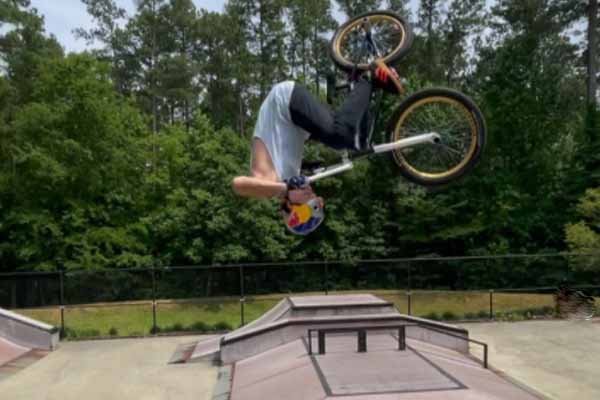 The rider's family moved to Argentina when he was sixteen years old. There he met many experienced riders and began learning from them. Soon, Dhers began competing in the local competitions.

Daniel Dhers Net Worth And Career

The pro rider has been showcasing his talents for nearly two decades. He is an inspiration for many young and new riders out there. So, Daniel Dhers' net worth mainly includes his earnings from his cycling career. However, it also comprises his income from his prize money, sponsorships, endorsements, etc.

Alongside competing professionally, Daniel is also a businessman. He owns a public biking, BMX, and skateboarding park with his business partner. It also adds up to Dhers' earnings.

Aforementioned, Daniel Dhers got a new outlook regarding bike riding after moving to Argentina. Compared to his hometown, the new place contained many parks and talented riders. Furthermore, the young guy could practice the tricks and flips found in BMX magazines. Eventually, he made his debut at the BMX contest in 2003.

Afterward, Daniel participated in the 2004 Latin X Games. Additionally, he finished as the top South American rider in the competition. Following his success, the competitor received an invitation to the BMX training facility in Woodridge, Virginia. There he trained for three months on a meager budget.

The rider was thinking about quitting cycling mid-way due to financial problems and subpar performances. However, he changed his mind after winning his first title at the 2006 Dew Action Sports Tour.

After obtaining the 2020 Urban World Series title, Dhers was selected for the 2020 Tokyo Olympics. He faced off against Australian Freestyle BMX rider Logan Martin in the finals. Sadly, the Venezuelan rider couldn't be a victor and finished as a runner-up at the Olympics.

Although the cyclist has gained much success, he hasn't revealed his income to the public. Nonetheless, as per ZipRecruiter, the average salary of a professional cyclist is $27 per hour and $56,452 yearly. With more than decade-long riding credentials, Daniel's salary must be pretty high than the given amount.

Thus, Daniel Dhers' net worth must have increased over the years.

The Olympian initially had a difficult time training due to the lack of proper parks. So, after gaining enough success, he teamed up with Abel Zalcberg and founded Daniel Dhers Action Sports Complex in 2013. It is located in Holly Springs, North Carolina. 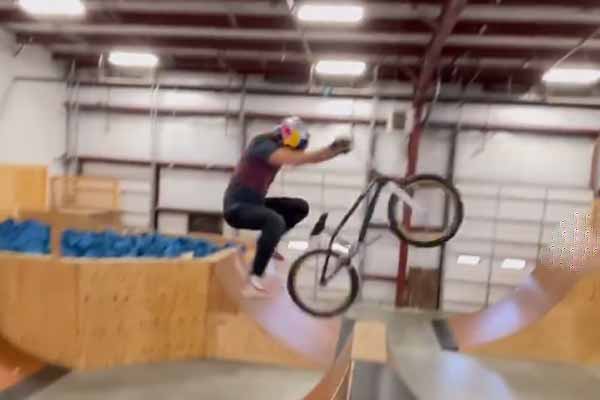 The company is one of the best skating and biking training facilities. Its classes and venues are often packed all year long.

As a top BMX rider, many brands and companies are eager to endorse Dhers. He is currently sponsored by Red Bull, POC Sports, ALBE's BMX, VERIZON, etc. Moreover, the sportsperson is a brand ambassador for Fist Handwear, Crank Brothers, Profile Racing, etc. In addition, the retired BMX rider Mike Laird custom-designs his bike.

The pro rider also has his own line of merchandise. His merch includes T-shirts, hoodies, masks, stickers, totes, mugs, etc. Some of their prices are listed below:

Furthermore, the sportsman has a YouTube channel that features him interacting with his fans. He also uploads vlogs, video messages, reviews, etc., on his channel. Moreover, according to Social Blade, Daniel earns $11- $169 monthly and $127- $2K annually from his account.

As a veteran BMX pro, Daniel has garnered a massive fandom for himself. Alongside his career accomplishments, many of his fans are interested in his dating and marital status. However, the Olympian is a private person and has kept silent regarding his relationships.

Daniel Dhers' wife isn't seen on any of his YouTube videos and Instagram posts. Likewise, he hasn't revealed his girlfriend or partner in any of his interviews. So, at present, Dhers is likely single and unmarried. And even if he is married, he is doing an excellent job hiding his spouse from the media. 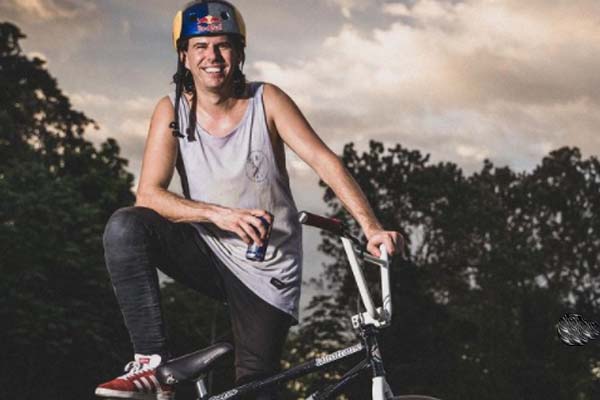 Daniel Dhers had a successful Olympic journey though he didn't win the gold medal. He is still looking forward to more bike racing in the upcoming days. Hopefully, we will see him giving more fantastic performances in the future.