John Tomac is a retired professional cyclist who has been inducted into the Mountain Bike Hall of Fame and the United States Bicycling Hall of Fame. Photo Source: Social Media.

People love to live a life of adventure, thrill, and excitement, which is why humans have invented activities like bungee jumping, skydiving, and rafting to enjoy the adrenaline rush and live off of that high. Likewise, although cycling may seem like a tame sport, people have managed to introduce a lot of excitement to it. Mountain biking, road racing, and long cycle marathons are examples of how we have made a leisurely activity thrilling.

One of the most notable names who live off the thrill of biking is John Tomac. The professional cyclist was active for two decades, won many events and competitions, and has even been inducted into the Hall of Fame for mountain bikers. Although Tomac has retired from the sport, he is still one of the most well-known cyclists.

Let us learn more about the man who won the 1991 Cross Country race, John Tomac.

Childhood And The Passion For Racing

John Tomac was born in Owosso, Michigan, on November 3, 1967. The racer started to take part in competitions when he was only six years old. As he had a lot of time to practice and get better at racing, he won the event when he made his professional debut a decade later.

John Tomac's father worked at a General Motors factory while his mother worked in various fields of work in their hometown. It was maybe due to his dad's involvement in motors that led John to love cycling a lot more. The World Champion also has an elder sister, but her identity has been kept private.

After making his professional debut in 1984 at 16, the racer had an upward climb before him. Throughout his career, John Tomac participated in BMX racing, Mountain racing, cross-country races, downhill racing, trials racing, and road racing. The BMX rider surely loved his 2-wheelers.

When asked which type of racing was his favorite, the professional would, without missing a heartbeat, say that mountain biking was his favorite. However, because of the sport's dangers, he would not want to put his life in peril constantly. So, John Tomac would practice on the roads.

The mountain biker certainly has an inspiring career. John Tomac became a highly decorated professional cyclist, from winning small national events to winning the world championships. To honor him and his legacy, John was inducted into the Mountain Bike Hall of Fame and the United States Bicycling Hall of Fame.

During his career, the cyclist raced for many teams. Some of them include Mongoose, Motorola, 7-11 Pro team, and Raleigh Cycles. In 1998, Johnny T formed his own team, Tomac Racing, and continued to play on the team until his retirement in 2005.

Here is an interview of John Tomac where he speaks about racing and family.

When forming his own team, Tomac Attack also opened up his own biking company, Tomac Bicycles, with his business partner Doug Bradbury. However, the rights to the company and the designs were later acquired by the American Bicycle Group. In 2006, businessman Joel Smith bought the rights.

However, John Tomac was still heavily involved in designing the bike despite its rights being with Joel. Sadly, seven years after the purchase, in 2013, Joel Smith announced that the production of Tomac Mountain Bikes would be halted. Both Tomac and Smith were devastated to stop the production as they held the bikes very dear to them. However, one can still find the frames of MTB on sale on sites like eBay.

John Tomac Net Worth And Earnings

As he has won several world championships and represented the USA in World Cups, it has been estimated that John Tomac's net worth is enormous. The professional mountain biker is estimated to have amassed millions of dollars over his 2-decade career. Moreover, his rights to the Tomac bike brand must have enabled him to earn a certain sum of money.

After his retirement, John purchased an 800-acre property at Cortez, Colorado, and opened a ranch. There, he and his wife, Kathy Tomac have a lot of livestock that they take care of. The farm has been named Flying T Ranch and is open for visiting customers.

The couple makes and sells wines on the ranch. The artisanal wine named Flying T was founded in 2015 and cost $30 a bottle. John and his wife grow the grapes used in the production of the wine on their ranch itself. The farm is also open for horseriding and has beautiful oxen and other livestock. 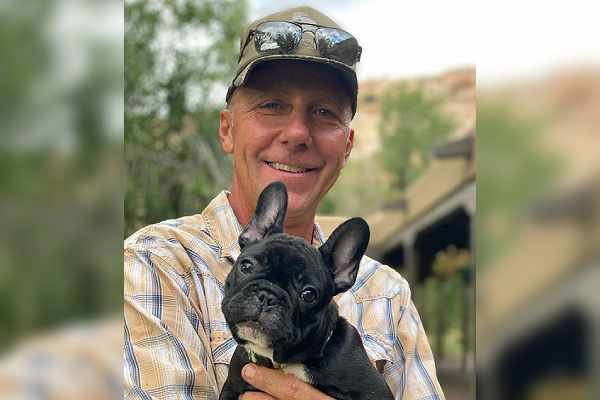 John Tomac has an 800-acre ranch where he has livestock, farms, 2 motor cross tracks and a winery. The wine, named Flying T, sells for $30 a bottle. Photo Source: Kathy's Instagram.

Property like that does not come cheap. However, farmer John seems to love to take care of the property, and he probably does earn some money due to the motocross events organized on the property.

Tomac Attack has been zooming past everyone on a bike for a long time now. So to know that John Tomac's wife grounds him and helps him slow down is a relief of some sort. The winner of the 1991 World Championship has been married to the gorgeous Kathy Tomac for many decades now. The loving couple has two handsome sons, Greg Oswald and Eli Tomac.

Both of John Tomac's sons have grown up and have been successful in their own fields of work. Greg is a pilot in the US Air Force and has dedicated his life to the country. Moreover, the pilot is happily married to his husband, Sam King. Both brothers are incredibly close with one another, and they are each other's number one fans.

Similarly, Eli is engaged and his fiancee Jessica Steiner expressed her excitement to marry the wonderful man shortly. Moreover, the couple is incredible parents to their daughter, Lev Loe Tomac, and are now expecting their second child together. 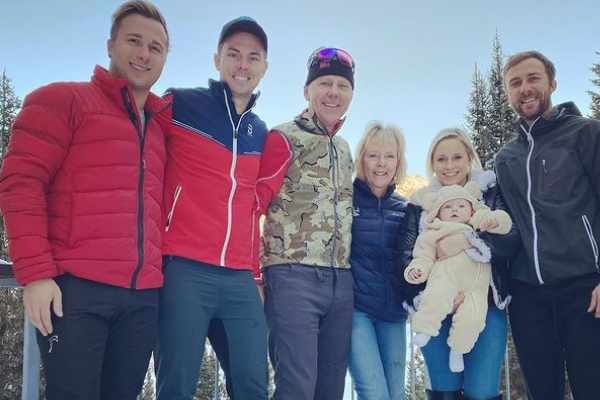 John Tomac has two sons, Greg and Eli. Greg is in the US Air Force while Eli is a motocross racer. Photo Source: Greg's Instagram.

John Tomac's, wife Kathy loves their life on the ranch. She loves to help her husband around, and most importantly, horseriding. In addition, the farm is an excellent place for the entire family to get together and have some family time.

The Son Who Followed HIs Footsteps (Or Rather Bike Tracks)

John Tomac stated that he had been hesitant about his son getting involved in racing. However, despite the retired cyclist knowing the ins and outs of racing and the dangers that come with it, he has been very supportive of his son's career.

While cycling might seem tame in comparison to other sports, athletes like Chloe Dygert have suffered serious injuries after falling down from their cycles.

John Tomac's son Eli is a motocross racer. Like his father, the young dad is a great racer and has been considered a prodigy as he won his professional debut event, the 250cc AMA Hangtown Motorcross season. Eli Tomac became the first rider to do so. Seeing how passionate his son is, John has volunteered to become his manager and thus oversees the rider's schedule.

The professional cyclist is mighty proud of both his children. Moreover, he is a loving grandpa to Eli Tamoc's daughter, Lev Loe Tomac. The future holds significant promises for the Tomac family, and we hope we hear good things about John Tomac in the future.