Chloe Dygert is a ten times World champion and professional cyclist from the United States. Chloe currently races with the UCI Women's WorldTeam Canyon–SRAM and has seven gold medals from the UCI Track Cycling World Championships and one silver medal from the Olympics.

Though many people are familiar with Chloe's career as a cyclist and her accomplishments, few are aware of the specifics of her life and the challenges she faced. So, in this biography, we'll take a glance at her personal life.

On January 1, 1997, Chloe Dygert was born to parents Gretchen Nichols and David Dygert. However, Chloe's parents divorced when she was only three years old. Consequently, Chole was nurtured in an athletic environment by her father alongside her brothers Gunner Dygert and Daniel Dygert from a young age in Brownsburg, Indiana.

Chloé's father, David, is an enthusiastic cyclist who built a dirt-bike track at their Indianapolis home. Like the cyclist, her older brother, Gunner, had been a collegiate cyclist, while her younger brother, Daniel, races cars. However, Chloé's mother, Gretchen, is her fiercest supporter.

Even though Chloe's parents are divorced, the athlete is close to both of them. Dygert frequently posts images of her father and mother on her Instagram to thank them for their unwavering love and support. Her mother reciprocates the affection by sharing pictures to congratulate her daughter on her continued achievement. 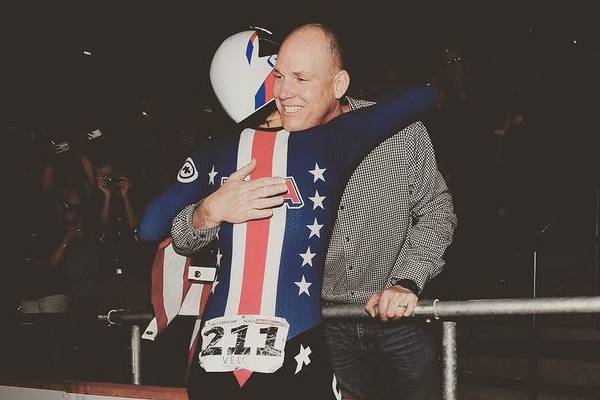 However, Dygert didn't grow up dreaming of becoming a professional cyclist. Instead, the rider grew up playing basketball in Brownsburg High School. Unfortunately, due to her aggressive playing style, the athlete began to suffer injuries, including a cracked nose, a torn labrum, and stress fractures.

Chloe was removed from her basketball team in her senior year due to a ruptured ACL that required surgery. As a result, the athlete needed considerable physical therapy to regain her mobility and strength.

After that, the cyclist decided she was done with sports and enrolled at Marian University to complete her education. Finally, Chloe's father gave her the final push to pursue a career in cycling, and much to everyone's delight, the athlete has built a name for herself.

Career as A Professional Cyclist

Chloe Dygert's professional cycling career began at an early age and progressed quickly from there. She won national junior titles in road racing and individual time trials and two Junior World titles in those disciplines in 2015, when she was only 17 years old. Chloe then received an invitation from the US cycling organization. 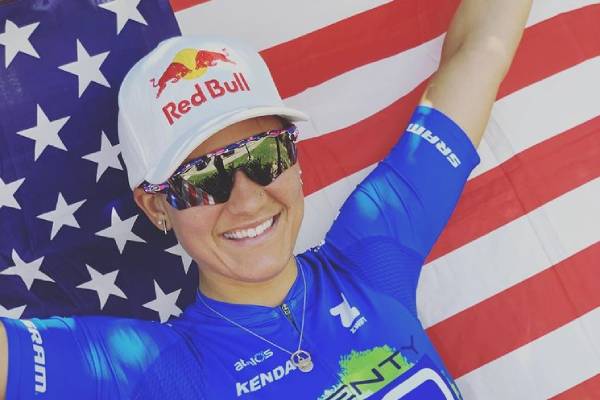 Since her debut as a cyclist, Chloe Dygert has won a many championship and holds ten world champion title. Image Source: Chloe Dygert Instagram.

The athlete debuted in the Global Cup in London in March 2016 as a US four-in-four team pursuit team member and went on to win the World Championship. Dygert was nominated to compete in the Olympic Games in Rio de Janeiro in the same year, where she won a silver medal in the team pursuit.

Chloe won the world championship in the singles pursuit at the 2017 UCI Track Cycling World Championships in Hong Kong. In the same Championship, the athlete also won the team pursuit for the second time, alongside Kelly Catlin, Jennifer Valente, and Kimberly Geist.

In 2018, Chloe broke two world records in a day, and she won the title for the World Championship. Her time in the finals surpassed that of the world champion in road cycling time trials, Annemiek van Vleuten.

The athlete was involved in a terrible accident today at the 2020 UCI Road World Championships in Imola, Italy, after a devastating fall during her trial. Chloe lost control of her bike and crashed into a barrier, flipping it over the guardrail. Consequently, the athlete suffered a severe laceration in her left leg, which needed surgery.

According to USA Cycling, she was treated on the spot by medics following the incident, then transported to a hospital in Bologna, Italy, for surgery. Chloe has recovered from her operation. The athlete made a full recovery and continuously updated her fans on her progress, letting them know that she will not stop her from pursuing her career and making an even bigger name for herself.

Chloe Dygert signed a four-year contract with UCI Women's WorldTeam Canyon–SRAM in November of the same year, starting with the 2021 season. The athlete is currently competing as a cyclist in the 2021 Tokyo Summer Olympics.

Chloe Dygert Net Worth and Earnings

The American athlete has nearly two decades of experience in the cycling industry. As a result, Chloe Dygert's net worth is primarily generated from her professional cycling career. However, the athlete keeps the details of her earning to herself.

Nonetheless, the prize money for cycling world championships is enormous. Given that Chloe has won the championship ten times, she is almost certain to have taken a hefty sum of money home with her. In addition, the United States Olympic & Paralympic Committee (USOPC) awards $22,500 to athletes winning the silver medal. 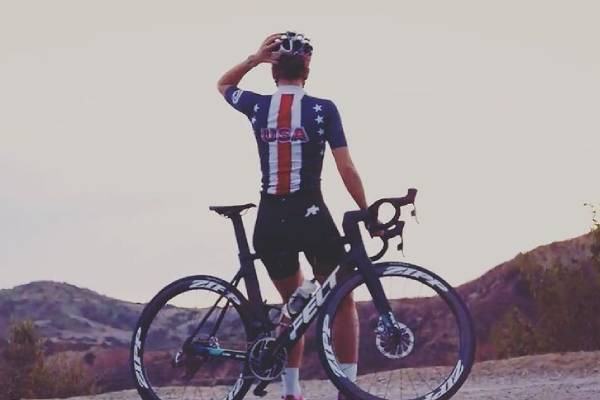 Chloe Dygert's net worth must have increased significantly with all the prize money she has received for winning several championships and titles. Image Source: Chloe Dygert Instagram.

Furthermore, the total prize fund for the UCI Track Cycling World Championships is estimated to be around $588,565. The biker has won seven gold medals in the aforementioned event, indicating that she has made a fortune. With all of the prize money she has received in all of the championships and races, Chloe Dygert's net worth must have increased tremendously.

Chloe has amassed a large fortune from her career, but the athlete still has a long way to go. Maybe in the future, Dygert will earn an even bigger name for herself and surpass her current net worth.

In November 2016, Chloe got married to American cyclist Logan Owen and even took his surname. However, their marriage did not last long and ended in divorce in January 2020. 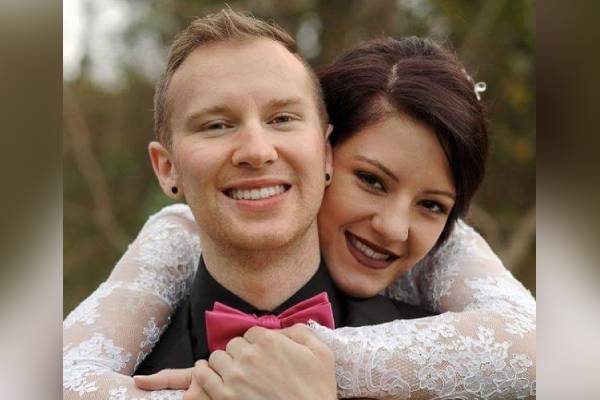 Chloe Dygert and Logan Owen's marriage was short-lived, since the couple divorced in 2020, after four years of marriage. Image Source: Chloe Dygert Instagram.

The now-divorced pair used to share their love of cycling and would frequently go on rides together. Later, Chloe's then-husband revealed how he would always have to let her win while cycling up the hill to their house.

Chloe and her ex-partner are both quiet people who want to keep their personal lives private; as a result, neither party has disclosed the reason for their divorce. Many fans have speculated that Chloe's crash was a result of her broken marriage. The athlete, on the other hand, is adamant about not discussing the cause of the accident.

Going through Chloe Dygert's Instagram, there is no indication of her being involved romantically with anyone else. Dygert may be so preoccupied with her profession that she has little time for flings or romances. On the other hand, it is also possible that she is trying to keep her connection hidden from prying eyes. At the moment, the athlete appears to be unmarried and focusing on herself.

Chloe Dygert's ex-husband, however, seems to be having the time of his life going to places with his new girlfriend, Shenaya.