There is hardly any single hip-hop fan who hasn't heard of the legendary Snoop Dogg. He has been making his presence known in the music industry since 1992. Moreover, the rapper has often topped multiple album charts such as Billboard 200, Billboard's Top R&B/Hip-Hop Albums, Billboard 100, etc. Alongside his musical career, Snoop is also a family man and Cori Broadus is his youngest daughter.

Like her father, Cori has also ventured into the music industry. She has released many songs over the years. Furthermore, although the emerging artist seems to be living a grandeur life, it is far from the truth. She suffered mental trauma and nearly took her own life in the past years.

So, what exactly led Snoop Dogg's daughter Cori Broadus' life to spiral down the depression route; let's get to know in this biography.

Born Into A Loving Family

The media personality was born on June 22, 1999, in California. She is the only and youngest daughter of Snoop Dogg. Moreover, Cori Broadus' mother, Shante Monique Broadus, is an entrepreneur and philanthropist. The latter is an owner of Boss Lady Entertainment and executive manager of her husband, Snoop Dogg.

Broadus' parents were childhood sweethearts who later married in 1997. However, the couple nearly divorced back in 2004. Furthermore, it was Snoop who filed for divorce stating irreconcilable differences. Nonetheless, he didn't go through it and worked on his marriage. As a result, the couple renewed their wedding vows in 2008.

Cori's family has always been supportive of her achievements. For instance, her parents and siblings attended her high school graduation ceremony at Ramon C. Cortines School of Visual And Performing Arts.

The singer is the third child of Snoop Dogg and Shante Broadus. Her eldest brother, Corde Broadus, and his partner, a spiritual guru, Soraya Love, are proud parents of two children named Elleven Love and Sky Love. In addition, the pair's second son Kai Love died after ten days of birth on February 25, 2019. 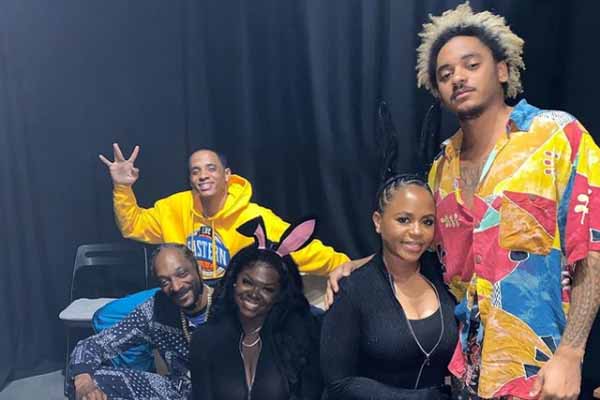 Cori Broadus' second brother, Cordell Broadus, was initially a football player. However, he later changed his career to the film and fashion industries. Moreover, the former athlete also has two baby girls with his long-time love Phia Barragan.

Cori also has a half-brother named Julian Corrie Broadus. The latter's mom Laurie Holmond had an affair with Snoop Dogg in the late 1990s.

Cori Broadus' Net Worth And Career

The musician has been part of the music industry for nearly a decade. As such, she has accomplished both popularity and fortune from her profession. So, Cori Broadus' net worth mainly comprises her earnings from her music career. Besides that, her income also comes from her acting in documentaries and music videos.

The artist is also an entrepreneur like her parents. She is the CEO of the Beauty and Cosmetic brand CHOC Factory. Further, the company is launching its new product, Choc Lips, on August 30, 2021. It is also benefitting Broadus' salary.

Speaking of Cori Broadus' father, Snoop Dogg is one of the wealthiest rappers in America. His albums have sold out millions of copies right after their release. Moreover, the hip-hop artist's career earnings from 2007 to 2020 totaled up to $157 million. Hence, Snoop Dogg's net worth stands at a gigantic $150 million.

Snoop Dogg's daughter Cori Broadus made her musical debut at the age of ten. She released a pop song titled Do My Thang in August 2011. Furthermore, the young singer released the track via her mother's Boss Lady Entertainment Label. She presents a young and fresh vibe in the song.

Alongside releasing her own records, the pop singer has starred in her father's songs too. She was featured on the track of his 2015 album No Guns Allowed. In addition, Cori also joined the Canadian rapper Drake in the album.

The vocalist released her first EP 21 in August 2020. Some of her songs and their prices on Amazon are as follows:

The musician recently dropped a single titled Wait in July 2021. It is available for streaming on YouTube, Apple Music, and SoundCloud.

Thus, Cori Broadus' net worth must have increased throughout her music career.

The artist is active on all of the social media platforms. She also has a YouTube channel under the name CHOC. Moreover, the account features her music videos, live singing, audio videos, etc. Cori also interacts with her followers and often uploads vlogs, challenges, daily life updates, etc.

According to Social Blade, the Youtuber's estimated earnings amount to $3- $51 monthly and $38- $614 yearly. The YouTube channel also has 15.2K subscribers and more than 650K total video views.

Hence, Cori Broadus' income must also be somewhat benefitting from her YouTube channel.

The R&B artist has always been in the limelight from a young age. So, naturally, her relationships have always been under the media's radar. However, no news of Broadus' dating ever surfaced. Eventually, she revealed her partner in an Instagram post in 2019.

Cori Broadus' boyfriend, Wayne Duece, is the co-owner of CHOC Factory. He is also a creative director of Wayne Bernard. Co. Moreover, the pair often share romantic shots and clips on their Instagram accounts. They also frequently appear together in Cori's YouTube account. 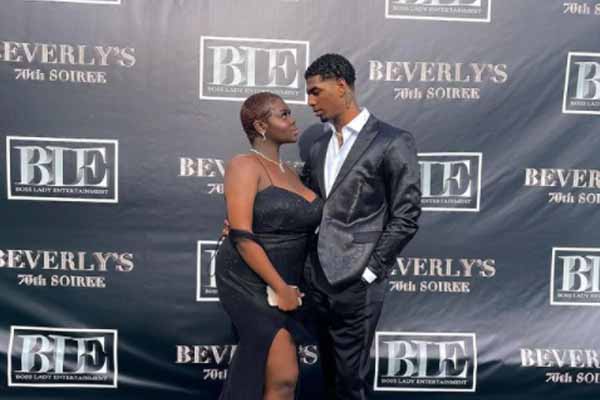 Broadus' partner, Wayne, has also been a great supporter for her during her difficult times. He was also featured in her song With You in 2020. Furthermore, the couple often travels and goes on vacations together. They occasionally address each other as husband and wife on their posts, so the marriage date is certainly not far away.

Although Snoop Dogg's daughter Cori Broadus was born into a financially successful family, she wasn't in good health. She was diagnosed with lupus at the age of six. Moreover, the illness caused the songstress to gain weight rapidly. Additionally, she was bullied in school for her skin color and weight.

The feeling of isolation from her peers almost made Cori attempt suicide at thirteen. However, she controlled herself and overcome both illness and insecurity. Still, the entrepreneur had a breakdown after her boyfriend, Wayne Duece, got into an accident. She booked a hotel room and was planning to end her life. Thankfully, her family found out and hospitalized her. 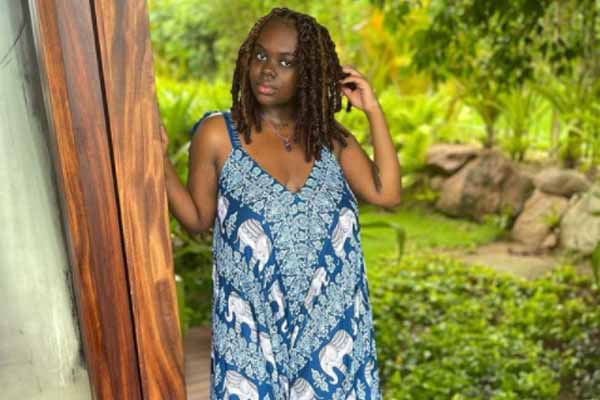 Although Cori Broadus suffered from depression and had suicidal thoughts, she is gradually overcoming her fears. Photo Source: Cori Broadus' Instagram.

At present, the musician is slowly overcoming her mental trauma and depression and beginning to love herself. Her family and partner are supporting her in her mental wellness journey. Hopefully, Cori Broadus will be mentally healthy and prosperous in her career in the upcoming days.