Corde Broadus is a rapper and song producer, best known for being the son of Snoop Dogg. Photo Source: Corde Broadus' Instagram.

Corde Broadus might be an unfamiliar name for many of you since he leads a quiet, low-key life. However, Broadus is most recognized for being the firstborn of rapper Snoop Dogg. The latter is a hip-hop sensation with nearly three decades of expertise in the music world.

Just like his father, Corde has also ventured into the music industry. He has released many songs throughout the years. However, although the singer had a good family background, life hasn't always been easy. He has suffered many obstacles in his life, including the death of his beloved child.

So, who is Corde Broadus; let's get to know more about him in this biography.

The artist was born Corde Calvin Broadus, on August 21, 1994, in California, U.S.A. He was born out of wedlock. Moreover, Corde Broadus' mother, Shante Monique Taylor aka Shante Monique Broadus, has always led an example for her children. She is currently the owner of Boss Lady Entertainment.

Corde Broadus' brother, Cordell Broadus, is an aspiring model and filmmaker. He left his promising football career to pursue an entertainment career. In addition, the model is married to Phia Broadus and has two daughters named Cordoba Journey Broadus and Chateau Broadus with her.

On the other hand, Broadus' sister, Cori Broadus, is a singer with several tracks under her belt. She shared about her mental health struggles in May 2021. 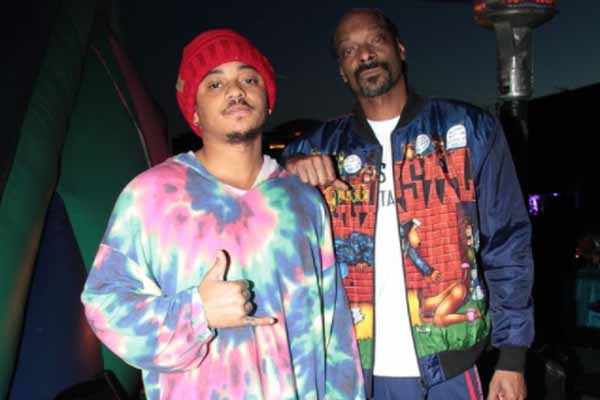 Broadus' half-brother, Julian Corrie Broadus, was born out of an affair between Snoop and Laurie Holmond.

The musician was a quarterback in Diamond Bar High School. However, he quickly lost his passion for football. After graduation, he decided to follow in his father's footsteps and began pursuing a music career.

Corde Broadus Net Worth And Career

Under his father's guidance, Corde has released many songs. He can both rap and sing, which makes his music even more phenomenal. So, Corde Broadus' net worth mainly comprises of his earnings from his music career. Besides that, he also earns a certain amount from television appearances, movie roles, etc.

As for Corde Broadus' father, Snoop Dogg has accomplished both fame and wealth from his career. He has made millions from the sales of his albums over the years. In addition, the hip-hop artist is also known for his successful business ventures. His income also benefits from his acting gigs.

Thus, according to Celebrity Net Worth, Snoop Dogg's net worth stands at a gigantic $150 million and is counted among the richest rappers in the world.

Aforementioned, Corde Broadus got a kick start in the music industry right after high school. His father took him to music studios to learn and provided one-on-one lessons. Eventually, the newbie debuted as Spanky Danky, with a mixtape Gang Green: Jar #2 in 2012. His first title track was In Dank We Trust featuring fellow rapper Kurupt.

Some of Danky's songs from the mixtape are KIC N DA DOE, Hiking Hash Mountains, Kusherous, Sprinklers, etc. In addition, the singer has collaborated with several other artists such as Daz Dillinger, Cardo, 7URA, etc. He was also featured on Dogg's Drop It Like It's Hot and Tha Broadus Boyz- My 2 Boyz alongside his brother, Cordell. In addition, both father and sons have appeared together on shows and documentaries.

At present, Broadus is releasing music under the name Kalvin Love. His tracks are now more focused on spirituality. Some of Snoop Dogg's son, Corde's albums and their prices on Amazon are tabulated below:

The musician is gradually creating a name for himself in the music world. Hence, Corde Broadus' net worth must be increasing alongside the success he is gaining in his music career.

Moreover, his music is also available on numerous streaming platforms like Spotify, Apple Music, and Deezer. His songs have been streamed thousands of times and as a result, Snoop Dogg's son must receive a significant amount.

Nonetheless, Corde Broadus' fortune also benefits from his YouTube and other streaming sites.

Although the artist prefers to stay out of the limelight, he has never shied away from revealing his relationships. He is currently in a relationship with spiritual mentor Soraya Love. Moreover, the latter is a public speaker and activist. She also creates lifestyle products and clothes. 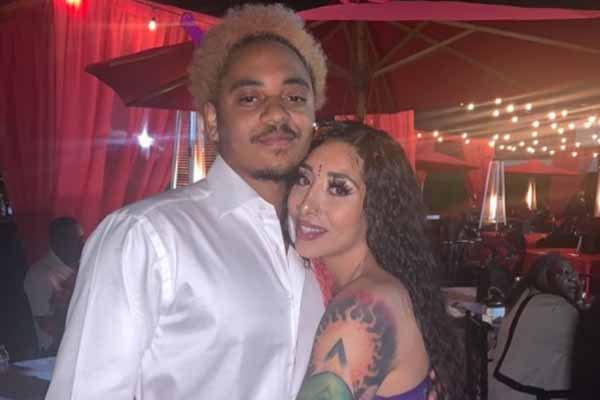 It is unclear if Snoop Dogg's son is a married man or not. However, The Sun had once stated them as a husband and wife. In addition, Corde recently posted a picture of Soraya with only a ring emoji as the caption. This made people think that the pair were already married.

However, neither Broadus nor Love have come forward to clarify the status of their relationship. But seeing that Corde has mentioned spending forever with his Soraya, the pair might be either engaged or have already tied the knot.

The loved-up couple often poses together on their social media accounts. In addition, they often go on vacations and travel together. Moreover, Corde and Soraya share similar thoughts regarding spirituality and religion which must be one of the reasons why their relationship is running smoothly.

How Many Children Does Corde Broadus Have?

Corde Broadus began his family at the age of twenty-one. His ex-girlfriend, Jessica Kyzer, gave birth to his firstborn, Zion Kalvin, in 2015. Although the ex-pair isn't together anymore, they are cooperatively raising their son together.

The musician became a father again after his partner Soraya gave birth to a baby girl. Corde Broadus' daughter, Elleven Love, was born on August 17, 2018.

Corde Broadus' second son, Kai Love, was born on February 15, 2019. But sadly, he passed away only ten days after his birth on February 25, 2019. The whole Broadus family was devastated by the news and mourned the loss of the little one.

Finally, Broadus welcomed his youngest son, Sky Love, on February 21, 2021. He is adorable and growing up healthy. 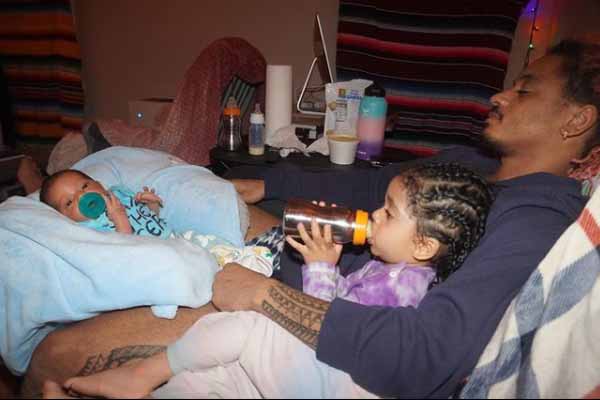 Corde Broadus is a loving father and dotes on all of his children. Photo Source: Corde Broadus' Instagram.

Losing a child isn't easy for anyone. But despite facing such a tragedy, Corde Broadus and his family are coping well and moving forward. Their courage and determination are applaudable and we hope the family finds nothing but happiness in the days to come.