Cordell Broadus is not a new name in the American celebrity circle. He is often seen gracing the covers of notable fashion magazines. Moreover, the model has also participated in many runways over the years. In addition, he has also ventured into the movie industry as a director and actor.

The media personality is best known for being the son of Snoop Dogg. The latter is a legendary hip-hop icon specializing in gangsta rap, reggae, funk, etc. Furthermore, the rapper has been making his name in the music industry since 1992. Therefore, he is an inspiration for many young hip-hop artists.

Snoop Dogg's son, Cordell, was initially a sportsman with a promising future ahead of him. So, why did he suddenly choose a different career route; let's get to know in this biography.

The social media influencer was born on February 21, 1997, in Las Vegas, Nevada. He is the second child of Snoop Dogg. Moreover, Cordell Broadus' mom, Shante Monique Broadus, is a businesswoman and has found fame on her own. She is the owner of Boss Lady Entertainment Label.

Cordell Broadus' elder brother, Corde Broadus, is a gamer and was previously a rapper like their father. He and his partner, Soraya Love, are the proud parents of two children, Eleven Love, and Sky Love. Moreover, Corde has another son, Zion Kalvin, who was born to his former girlfriend, Jessica Kyzer. His late nephew, Kai Love, died from bone marrow cancer only after the ten days of his birth.

Broadus' sister, Cori Broadus, is a singer and entrepreneur. She also recently opened up about her mental health in the media in May 2021. He also has a half-brother named Julian Corrie Broadus. The latter was born out of the affair between Snoop Dogg and Laurie Holmond.

Unlike his siblings, Cordell was interested in sports from a young age. He was a wide receiver in the football team of Bishop Gorman High School. Moreover, the young athlete's senior year at school was chronicled by ESPN in their series Snoop & Son: A Dads Dream. He was rated as the No. 3 prospect in Nevada by Rivals and No. 2 by 247Sports.

After completing school, many reputable colleges such as Arizona State University, University Of South California, etc., wanted to admit Broadus. But, he eventually decided to join the University of California, Los Angeles (UCLA) in 2015. Furthermore, the footballer then joined UCLA Bruins and began training for competitions. However, he decided to quit football and pursue other passions. 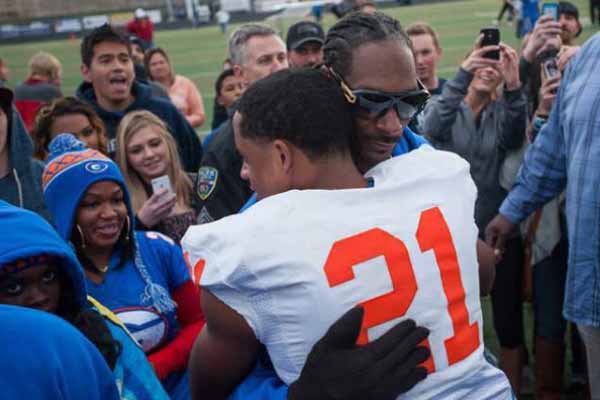 Cordell Broadus was a star football player at his high school but decided to quit the sport. Photo Source: Cordell Broadus' Instagram.

Broadus' decision was met with surprise and many backlashes from the public. Nonetheless, he opened up about wanting to be a footballer for his father rather than himself. The former player added he realized how his dad loved him for who he is rather than his sports achievement. Afterward, he chose to pursue a film production degree and later began his career in film and fashion.

Cordell Broadus Net Worth And Career

Aforementioned, the former sportsperson was criticized for abandoning a glorious sports career. However, Broadus has established himself as a famous model and filmmaker amidst all the doubts and speculations.

So, Cordell Broadus' net worth mainly comprises his earnings from his modeling and film gigs. However, it also includes his income from endorsements, fashion campaigns, show appearances, etc.

Speaking of Cordell Broadus' father, Snoop Dogg has accomplished a fortune from his music career. Millions of copies of his albums have been sold over the years. In addition, Dogg has also earned money from his television works and shows.

Hence, according to Celebrity Net Worth, Snoop Dogg's net worth amounts to $150 million. He is undoubtedly one of the richest rappers in the industry.

Cordell Broadus was passionate about arts and designing from a young age. He used to draw outfits in his notebook but never showed them to others. He even had to put his dream on hold to pursue a football career. Nonetheless, after quitting sports, he began showing his artistic vision and creativity in fashion.

During his university years, the former began designing for many fashion brands. He initially became a creative director for Joyrich. Moreover, the designer created the clothing based on the early 90's hip-hop style influences from LA. He also used his dad Snoop for inspiration. 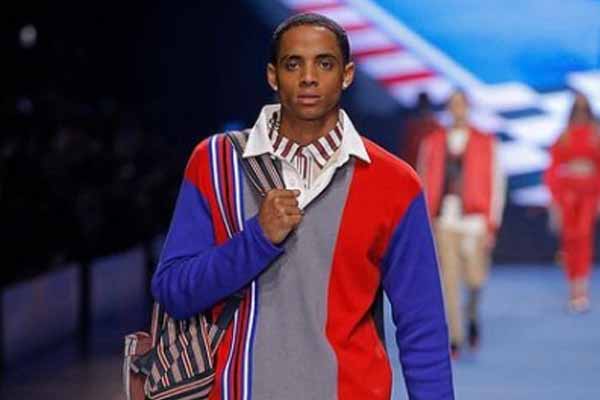 As per Comparably, a male model in the US earns $49K per year on average. And since Snoop Dogg's son has been in the industry for years his total income must be in the same range if not more.

Thus, Cordell Broadus' net worth must have increased over the years with his prospering modeling career.

Aforementioned, Cordell Broadus unlocked his artistic passion from a young age. He watched many movies in his free time, which inspired him to work in the same field. Moreover, the fashion model took filming classes, wrote scripts, and learned editing in high school. He later honed his skills at the college.

The director's first project was for the documentary Christian Audigier The Vif in 2017. He worked as a cameraman on the project. In addition, the producer has created many clips for Joyrich's ad campaign. He has also directed and produced a film for Kangol's 80th anniversary. 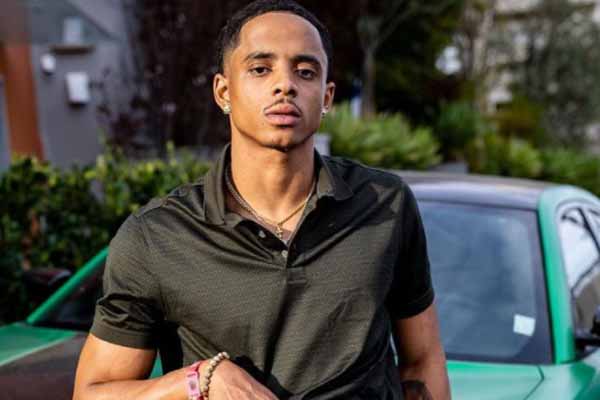 Cordell Broadus has collaborated with many brands to produce and create their ad campaigns. Photo Source: Cordell Broadus' Instagram.

Alongside directing, the filmmaker has also acted on several music videos and documentaries. For example, he was featured on Snoop Dogg's music video, Drop It Like It's Hot. In addition, Cordell has appeared on many television shows. For instance, he was a team captain for an episode of Wild 'N Out in 2018.

Alongside modeling and filmmaking, Cordell is a family man. He is happily married to Phia Broadus. Moreover, the latter is an entrepreneur and a former figure skater. She was a competitive figure skater until the age of fifteen.

It isn't known when exactly the couple started dating. But, going through both's Instagram accounts, it must be in 2017. Furthermore, we aren't aware of the duo's wedding date. Both are pretty private and have kept their relationship lowkey in the media. 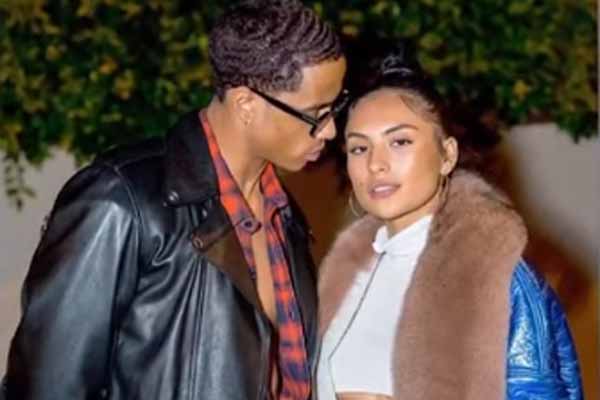 Cordell also has a son named Champion Broadus from his relationship with Marissa Hopkins.

Snoop Dogg's son, Cordell Broadus, is aspiring to be a successful model and film creator and working hard to fulfill his dream. Hopefully, he will achieve his wish as soon as possible.