Brian McKnight Jr. is a well-known name in the music industry. He has been in the business from an early age and has also tried his hand in the film industry. Best recognized as R&B and Soul artist Brian McKnight's son, Brian Jr. himself has found success in his musical career.

The American artist has gone through many ups and downs, both personally and professionally, so fans of the McKnight family are interested in the eldest child of Brian McKnight. Therefore, let's learn more about Brian McKnight Jr.'s biography and other personal details.

The American artist was born to his father, Brian McKnight, and his first wife, Julie McKnight, in November 1990. Both Brian and Julie are a part of the music industry and have found immense fame from their respective careers. Brian McKnight Jr.'s parents raised him alongside his brother, Niko McKnight, who is two years younger than him. 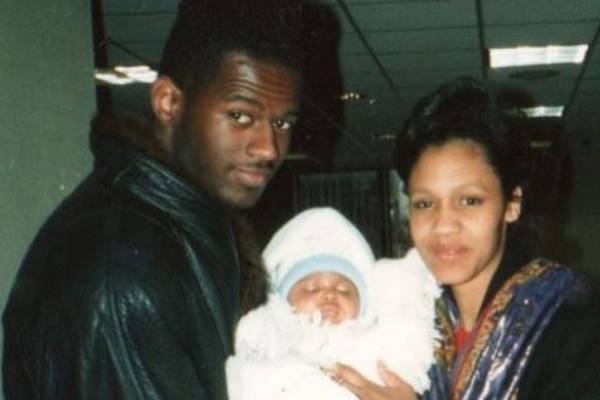 Along with Niko, Brian is also a big brother to Briana McKnight and Clyde McKnight, who are his half-siblings. McKnight has also mentioned another younger sister on his Instagram but there are no details regarding if she is also the daughter of R&B singer Brian McKnight.

Brian McKnight Jr.'s father is now married to Leilani McKnight and is expecting a baby with her as of November 2022.

According to his LinkedIn profile, Brian McKnight Jr. completed his high school at Needham Broughton High School. The school is located in Raleigh, North Carolina so, McKnight Jr. must have spent his early life in NC. However, it is unclear if he was also born there.

Issues With His Father

For many years, Brian worked with his father and was on good terms with him. However, in August 2019, McKnight and his sister, Briana opened up about being abandoned by their father. In a lengthy Instagram post, Briana revealed that she did not have any relationship with her father, and her older brothers were and are the father figure in her life.

While neither party has talked much about the issues, Brian McKnight has alluded that things are still not fixed. Nevertheless, we hope the father-son duo talks things out and reaches a positive conclusion.

While his relationship with his father has turned sour, Brian McKnight Jr. has kept the family name alive through his music. He grew up surrounded by music and had already been on the road with his brother and father at nineteen. He was even featured in some of his father's albums including, Just Me, More Than Words and I'll Be Home for Christmas.

However, Brian McKnight Jr. started receiving attention as an artist after he collaborated with his younger brother, Niko McKnight. His production team, C.A.T.S. (Care About The Sound), including Niko, Thomas Williams, and himself, produced music on various genres like Urban, Country, Rock, and Blues.

The team released an album under the name BRKN RBTZ in 2012. It featured the hit single, Marry Your Daughter, which found international success. Since then, Brian McKnight Jr. has released three EPs and LP which are listed below:

Not only new music, but Brian McKnight's son also worked on his hit single, Marry Your Daughter, and released a new version under Tarsier Records. The release has brought a new life into the song, and it has performed well on various streaming sites. He has also continued to work on new music and released several singles in 2021 alone. It is clear that Brian McKnight Jr.'s career is still growing, and fans are loving his new music.

As a singer, songwriter, and performer, Brian McKnight Jrr's net worth must be grand and he has amassed a fortune throughout the years. He has already put out several EPs and an LP with his production team all of which have garnered similar success. Also, he has collaborated with other artists and became a significant part of their albums. Some of his music albums and their respective prices are listed below:

As seen above, the multitalented singer has produced many EPs and LPs, whose sales must have been enormous seeing his popularity. Also, many of his works are available on streaming sites like Spotify, Apple Music, Deezer, among others. And since he is paid a substantial amount for the thousands of streams on these platforms, McKnight Jr.'s fortune must have benefitted from them.

Additionally, his song, Marry Your Daughter, and its different versions have been viewed thousands of times on Tarsier Records and ABS-CBN Star Music channel on YouTube. And as singer and writer of the hit song, Brian must have pocketed some percentage from the views.

While Brian McKnight Jr.'s net worth is yet to be evaluated, his father, Brian McKnight, has a fortune of $15 million. However, he has continued to make music throughout the years and will undoubtedly earn a considerable sum in the coming days.

In A Relationship And Is A Father Of Two

Talking about his love life, Brian McKnight's son is in a loving relationship. Brian McKnight Jr.'s girlfriend, Adina, is a model and actress who is based in Los Angeles. The pair started dating in April 2018 and have been together ever since.

While there are no details about their love life, on multiple Instagram posts, Adina has professed her love for her boyfriend. She has also stated that Brian helped her overcome various difficulties in her life and called him her knight in shining armor. McKnight Jr. also does not hesitate to share his love for his partner and is constantly posting pictures of her. 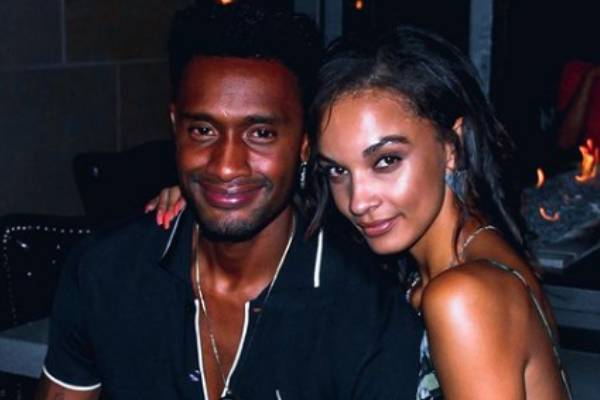 Brian McKnight Jr. has been together with his girlfriend, Adina since 2018. Image Source: Adina's Instagram.

Apart from his role as a boyfriend to Adina, the Marry Your Daughter singer is also a father of two little ones. Brian McKnight Jr.'s children with his baby mama, Lauren Witherspoon are Brian McKnight III and Ember McKnight. His son was born in 2014 whereas his little girl was born in 2019.

While Lauren and Brian are not together romantically, both of them are hands-on parents and spend as much time together as possible to raise their little ones. They even did a Christmas photoshoot together as a family. This showcases the dedication they both have to provide normalcy to their children even though the pair have already gone separate ways.