Over the course of BMX competitions, many pioneers such as Matthias Dandois, Mat Hoffman, and Jamie Bestwick have left a mark on the sport. However, it is no secret that BMX championships pose significant injuries and risks, so only a few talented people rise to the top.

Brian Foster is one of those individuals who started his career at a young age and garnered much fame and recognition over the years. Furthermore, Brian has inspired many young BMX enthusiasts with his incredible skills and outstanding performances.

So, naturally, millions are curious to know about the journey of the American BMX rider. Today, let's take a brief insight into Brian Foster's biography and discover his journey to success.

Brian Foster Was An Athletic Child

Brian Keith Foster was born in Wilmington, Delaware, on June 29, 1972. However, later the Foster family decided to relocate to Joppa, Maryland. So Brian was raised by his parents in Maryland with his two older brothers, one of them being Alan David Foster.

Brian has been riding bikes for as long as he can remember. However, he is not the only BMX rider in his family. Foster's brother, Alan Foster, is also a professional BMX rider and Dirt Jumper. Watching his brother, in particular, drew Brian's interest, and he soon followed in his sibling's footsteps, turning out to be better than him. 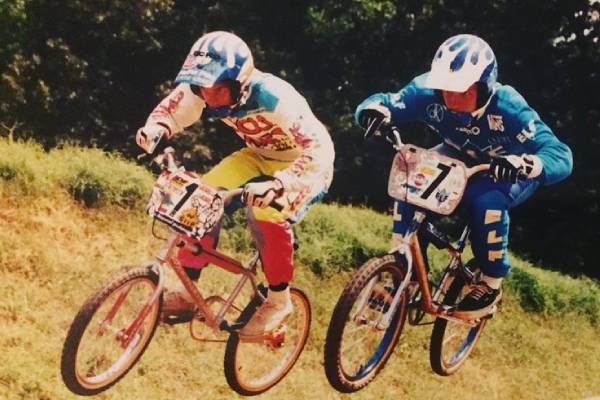 Brian Foster spent most of his free time practicing his biking skills with his brother Alan Foster as a kid. Image Source: Brian Foster's Instagram.

Similarly, Brian's father, Dave Foster, happened to be a motorcycle enthusiast and encouraged the Foster brothers to pursue their passion and even rode bikes with them. Brian appears to be close to his father and has posted a few pictures of him on social media.

However, there has been no mention of his mother on any of his social media accounts. Nonetheless, Brian had revealed in interviews that when they used to play in the dirt, his mother would always caution them not to get wounded, which he says he despised.

Brian is regarded as a BMX legend, admired for his unwavering determination and authentic spirit. So, Foster's parents must be delighted with his accomplishments.

Brian Foster Net Worth and Career

Brian Foster began practicing tricks when he was eight years old. His professional career, on the other hand, started much later. Foster's first race did not go as planned, and his bike's chain broke off, leaving him terrified in the middle of the racetrack, unable to fix it.

However, Foster practiced even harder with sheer determination to better himself and a thirst to prove himself. As a result, he soon became a respected pioneer and champion in the BMX sub-discipline of Dirt Jumping. Consequently, most of Brian Foster's net worth comprises his earning as a professional BMX rider.

Earnings As A Professional BMX Rider

Brian Foster turned pro in September 1991 at age of 19, shortly after the National Bicycle League. On October 27, 1991, he placed third in his first-ever professional race at the American Bicycle Association in the A pro category. 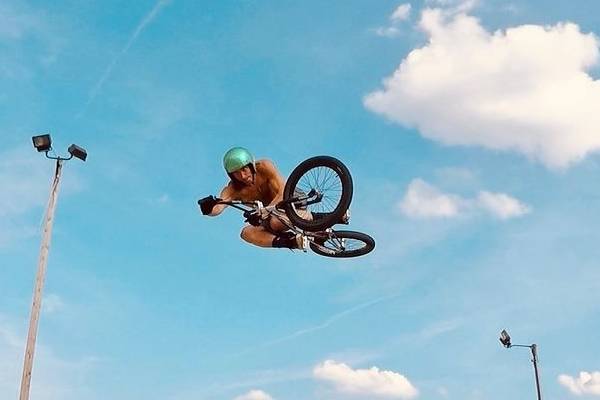 Brian Foster must have accumulated a massive wealth from his winnings as a professional BMX rider. Image Source: Brian Foster's Instagram.

Eventually, the racer rose through the ranks and won his first professional match in "A" Pro on December 29, 1991, at the NBL Christmas Classic in Columbus, Ohio. Foster turned AA pro less than a year later.

Some of Brian Foster's achievements in his later years are given below:

Brian has had a long and successful racing career since joining the BMX team. His journey, however, was not easy, and he opted to retire in 2001 after suffering many injuries.

Nonetheless, although only competing for approximately a decade, he established himself as one of the top BMX racers.

Dave Mirra, Bob Haro, and Chris Doyle are other professional BMX riders who have retired after leaving their mark on the sport.

As per Comparably, the salary of a professional BMX rider in the States ranges from $19,910 to $187,200, with the average wage being around $44,680. And, in Brian's own words, he was receiving cheques faster than he could cash them.

So, Foster must have earned a great deal as a professional BMX rider.

It's no surprise that as one of the best BMX riders, Foster has landed himself into many great deals and sponsorships throughout his amateur and professional career. Some of the sponsorships he earned during his teenage years are JF&S Plumbing, Wheel Power Bike Shop, S&M, and TNT/Goodtimes.

Cyclecraft approached Foster to promote their products while working with TNT/Goodtimes. So, after graduating from high school, he went to work for Cyclecraft, painting bicycle frames. However, after two years, when he began to gain international acclaim, a friend offered him a position at Hyper, which he accepted.

Later, he collaborated with brands like Airwalk, Schwinn, and Fit Bike. In fact, even after retiring, Brian has maintained his sponsorship with Fit Bike and proudly displays his works on his Instagram.

So, without a doubt, Brian Foster's net worth must have benefitted from his sponsorships.

While Brian captured the hearts of many BMX fans during his prime years, he quickly realized that the sport would not be a viable option for him after suffering numerous injuries. So, after his retirement, the former American freestyle BMX champion pursued a career as a physical therapist.

Brian received his physical therapy degree in May 2019 and has worked as one ever since. Unfortunately, Foster has kept the details of his life after the BMX very private. Nonetheless, he does occasionally post about it on his Instagram. 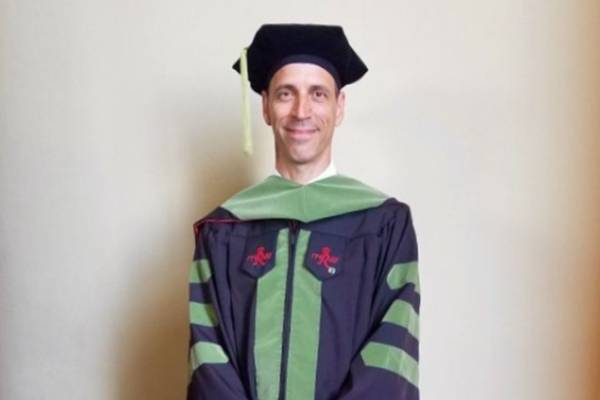 After retiring, Brian decided to pursue a career as a physical therapist and maintains a steady income. Image Source: Brian Foster's Instagram.

A physical therapist's salary varies by state, but in the United States, the average yearly wage is roughly $88,880. In addition, the BMX rider has had first-hand experience with physical therapy, having fractured several bones that required years of medication and treatment to heal. So, Foster is undoubtedly passionate about helping people heal from their injuries.

So, Brian Foster's net worth must have skyrocketed over the years working as a physical therapist.

Aside from having a successful career, the BMX champ has also had great success in love. Brian Foster and Jennifer Foster have been married for 21 years and have been together for more than 32 years. The lovely couple has experienced many ups and downs in their relationship, yet they have never given up on each other.

The now-married pair first started hanging out at the Woodward Camp on Memorial Day weekend in 1989. Jennifer fell in love with the BMX rider at first sight, and when they had to separate to pursue their own professions, they wrote weekly letters to one other.

Brian Foster's wife, Jennifer appears to be a sports enthusiast, and the two might have bonded because of their shared passion for sports. 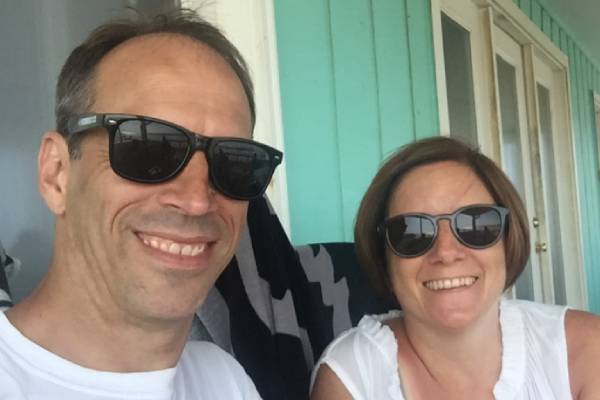 Brian Foster has been married to Jennifer Foster for a long over two decades. Image Source: Brian Foster's Instagram.

While the precise date of the couple's wedding is unknown, they have been enjoying their beautiful marital life since then. The couple's marriage appears to be thriving, and they adore each other. The loving pair constantly posts about one another on social media.

Despite being married for more than two decades, the couple has yet to have a kid. Instead, Brian Foster and his wife are currently focusing on their professions while spending time together on vacations and engaging in enjoyable activities.

Nonetheless, let us hope that they will welcome a child or two in the near future.