Paul Michael Levesque, notably known as Triple H, is one of the greatest professional wrestlers of all time and is currently the Executive Vice President of Global Talent Strategy and Development for WWE. Triple H has won over 23 titles throughout his career and is nicknamed "The King of Kings."

The wrestler claimed his spot in the WWE hall of fame in 2019. He has also appeared in many Hollywood movies as an actor. Some of his films are Grown-Ups, Blade: Trinity, Relative Strangers, A man Among Giants, Lemmy, Inside Out, Scooby-Doo WWE: Curse of the Speed Demon, and Surfs Up: WaveMania. Let's know more about Paul Michael's biography and personal details.

Paul Michael Levesque entered the world on July 27, 1969, to parents Paul Levesque Sr. and Patricia Levesque. He was raised in Nashua, New Hampshire, the United States, with his sister Lynn Levesque. The wrestler attended Nashua South High School and was engaged in sports from a young age. He watched his first wrestling match, which involved Chief Jay Strongbow, with his father at the age of five.

Paul decided to take on bodybuilding at the age of 14, and by 19, he had entered bodybuilding competitions. Triple H won the 1988 Mr. Teenage New Hampshire competition. His determination to become a professional wrestler led him to meet and convince Ted Arcidi, who was a world champion powerlifter, to introduce him to Walter "Killer" Kowalski, who was a legendary wrestler turned instructor. Paul began training at his school in Malden, Massachusetts, in 1992.

Career and Net worth

Triple H made his professional debut on March 24, 1992, for Walter Kowalski's promotion, the International Wrestling Federation (IWF), and won the IWF championship that year after defeating Mad Dog Richard. Two years later, Paul signed a one-year contract with World Championship Wrestling (WCW), where he emerged on his first broadcasted match under the alias Terror Rising. He left WCW to join the World Wrestling Federation (WWF) in January 1995.

Paul made his WWF debut under a new name, Hunter Hearst Helmsley, which was later shortened to Triple H. The wrestler won the Intercontinental Championship after defeating Marc Mero in 1996. He held the championship belt for four months before losing it to Rocky Maivia, also known as The Rock.

In 1997, Triple H won WrestleMania 13 and formed the D-Generation X stable with Rick Rude, Shawn Michaels, and Chyna. He won the European Championship from Shawn Michaels in a fixed match but lost it to Owen Hart a month later. Angered by his loss, he faced The Rock again and defeated him in a ladder match at SummerSlam, winning the Intercontinental Championship. He lost his first WWF Championship against Vince McMahon in 1999 and married his daughter Stephanie McMahon as revenge. He was then known as The Game and The Cerebral Assassin in 2000 and also won his third WWF Championship after defeating Big Show. He went on to win his first WWF Tag Team Championship alongside Stone Cold. 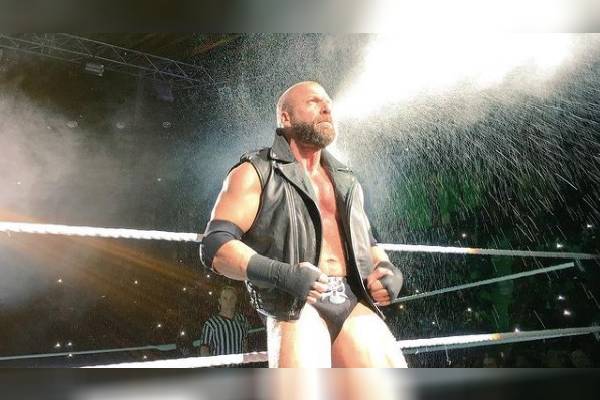 Nothing could stop Triple H from conquering the WWF matches except for the career-threatening injury that outcasted him for eight months. His determination to get back on the ring and pursue other titles helped him recover quickly and get back on the ring. He won the 2002 Royal Rumble and the Undisputed WWF Championship upon his return.

Paul lost his WWF Championship to Hulk Hogan a month later. The King of Kings dominated the wrestling federation against many other wrestlers. He won many WWF and WWE titles after fighting against wrestlers like King Booker, Goldberg, Eddie Guerrero, John Cena, Eugene, and many other superstars. Triple H won his tenth world championship after defeating Cena at the Raw Elimination Chamber match in 2008. He also won the Unified WWE Tag Championship with Shawn Michaels against Chris Jericho and Big Show in 2009.

In 2013, the wrestler defeated Brock Lesnar at WrestleMania 29 and created the stable The Authority, with his wife Stephanie McMahon, which set up handicap matches against any wrestler who challenged his decisions. Triple H claimed his fourteenth title after claiming the World Heavyweight Champion in 2016.

Despite suffering from three life-threatening injuries throughout his career, Paul had managed to recover sooner than expected. However, the wrestler has not been very active inside the ring due to his health issues but has been a guide for the new generation of wrestlers. The wrestler is now the Executive Vice President of Global Talent Strategy and Development and has contributed to forming creative direction and storylines for WWE.

Paul Michael Levesque's net worth is valued at $150 million, which is the combined net worth with his wife, and he is ranked in the world's Top 5 Richest wrestlers. He is known for his professional wrestling career as Triple H and is also the NXT brand founder. The wrestler was appointed as WWE Executive Vice President of global talent strategy and development.

According to the Sports Bible, he has received a salary of $706,019 and his compensation pay package of $3,328,092 for his new role in the WWE. He has also starred in Hollywood movies like Surfs up, Blade: Trinity, The Chaperone, Inside Out, and many other films that add up to the wrestler's income alongside his endorsement deals, merchandise, and video games. 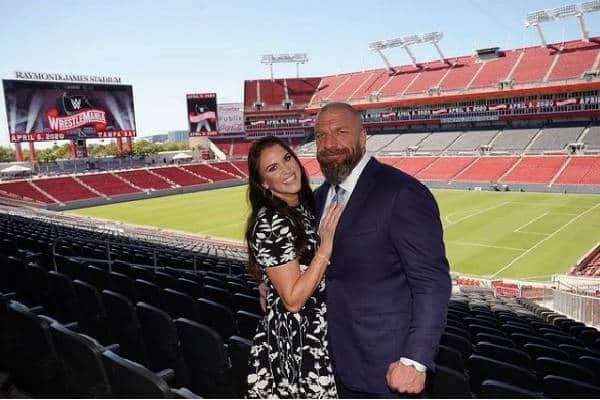 The couples are parents to Vaughn Evelyn Levesque, Aurora Rose Levesque, and Murphy Claire Levesque. Triple H and Stephanie love their kids very much and often spend time together. However,  the couple wants their kids to have a private life and have not shared many details about their children.

Triple H and his two daughters, Aurora and Murphy, have their birthdays in July, while Vaughn and her grandfather Vince McMahon share the same birth date on August 24. Since both of the parents are wrestlers, Triple H's daughter Aurora might follow in their footsteps as she has already started training to become a Women's Champion while her sisters Murphy and Vaughn favor gymnastics and karate