Scottish professional wrestler Drew McIntyre is currently working for a famous American wrestling company, WWE, in their Raw brand. He has been a sports lover since his childhood and used to play soccer as a young kid. He found much fame from his time in the WWE corporation.

Drew is one of the highest-paid male wrestlers. He faced failure at the beginning of his wrestling career but eventually rose to the top. And now, he is one of the successful wrestlers. So, let's learn more about Drew McIntyre's biography and professional job.

Drew McIntyre was born Andrew McLean Galloway IV on June 6, 1985. He was born to his mother, Angela Anne Galloway, and his father, Andrew Galloway Sr, in Ayr, South Ayrshire, Scotland. 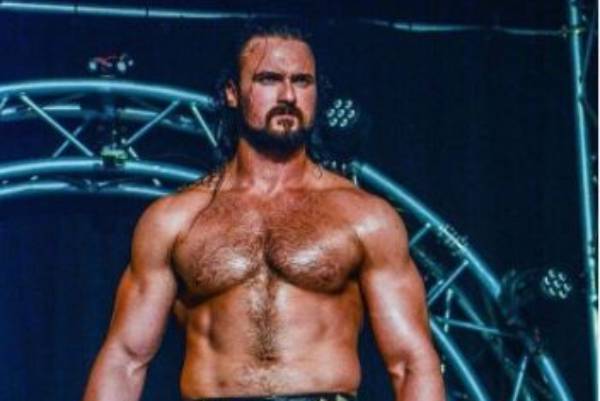 Drew went to Prestwick Academy. He considered being a professional soccer player when he was younger and played for the youth club Prestwick Boys. He went to earn a master's degree in criminology from Glasgow Caledonian University.

Drew McIntyre has been married twice. He was previously married to Taryn Terrel, a professional female wrestler as well as a model by profession. The couple tied the knot in Las Vegas in May 2010, a year after McIntyre proposed to her. However, they divorced in 2011 due to some personal reasons. 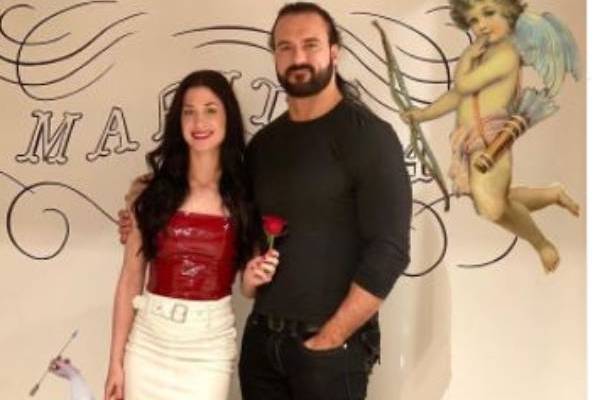 After his failed marriage, Drew has found love again and is currently married to Kaitlyn Frohnapfel. Drew McIntyre's wife, Kaitlyn, is a former college athlete and fitness trainer by profession. The perfect duo met back in 2015 and dated for a while before tying the knot in Florida on December 12, 2016. The couple is yet to have any children, but maybe we will get to hear the good news soon.

Drew began his professional wrestling training at the age of 15. He was trained by Mark Sloan and Justin Richards, and James Tighe at the Frontier Wrestling Alliance's Academy. In 2003, he had made his debut in the inaugural show of British Championship Wrestling, which was operating in the Greater Glasgow area. Before officially debuting in WWE, he competed in different wrestling matches, and at the time, Drew was being managed by Charles Boddington.

McIntyre made his official WWE debut on the edition of SmackDown! on 12 October 2007. After that, McIntyre was moved to WWE's developmental territory Florida Championship Wrestling (FCW). Drew participated in many wrestling matches and heavyweight contests. Again on August 28, 2009, McIntyre re-debuted on the SmackDown brand. He established himself as the villain by attacking R-Truth as he entered the ring, using his new double underhook DDT finishing move. McIntyre faced and defeated John Morrison and became the only SmackDown superstar to survive against Team Morrison.

Before releasing Drew from the WWE contract, WWE rebranded its developmental territory, FCW, into NXT Wrestling. And McIntyre was inserted into the Gold Rush Tournament. He was released from his WWE contract on June 12, 2014.

He then returned to WWE and joined NXT in 2017 and won the NXT championship by defeating Bobby Roode at NXT TakeOver: Brooklyn III.  As of now, he is with the Raw brand, teaming with Dolph Ziggler.

According to meaww, Drew McIntyre's net worth is estimated to be $1.5 million. He is among the highest-paid male wrestlers who has a salary of $550,000 every year. Drew was able to amass such a massive fortune through his work as a wrestler. Furthermore, Drew has also written a book, A Chosen Destiny: My Story. On Amazon, its price at $21.21. Sales from this book have undoubtedly helped him earn a significant amount of money.

McIntyre currently stays in a beautiful house in Tampa, Florida, with his wife.