Sebastian Soto is a rising soccer player from the USA who currently plays for Norwich City as a forward. He is one of the new generation players who has garnered attention from numerous soccer clubs and fans due to his speed and skills on the field. Soto has also played with the US men's soccer team.

The young American soccer player has still got a long way to establish himself as one of the sports' best players. However, people worldwide have noticed him and are eager to know more about the Norwich City player. So here is Sebastian Soto's biography and details about his soccer journey.

Sebastian Soto, born Sebastian Guerra Soto, was born on July 28, 2000, in Carlsbad, California, US. His mother, Monica Soto, is Mexican, and his father, Fabrizio Soto, is from Chile. He grew up in San Diego alongside his two sisters.

Sebastian Soto's family members are all soccer fans and players, which led him to start playing at the age of three. He used to ask for soccer balls as a gift for every occasion and only wanted to play. According to Soto's mother Monica, their house had around 120 balls at one point due to his requests. The talented player's uncle, Eddie Soto, also played for the US youth national teams, while Soto's father used to play college-level soccer for Cal State Fullerton. Eddie also coached soccer teams at many levels, including his work as an assistant coach at UCLA.

The 6 feet tall player wanted to play from a young age so, when he was offered to train at Real Salt Lake Academy, Sebastian convinced his parents to let him join the academy. After much reluctance, Sebastian Soto's parents permitted him, and at fifteen, the young player left home.

Sebastian Soto joined a soccer academy at an early age and launched his youth career as a U-7 player with the Carlsbad Lightning. He also played for the San Diego Surf from U-12 to U17 and was completing his schooling at the same time. This shows the dedication that Soto possesses, which helped him in the long run.

After playing for San Diego Surf in various division, Sebastian moved to Real Salt Lake's youth team in 2016. He spent two years with RSL and then joined the youth academy of the German club Hannover 96 in 2018. Soto debuted for the first team in the Bundesliga league in April 2019. He came on the field as a substitute for Marvin Bakalorz in the match against VfL Wolfsburg.

In the two seasons that he played at the Bundesliga League, Sebastian had only five appearances and did not score any goals. Then in July 2020, the young player signed a three-year deal with English Football League Championship's Norwich City.

However, without even playing a single match for Norwich City, Sebastian Soto was loaned to Telstar, a Dutch professional team for the 2020-21 season. He made his debut for the soccer club on September 28, 2020, and scored two goals against FC Den Bosch. In twelve appearances with the Dutch side, Soto scored seven goals.

Due to his improved performance in the Netherlands, Norwich City recalled the United States forward on January 2021. He is yet to play for the EFL Championship team, but looking at his previous performances, it won't be a surprise if Soto causes a storm in the soccer world.

Like Sebastian, another US player who has signed with a European team is Jozy Altidore.

While Sebastian Soto had already played for various youth teams of professional clubs, he made his debut for the National team only in 2018. He was part of the United States under-19 team and scored five goals in four appearances at the Slovakia Cup. Soto was the top scorer in the tournament and was awarded the Golden Boot.

In the same year, he was selected for the under-20 team and played a friendly match against Jamaica. Soto was then added as a replacement player for the United States' team for the 2018 CONCACAF U-20 Championship. Sebastian continued his national team appearance in 2019 and scored two goals against Nigeria in the 2019 FIFA U-20 World Cup. 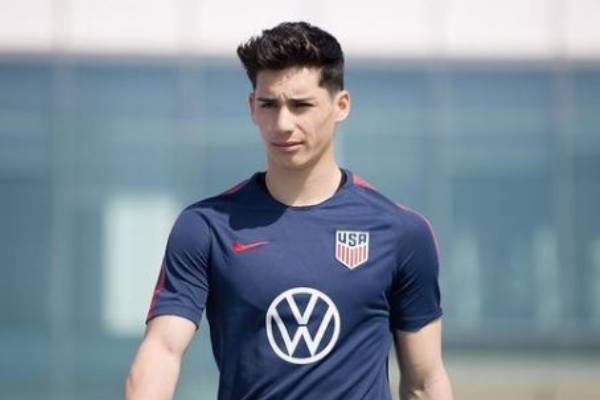 Then in September 2020, the US-born player was called up by Chile's national team for their 2022 FIFA World Cup qualification matches. He was eligible for the role since his father is from Chile. However, he declined and was subsequently called to join the senior United States squad the following month.

Soccer players are one of the highest-paid sports personalities in the world. As a result, many have millions of dollars to their name and continue to earn a significant amount through their salaries and endorsement. As a young player, Sebastian Soto's net worth has several years to match that of the top players.

Sebastian Soto's salary as a player for Norwich City is a closely guarded secret. However, according to Sportrac, Norwich City FC's highest-paid star, Sam Byram's salary is $2.188 million (£1.56 million) per year. Maybe in a few years, Soto will also rise the ranks and become one of the highest-earning soccer players in the club and eventually the world. 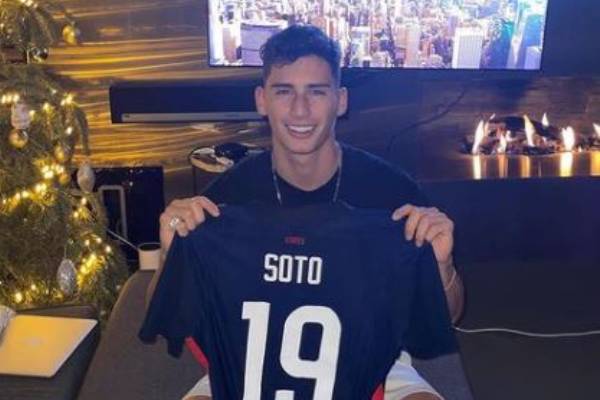 Also, the USMNT player is a Nike Football (Soccer) Athlete and has flaunted the company's products on multiple occasions. In January 2021, he conducted a giveaway on his Instagram where fans could win Nike boots and Soto's jersey. It seems like Sebastian's partnership with Nike has continued to grow, and who knows, in the coming days, he might sign a contract worth millions with various other companies, which will help increase his fortune.

Sebastian Soto has gone through many ups and downs in his career, and people around the world have witnessed all of it. However, one part of his life has managed to stay away from the spotlight, which is his love life. Even after being in the focus of media for so long, the young soccer player's love life is a mystery. His social media pages also do not shine a light on his personal life.

The American player is very secretive about his life and rarely shares information. It looks like we have to wait for quite some time to learn about Sebastian Soto's girlfriend as well as his family life.