Paddy Pimblett might be a new name in the UFC. But, he is certainly not a new face in the MMA fighting world. Moreover, the fighter is a black belt in Brazilian jiu-jitsu and has defeated many opponents inside the ring. In addition, he is known for his confidence and aura in the cage, which shakes his opponents.

The MMA fighter has recorded five wins by knockout and seven by submission in his career. His most notable victory was against Johnny Frachey for the title of Cage Warriors Featherweight Champion. Furthermore, the former champion made a grand UFC debut on September 4, 2021. He scored a victory against his opponent in his first match.

So, let's get to know more about Paddy Pimblett in this biography.

Is A British Native

The fighter was born Patrick Pimblett on January 3, 1995, in Liverpool, England. He doesn't come from a sports background and has risen to the top from his own hardships. Nonetheless, Paddy Pimblett's parents, Mike Pimo and Jackie Pimo have never obstructed him from chasing his dream.

Likewise, Paddy Pimblett's sister, Kirsty Nunnen, has also been supportive of his career. He also has an older brother who prefers to stay away from the spotlight. 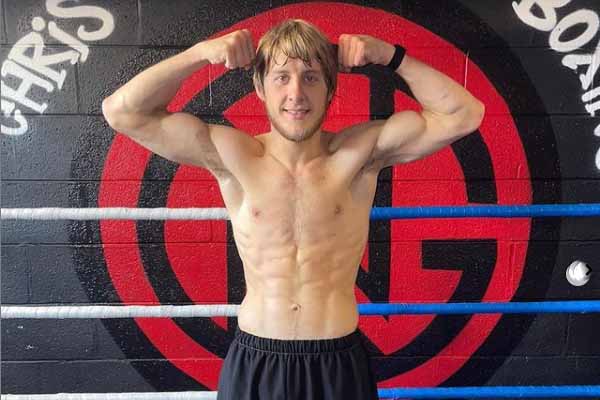 The athlete attended high school in his hometown. He became interested in fighting at the age of fifteen and began training at the Next Generation MMA. Moreover, after completing school, Paddy enrolled in college and tried to balance academics and training together. Unfortunately, he missed the exams due to a wrong date and stopped going to college altogether.

Afterward, Pimblett began learning martial arts and training full-time under his coach Paul Rimmer. And a year later, he made his debut in the MMA.

Paddy Pimblett Net Worth And Career

Since his beginning in MMA, the sportsman has competed in numerous matches. His determination and aggression in the fighting cage have earned him many fans over the years. So, Paddy Pimblett's net worth mainly consists of her earnings from his fighting career. However, it also includes his salary from endorsements, sponsorships, merch, etc.

Although not one of the highest-paid MMA fighters, the Englishman has undoubtedly earned considerable income from his profession. Pimblett's career earnings till September 2021 amounts to $50,000. As he is making tremendous progress, his earnings are bound to increase in the future.

The Liverpool native made his MMA debut under the stage name Paddy The Baddy at the age of seventeen. He recorded four matches out of his participated six amateur fights. Furthermore, Paddy made his pro debut against Nathan Thompson on October 20, 2012. He scored 4-33 and won by technical knockout (TKO).

The MMA newcomer then got the victory against Dougie Scott, Jack Drabble, and the undefeated Florian Calin. Unfortunately, he had his first loss against Cameron Else on October 5, 2013. Nevertheless, the failure didn't affect the momentum of Paddy, and he continued his winning streak in all matches of 2014, 2015, and 2016. 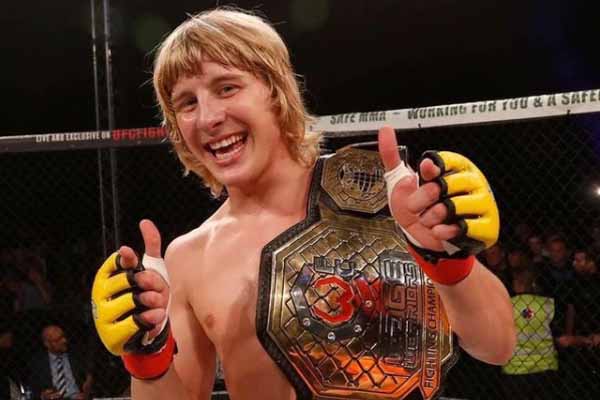 The Baddy's biggest fight was against the French fighter Johnny Frachey for Cage Warriors Vacant Featherweight Championship on September 10, 2016. He defeated Johnny via TKO at 1:35 minutes in the first round and won his first title.

Pimblett's career has seen both ups and downs over the years. But, after losing to Soren Bak in 2018, he suffered mild depression and health problems. As a result, the former champ went off the ring for eighteen months. However, he eventually regained his confidence and made a return against Decky Dalton in 2020.

The martial artist got a victory against both Dalton and Davide Martinez in his comeback matches. He eventually made his UFC debut in September 2021. However, this wasn't the first time UFC offered Paddy a contract. They had offered him the opportunity two times before. But, the MMA fighter had rejected them for not being UFC ready.

So, Pimblett's UFC match was long-awaited by both him and his fans. During his UFC debut fight against Luigi Vendramini, he was slightly shaken by the latter's left hook. Still, the athlete made a quick recovery and followed up with his own strikes. He was named a winner by the referee at the 4:25 mark.

Let's take a look at his after the fight interview.

As his UFC future seems to look more promising, Paddy Pimblett's net worth is bound to rise in the future. And who knows, Paddy might earn the legend status like other MMA fighters like Frank Mir, Amanda Nunes, Conor McGregor, and many others.

Hope Capital is currently sponsoring Paddy Pimblett. Additionally, he also has a line of merchandise. The UFC fighter's products mainly include T-shirts and hoodies. They are sold out fast after their release in the market.

Hence, Paddy Pimblett's fortune is also benefitted by the amount he earns from his merch sales.

Soon To Get Married

In addition to his rough and brash demeanor, the blond-haired guy also has a romantic side. The Liverpool-born fighter is currently engaged to his long-time partner. Although, there is not much information about Paddy Pimblett's fiancee. She is often mentioned on his Facebook posts.

The pair are currently living together. Both also enjoy going on lots of vacations and trips. Moreover, during their trip to Thailand in February 2020, Paddy made a surprise proposal to his then-girlfriend. She obviously said Yes, and the former shared the news on his social media. 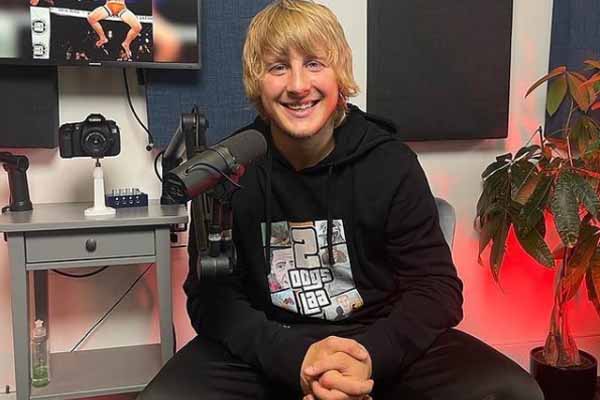 Although the couple hasn't revealed their marriage plans, the wedding date is certainly not far away.

Paddy Pimblett has had a successful debut in UFC. Hopefully, he will show his potential in the upcoming days and rise to become one of the best fighters in the UFC.