Coaches play a vital role in shaping a player's skills, mind, and professional career. They always push and motivate their athletes to be the best versions of themselves, whether in league or life. Similarly, today's article revolves around the life story of an American softball coach, Rhonda Revelle. She is a former collegiate pitcher and the current head coach for the Nebraska Cornhuskers softball team.

This strong-headed and committed woman led Nebraska to the 1998 Women's College World Series, becoming the first person at their alma mater and one of three people to make it to the WCWS as both a player and a head coach. As Rhonda has inspired several youths, many are curious about her story. Hence, this biography covers all her details, including her personal life and professional career.

Rhonda Revelle Net Worth And Career

Coach Revelle deserves all the praise for the Nebraska softball team's achievements. She is also one of the country's most dedicated and diligent coaches. Rhonda had also had a long history of professional involvement in the league. Hence, Rhonda Revelle's net worth must be significant as she has coached for a long time.

Initially, the sportswoman played softball at Nebraska from 1981 to 1983, and she reached the inaugural Women's College World Series. Likewise, her coaching career started when she worked as an assistant coach at Nebraska Wesleyan in 1986. Later in 1988, Revelle served as the assistant coach at California State-Hayward. Similarly, she worked at San Jose State University in the same position from 1989 to 1992. Finally, in 1993, Rhonda was hired as Nebraska's fifth head coach and is now the winningest coach in its softball history.

The former player has mentored the Cornhuskers to the NCAA Tournament 21 times, and in 1998, 2002, and 2013, they made it to the Women's College World Series. However, on July 10, 2019, Rhonda was put on paid administrative leave as the school administration looked into reports of verbal and emotional abuse directed toward players. Nevertheless, she was reinstated as head coach on August 30, 2019.

Similarly, there is no denying that Revelle was a home run hire for the Husker softball team, whether it be due to her record-breaking win totals or her dedication to maintaining Nebraska's national lead in academic All-Americans. Now, let's look at the talented coach's recent head coaching records, including her salary.

Looking at the above-mentioned Rhonda Revelle's salaries, we can see that it has increased each season. In addition, she has received a one-year contract extension with Nebraska through the 2026 season. Therefore, looking at all her contracts and coaching experience, Rhonda Revelle's net worth is expected to be tremendous.

Ken Eriksen is another softball coach with massive earnings.

Is The Nebraska Head Coach Married?

Rhonda is one sports personality who has shaped several softball players' lives and brought a positive impact. Since she is an excellent coach, many of her followers are curious about her romantic relationships. So who exactly is Rhonda Revelle's husband or boyfriend? Interestingly, there are even searches regarding her wife.

Well, folks, the coach has successfully managed to conceal her love life since she chooses to keep her personal life private. Hence, information regarding Rhonda Revelle's partner has not been revealed yet. In addition, she frequently is seen posting photos with friends and regarding her professional career, which makes it even hard for fans to trace her personal life. However, Rhonda doesn't seem to be associated with any guy who looks like her lover. So, could it be Revelle is entirely focused on her career only? 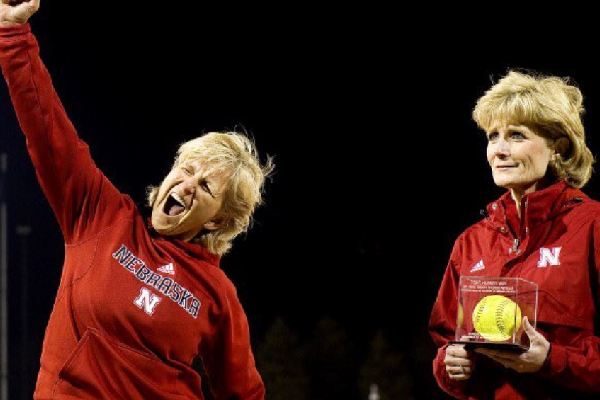 Though much about Rhonda's relationship status has yet to be disclosed, we often see her posting photos with her co-worker, Lori Sippel. The latter is the associate head coach of the Nebraska Cornhuskers Softball program. Both coaches seem very close with one another, as they have worked together for over thirty years.

The visionary coach was born in Creswell, Oregon, in the early '60s. However, she has kept the information regarding her exact birth date and family background hidden. Nonetheless, Rhonda must have grown up in a very understanding and loving family. Furthermore, she has always been passionate about sports. The young Revelle was strong-headed and determined from early childhood and wanted to establish her professional career in softball. 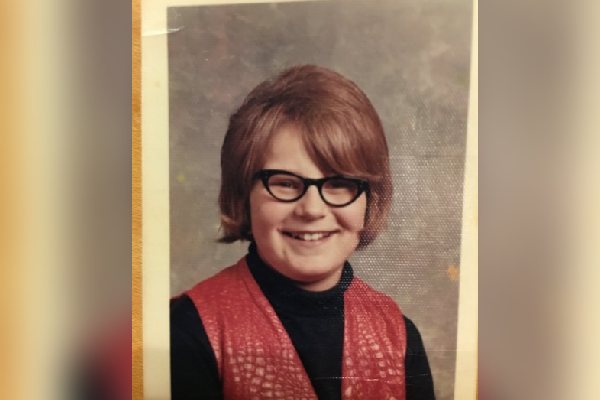 Similarly, she has two nieces, Taylor and Kenna, with whom she is very close. Revelle also shared a tight-knit bond with her late grandmother, and she takes inspiration from her. Likewise, talking about the coach's educational background, she attended the University of Nebraska-Lincoln.

Nevertheless, Rhonda has been the head coach of Nebraska softball for three decades. She has recruited and mentored players who have significantly impacted the field during that tenure. Similarly, the young women in the Nebraska softball program have grown and become more prepared for success in their professional lives after softball, thanks to her leadership and mentoring.

All in all, for Revelle coaching means more than just earning victories. She keeps her student-athletes in mind while making every move, and she is dedicated to developing not only great athletes but also outstanding scholars and citizens. Moreover, the accomplished athlete appears to have maintained a healthy balance between her personal and professional lives. We hope for more fame, wealth, and success for Rhonda and her family in the days ahead.