Les Stuedeman is a softball coach at the University of Alabama in Huntsville. Image Source: Les Stuedeman's Instagram.

Les Stuedeman is a renowned softball coach at the University of Alabama in Huntsville. She has been serving them for a very long time now, and with her dedication and hard work, the team has also improved a lot. Did you know Les is the first softball coach of UAH?

Having joined the team in 1995, she has led them to numerous victories over the years. Hence, Stuedeman has become an inspiration for many, and people are interested in hearing her story. As such, let us help you unravel facts regarding her personal life and professional career in this concise biography.

The head coach was born Lorraine Stuedeman in Vestavia Hills, Alabama, USA. Les Stuedeman's mother is Roseanne Stuedeman, but her father's name has not been disclosed yet. However, it is known that her dad was a football trainer under coach Bryant.

In one of the interviews, the coach shared that she started playing sports when her mom realized that she would not be a beauty queen or ballet dancer. She also revealed that her mama took longer to accept that fact. Likewise, while growing up, Stuedeman played basketball in a boys league as there wasn't a girls league and Softball in the local park.

Additionally, Les grew up alongside her two siblings, Stu Stuedeman and Vann Stuedeman. Stu is a basketball head coach at Cullman High School, and Vann previously served as the head coach of the Mississippi State Lady Bulldogs softball team.

Talking about Les's education, she attended Samford University, where she played volleyball and softball for a season. At Samford, the student-athlete was named their first-ever all-conference performer. Later, she transferred to Huntingdon College and graduated with a Bachelor of Arts in Social Science. She also received All-America and All-District honors at Huntingdon in 1992. Additionally, Stuedeman earned her master's degree in education from the University of West Alabama.

Les Stuedeman Net Worth And Career

The skilled coach has done much for the UAH softball program to be where it is now. UAH Chargers has won many regional and NCAA titles under her guidance and leadership. As she has coached for many years now, Les must have pocketed a massive sum. Hence, Les Stuedeman's net worth must be tremendous.

Before serving UAH, Stuedeman coached at Hewitt-Trussville High School for one year. She also helped the team score a 43-13 overall record at HTHS and was also voted Jefferson County Coach of the Year. Likewise, she also spent two seasons as an assistant coach at the University of West Alabama.

As aforementioned, Les became the first coach for the UAH softball program in 1995 and has been serving since then. In addition to her duties and responsibilities as softball coach, Stuedeman was also the senior woman administrator for the UAH Department of Athletics from 2010 to 2014. Furthermore, over the years, the Samford graduate has established an impression, leading the Chargers to a remarkable 1141-385-1 record and zero losing season. Thanks to her contributions, she was inducted into the NFCA Hall of Fame in 2014. She was also named in This Is Alabama magazine's Women Who Shape the State list.

Aside from that, the Chargers have also participated in 13 Gulf South Conference Championship games under Stuedeman's leadership, winning eight of them, including three consecutive victories from 2006 to 2008. Also, during her incredibly successful collegiate coaching career, the collegiate coach has been the recipient of 10 GSC Coach of the Year awards. She first received the honor in 1996, 2001, and 2002, followed by four straight seasons from 2008 to 2011, two more times in 2013 and 2014, and finally in 2017.

Les was estimated to be earning $90,000 annually as per AL.com's 2011 article. And now, more than a decade later, Stuedeman's salary must have definitely increased a lot. Hence, Les Stuedeman's net worth must be a considerable sum.

Karen Weekly is another softball coach who has earned a massive fortune.

Talking about the sports personality's relationship status, she is happily married. Les Stuedeman's wife is Dr. Jen Cole, who joined the Chargers as an athletic trainer in 2012. She later became the assistant volleyball coach in 2018. In 2021, Cole began a new role as Assistant Director of Compliance and Student-Athlete Development. 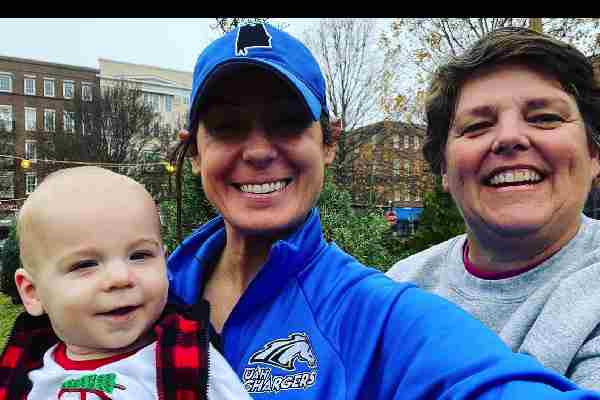 The duo hasn't precisely mentioned when they started dating or got married. But, seeing how they both are working at the same place, could it be they might have fallen in love there? Furthermore, the couple actively posts pictures expressing their love for one another on Instagram. Their fans have also left comments stating how sweet and adorable they look, alongside love emojis.

The Chargers head coach is quite vocal and doesn't shy away from talking about her wife. She once posted a lengthy video where she expressed her appreciation to her spouse, which is frankly very heart-touching.

The lovely couple is blessed with two boys, Carter Cole Stuedeman and Cooper Joseph Stuedeman. Les Stuedeman's eldest son, Copper, was born on January 28, 2021. Her youngest baby, Carter, arrived in June 2022. The pair lavish their kids with immense love and care, as evident by their Instagram posts. 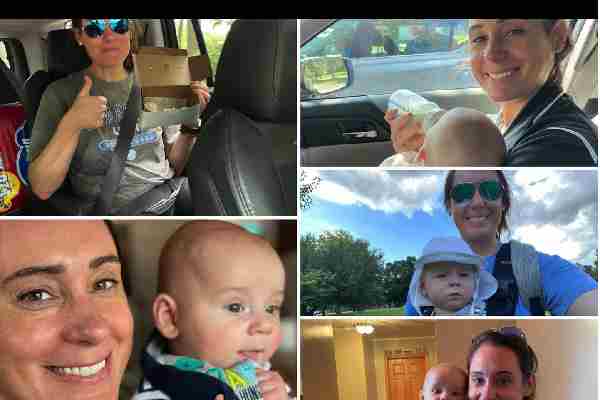 Overall, Les is living a happy and comfortable life with her gorgeous wife and their two adorable little ones. Having extended their family to four, Les must be enjoying motherhood. Likewise, her coaching career is also moving on the right track, and hopefully, it will remain the same way ahead. We also wish she gains more success and fortune in the future.