If you are a fan of the New Jersey Devils of the NHL or just ice hockey in general, you must recognize Andrew D. Brunette. Simply known as Andrew Brunette, he is a Canadian professional ice hockey coach and a former left winger. He was hired by the Devils as an associate coach in 2022.

As an athlete, the coach played over a thousand games in the NHL and had a successful playing career. So, this biography will be about his transition from playing to coaching, as well as his earnings, parents, family, and more.

Andrew Brunette Net Worth And Career

The one-time left winger has been professionally involved in hockey since 1993. He must have earned a massive amount of money from his long-time career. Likewise, Andrew Brunette's net worth must also be a significant sum.

The sportsman started his professional playing journey in the minor-level hockey league with the Rayside-Balfour Sabrecats of the NOHA. After the 1989-90 season, he was selected by the Owen Sound Platers in the seventh round of the 1990 OHL Priority Selection. He competed with the Platers for three seasons between 1990 and 1993 and recorded 295 points in 195 games. Moreover, he won the Eddie Powers Memorial Trophy in 1993.

Subsequently, Brunette was drafted as the 174th overall pick in the seventh round of the 1993 NHL Entry Draft by the Washington Capitals. However, he didn't immediately play with the team, instead he competed for the Hampton Roads Admirals in the EHCL. Then, he moved to the AHL, playing for the Providence Bruins and Portland Pirates for two seasons. He stayed with the Pirates until 1998 before being called up by the Washington Capitals in the 1995-96 season and played 11 games that year.

The Canadian athlete played 51 more games over the following few seasons for the Capitals before he was selected by the Nashville Predators in the 1998 NHL Expansion Draft. He played for the Predators in the inaugural 1998-99 season and scored the team's first-ever goal. After the season, Andrew transferred to the newly created Atlanta Thrashers. He competed in two seasons for the team before proceeding to the Minnesota Wild during the 2001-02 season. After staying with the Wild for two more years, he signed with the Colorado Avalanche as a free agent.

After that, the former player signed a three-year contract with the Minnesota Wild in July 2008. Then, in July 2011, he agreed to a one-year deal with the Chicago Blackhawks. Sadly, Andrew announced his retirement on February 13, 2013, and became an assistant coach for the Minnesota Wild. Now, let's learn about Andrew Brunette's salary from his playing career with different teams.

Hence, Brunette has bagged a massive amount while playing in NHL. Additionally, HockeyZonePlus estimates his total career earnings to be $17,050,000. Furthermore, the Ontario native must earn a lot from his coaching career too. In 2019, he became an assistant coach for the Florida Panthers of the NHL. He was then named the Panthers' interim head coach in October 2021 before being released in June 2022. Then, he was hired by the New Jersey Devils as their associate coach under head coach Lindy Ruff.

Though the retired hockey athlete hasn't disclosed his earnings, his three-year deal with the Devils must guarantee him a notable sum. Likewise, Andrew Brunette's net worth will likely increase along with his career progress in the days ahead.

Is A Loving Husband

The Ontario native enjoys a blissful marital life with his beloved partner, Lorie Brunette. Unfortunately, little to no information about the pair's first encounter and their wedding has yet been revealed to the public. Still, the lovebirds must be enjoying conjugal bliss. In addition, Andrew Brunette's wife appears to be a secretive person. The latter does not seem to be active on social media and stays away from the spotlight. Perhaps Lorie prefers to keep a low profile and lead a low-key life. 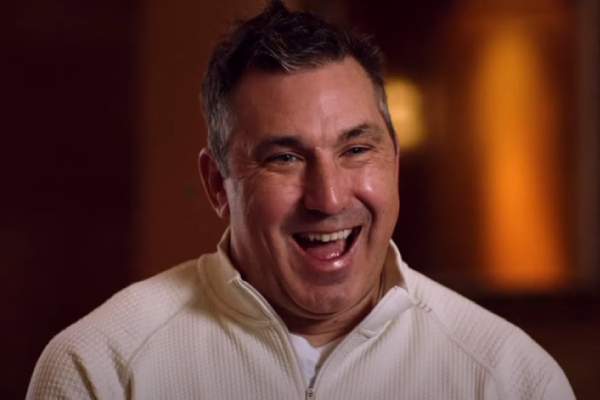 Nevertheless, the NHL coach once talked about his significant other in an interview. While sharing how he watched sports all day with The Athletic, he shared that his missus didn't like it. So, he said he had minimized his habit and would commit an hour with her after watching an episode of a show. Moreover, it was disclosed that Lorie always helps rescue dogs, which Andrew is secretly fond of. But the downside of it, Mrs. Brunette can't release fosters, and the pair have kept all of the fostered dogs.

The adorable couple had golden retrievers for several years before their most recent one passed away. Now, the husband-wife duo has a pit bull mix Brewer, named after the Milwaukee Brewers. The associate coach's favorite pastime includes walking on the beach with his spouse and dog. As for Andrew Brunette's children, has he got any?

Grew Up In Valley East

The Devils coach was welcomed by his parents on August 24, 1973, and was raised just outside Sudbury, in a small community of Valley East, Ontario, Canada. Regrettably, not much is known about his parents, including their names. However, as per his FB page, Andrew Brunette's father is mainly credited for inspiring his hockey career. So, could it be his dad also played ice hockey?

Furthermore, the associate coach himself appears to be a secretive person, outside of the ice hockey rink. Due to this reason, it is hard to learn about his childhood and educational background. Hopefully, we will get to know more about his personal life in the days ahead. Nonetheless, with his massive fortune, there is no doubt that Andrew Brunette enjoys a comfortable life with his wife. We wish he leads a healthy and happy life in the future.