Keegan Bradley Net Worth - How Much Has He Earned From His Career As A Golfer?

Home Net Worth Keegan Bradley Net Worth - How Much Has He Earned From His Career As A Golfer?.

Keegan Bradley is an accomplished golfer who has amassed both fame and fortune in his career. Image Source: Social Media.

Keegan Hansen Bradley, simply Keegan Bradley, is a prominent American golfer who competes on the PGA Tour and has won 4 tour events. The athlete kicked off his professional career in 2008 and is still active. In addition, the 2011 PGA Tour Rookie of the Year ranked tenth in the World Golf Ranking in 2013.

With his career stretching over fourteen years, he must have garnered a hefty sum of money. Thus, today's article is about Keegan Bradley's net worth and earning sources.

Keegan Bradley Net Worth And Earnings

Keegan was born in Woodstock, Vermont. As a teenager, Bradley decided to pursue his career in golfing over skiing. He continued competing while completing his formal education at Hopkinton High School. Afterward, he went to St. John's University and graduated in 2008. During his days at the college, he won nine collegiate events.

Alongside being one of the best golfers, the 2011 PGA Champion has fat bank paychecks and bank account. As per The Richest, Keegan Bradley's net worth was $11 million in 2016. His riches must have undoubtedly increased over the years. So, let's further break down his earnings and learn about his salary as a professional golfer below.

Bradley turned professional immediately after graduating from the university. He joined the NGA Hooters Tour and won at the Southern Dunes in his fifth and final start of the 2008 season. In addition, the talented golfer also won the second Hooters Tour event with 22 cuts in 26 events and earned $84,000 the following year.

The Vermont native made the cut in his first PGA Tour Event in 2011 in Sony Open in Hawaii tournament. Eventually, Keegan won his first PGA Tour event at the 2011 HP Byron Nelson Championship. The victory also earned him entry into the 2011 WGC-Bridgestone Invitational.

One week after the WGC-Bridgestone Invitational, the sportsman played his first major, the 2011 PGA Championship. Moreover, the talented personality also became the first golfer to win a major with a long putter and the seventh consecutive first-time major winner. Not only that, he was also the first American major champion since Phil Mickelson earned the 2010 Masters title. The latter also ranks among the richest golfers.

With the winning, Keegan reached number 29 from 108 in the Official World Golf Ranking. The same season, he received the PGA Tour Rookie of the Year honor. Ever since then, his career has been flourishing more and more. Here are some of Keegan Bradley's earnings from the tournaments he has competed in:

As a well-renowned golf figure, Bradley has a massive fan following on his social media accounts, with his IG boasting 183K followers. Hence, he promotes several brands, including Jordan, ISPS Handa, TravisMathew-TM, Srixon Golf, and many others. Additionally, XGrass, Inc. announced the sponsorship and endorsement deal with Keegan in his first season on the PGA Tour. 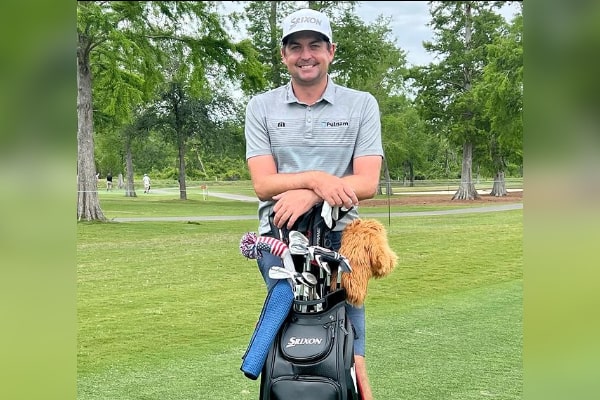 The former PGA champ must be earning a lot from his endorsement deals. Thus, these sponsorships must have benefited Keegan Bradley's net worth significantly. Hopefully, the golfer will achieve more success and continue to amass even more money in the coming days.

Thanks to his massive fortune, Keegan and his family must be enjoying a lavish lifestyle. He purchased a house in Tequesta, Florida, in 2012 for $2 million. Later, he sold the mansion for $2.5 million in 2015. Afterward, the golfer bought a home in Jupiter, Florida, which is also his current residence.

Moreover, Bradley has many legendary items in his possession, including Micky Ward's signed boxing glove and Paul Pierce's shoe. Likewise, he must own plenty of cars and other real estate properties.

Together with his wife, Jillian Stacey, Keegan holds an annual charity golf tournament. The second charity Golf Classic raised more than $120K for Vermont’s Pediatric Cancer Research Foundation in 2013. The event must have raised more donations over the years.

It seems Keegan and his spouse are making a lot of effort to give back to society and people in need. Let's hope they will continue to showcase their generosity in the coming days.