Colin Firth Net Worth - How Did He Earn Multi-Million Fortune?

Home Net Worth Colin Firth Net Worth - How Did He Earn Multi-Million Fortune?.

Colin Firth is a well-known actor who has accumulated multi-millions of dollars from his acting career. Image Source: Flickr.

Starting his career in the early 1980s, English actor Colin Firth is now a recipient of numerous accolades, including a Golden Globes Award, an Academy Award, two British Academy Awards, and two Screen Actors Guild Awards. The renowned film, television, and theatre actor is known for his role as Mr. Darcy in the 1995 TV version of Pride and Prejudice and has appeared in over 90 projects.

The star has amassed a hefty amount of money throughout his career of over 30 years. However, not many might be aware of his massive riches and how they came to be. Hence, today's article will all be about Colin Firth's net worth and will explore his various sources of earnings.

Kay Cannon Net Worth - Did She Receive any Alimony After Her Divorce From Jason Sudeikis?

Colin Firth Net Worth And Earnings

The talented actor was born Colin Andrew Firth in the village of Grayshott, Hampshire, England, to parents Shirley Jean Firth and David Norman Lewis Firth. Colin Firth's mother was a comparative religion lecturer, and his father was a history lecturer at King Alfred's College. Moreover, his dad, David, also worked as an education officer for the Nigerian Government. Due to his parents' work, he frequently traveled as a child. He spent a few years in Nigeria and also lived in St. Louis, Missouri when he was 11 years old.

Firth went to the Montgomery of Alamein Secondary School in Winchester, Hampshire, now known as Kings' School, after returning to England. However, he didn't like school and thought nothing his teachers taught him seemed to be of any interest at all. Nonetheless, the young guy started attending drama workshops at the age of 10 and decided he would become a professional actor by 14. For further studies, he attended Barton Peveril Sixth Form College in Eastleigh.

The Grayshott native then moved to London, joining the National Youth Theatre, where he made many contacts. He later landed a job in the wardrobe department at the National Theatre and subsequently attended Drama Centre London. He was cast as Guy Bennett in the 1983 West End production of Another Country after being spotted by playwright Julian Mitchell when he played Hamlet in the Drama Centre's end-of-year production.

Following that, Colin made his debut in the film industry and has been successfully active in the acting sector ever since. He must have accumulated a considerable sum throughout the years of her career. As per Celebrity Net Worth, Colin Firth's net worth is $25 million. Now, let's discuss how his fortune worth multi-millions came to be by breaking down his earnings from several sources.

The 6' 1'' tall performer made his television debut with a guest appearance in the 1984 drama series Crown Court. After that, he appeared in two TV movies Camille and Dutch Girls. Then, he played the role of Richard Herncastle in a TV adaptation of Lost Empires in 1986. Finally, he became an international star after portraying the character of Fitzwilliam Darcy or Mr. Darcy in the 1995 adaptation of Pride and Prejudice.

Since then, Firth has appeared in numerous other television projects. A few of his other TV acting credits include Nostromo, Blackadder Back & Forth, The Turn of the Screw, Donovan Quick, and Fourplay. However, after playing in the 2006 TV film Born Equal, he took a long hiatus from television. He returned to the small screen in 2017, appearing in Red Nose Day Actually. After that, he appeared in the 2022 mini-series, The Staircase.

A tv actor makes average earnings of $30,948.13 (£25,675) a year in the UK. As such, Colin Firth's salary from his roles in the aforementioned tv series and tv movies must have been significant.

Firth made his big-screen debut in 1984 as Tommy Judd in the screen adaptation of Another Country. He then played the role of Young Alexander Scherbatov in the 1985 movie Nineteen Nineteen. Following that, he played various characters in numerous films, including Valmont, The Advocate, The English Patient, and Love Actually. Some of Colin's other prominent acting credits include Shakespeare in Love, Mamma Mia!, Mary Poppins Returns, The King's Speech, 1917, and Mamma Mia! Here We Go Again. Now, let's look at the box-office collection of some of his movies.

As shown in the table, the films that the award-winning actor has been a part of were successfully able to amass hundreds of millions of dollars. He must have received his fair share for having appeared in such big projects. In addition, he has appeared in a few plays, including The Doctor's Dilemma, Desire Under the Elms, and Three Days of Rain, from which he must have earned a significant sum.

Furthermore, the Mamma Mia! star founded the production company Raindog Films in 2012 and has produced a number of films. He must also make a great amount of money from his producing job. Hence, Colin Firth's net worth of $25 million comes as no surprise. Moreover, since he is still eagerly active in the acting industry, his riches will surely increase.

Similarly, Bob Odenkirk is another actor with notable net worth.

Colin Firth Is An Activist

The Oscar-winning star is also an activist and has been supporting Survival International, an NGO that defends the rights of tribal peoples, for a long time. He is also a big supporter of the Refugee Council and was involved in the Oxfam global campaign Make Trade Fair. Along with a few collaborators, he has even opened a store that presents fair trade and other eco-friendly goods in West London. The shop also offers advice on making spaces more energy efficient. 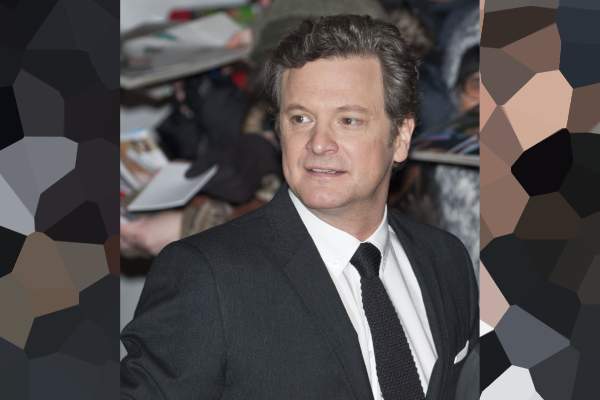 Colin Firth is a activist who supports the Refugee Council and Survival International. Image Source: Quotes of Famous People.

Other than that, Firth appears to prefer to lead a low-key life. He doesn't have any public social media accounts to share his day-to-day life with others. Nonetheless, with his wealth worth multi-millions, there is no doubt that he must enjoy a comfortable life with his loved ones. Also, he is a generous person who doesn't hesitate to give back to society. We wish more success and fortune to the actor in the future.