Kay Cannon Net Worth - Did She Receive any Alimony After Her Divorce From Jason Sudeikis?

Home Net Worth Kay Cannon Net Worth - Did She Receive any Alimony After Her Divorce From Jason Sudeikis?.

With the entertainment industry always growing and expanding, it is not that easy not to know about famous TV shows and actors. One of the most talented artists is Jason Sudeikis, who plays the titular character in the show Ted Lasso. But, no, today we aren't talking about him but rather his former partner Kay Cannon. She is a top writer, producer, and director of some of the best sitcoms made since the early 2000s.

Having been a part of several TV shows, movies, and other projects, Cannon has established herself as one of the best screenwriters in the entertainment industry. With many credits to her name, she must have amassed a significant amount of money, having spent more than a decade in Hollywood. So, let's learn more about Kay Cannon's net worth and find out if she received any alimony during her divorce from Sudeikis.

Kay Cannon Net Worth And Earnings

The three-time Emmy Awards nominee was born to American parents John M Cannon and Rosemary Cannon in Illinois. She was raised in Custer Park and went to the Reed-Custer High School in Braidwood. Cannon then attended Lewis University in Romeoville, where she earned her BA in Theater, followed by MA in Education.

Cannon was always into comedies during her college plays and did projects like Blithe Spirit, Barefoot in the Park, and House of Blue Leaves, among others. She started taking classes in the theater called The Second City in Chicago. She also did an internship in various places, worked at Comedy Sportz, and went to Improv Olympic to further nuance her performances. The Lewis uni alumna then began performing for the Boom Chicago and other theaters in Amsterdam. 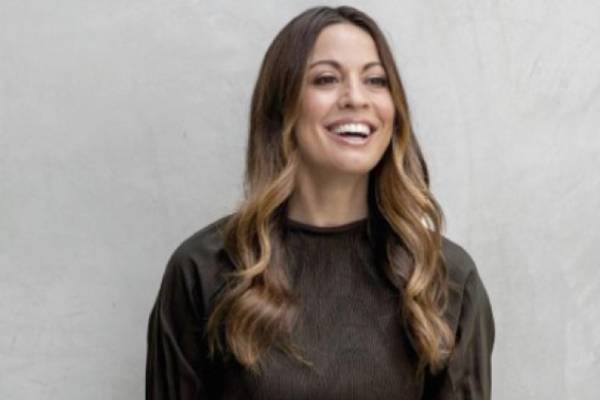 Kay Cannon was always into comedies and worked for several comedy and improv theaters in her early years. Image Source: Kay Cannon Instagram.

Having also worked as an actress in the independent film The Little Tin Man (2013) and shows like 30 Rock, and New Girl, Jason Sudeikis' ex-wife must have earned a massive amount of fortune. Aside from that, she has written scripts for many projects and also directed a few. Thus, as per Celebrity Net Worth, Kay Cannon's net worth is a whopping $10 million. Now, let's categorize her earnings from different sources.

Working with many improv theaters in her early years, Kay also joined The Upright Citizens Brigade Theatre in LA and New York City. In 2007, Cannon got the chance to write episodes for a hit channel NBC. Having written several episodes for the popular show, she made it big and was later called to write episodes for other shows like New Girl and Cristela.

Jason Sudeikis' ex-wife was also cast as a guest player of the late-night adults-only long-form improvisation show called The Hot Karl. She has also guest-starred in TV shows 30 Rock, New Girl, and Cristela, where she worked as a writer too.

Before that, when Cannon was performing and writing in Chicago, she met fellow Second City member and actress Tina Fey. Fey was creating the famous NBC comedy show 30 Rock and hired Kay to the writing staff. After a while, the latter was promoted to the role of supervising producer. She also won the Writers Guild of America Award for Best Comedic Series three times for script writing on 30 Rock.

Furthermore, Kay was nominated for an Emmy Award for Outstanding Writing in a Comedy Series in 2010. More success followed the blonde-haired writer as she signed an overall development deal with 20th Century Fox. With that deal, Cannon began working as a co-executive producer on New Girl and a consulting producer on Cristela. As part of her development process, she sold a workplace comedy known as The Wrecking Crew to Fox Studios. Then, she wrote the pilot The Runt for CBS.

In 2017, the media personality created and executive produced a Netflix show, Girlboss based on the real life of American businesswoman Sophia Amoruso. According to Comparably, an average income of a co-executive producer is $68,440, and a scriptwriter is $49,544 a year. Thus, Kay Cannon's salary must also be a notable amount.

Jason Sudeikis' ex-wife began her big-screen career as a co-producer in the movie, Baby Mama starring Fey and Amy Poehler, in 2008. However, Kay is most famous for writing and co-producing the Pitch Perfect movies, which must have boosted her earnings. She first wrote the Pitch Perfect movie in 2012, starring popular actresses Anna Kendrick and Rebel Wilson. It also grossed over $115 million worldwide.

Following the success of the first Pitch Perfect movie, Kay worked on its sequels in 2015 and 2017. Both received good praises and succeeded financially. After a big achievement with the trilogy, Kay made her directorial debut with Blockers featuring Leslie Mann, John Cena, and Kathryn Newton, among others. It made a decent earnings, and she was well sought in the filmmaking industry after that.

Moreover, her other film credits include Let It Snow (2019) and Cinderella (2019). Cinderella was her first project where she both wrote and directed. Now, let's take a look at the box office collections of some of the movies she has been a part of.

As seen in the table, Cannon's movies amassed hundreds of millions at the box office. She must have been paid handsomely from those films. Thus, it is palpable that Kay Cannon's net worth is $10 million. Since she is still involved in the entertainment industry, she might earn a lot more moving forward.

Kay has been happily married to her screenwriter husband, Eben Russell, since 2012. This is her second marital relationship after divorcing her first partner Jason in 2010. Having been together for nine years, the ex-pair were wedded for four before separating in 2008.

Kay Cannon's ex-husband, Sudeikis, is a famous Hollywood personality who has been active since 1997. His prosperity in the industry has seen his fortune rise to $25 million. So, did Cannon receive alimony after their divorce? As the exact money has not been revealed to the public, it remains speculation how much she got from their divorce settlement.

Nevertheless, the gorgeous lady has moved on and has now welcomed a child with her current partner. Kay Cannon's daughter, Evelyn Rose Russell, arrived on October 9, 2013. 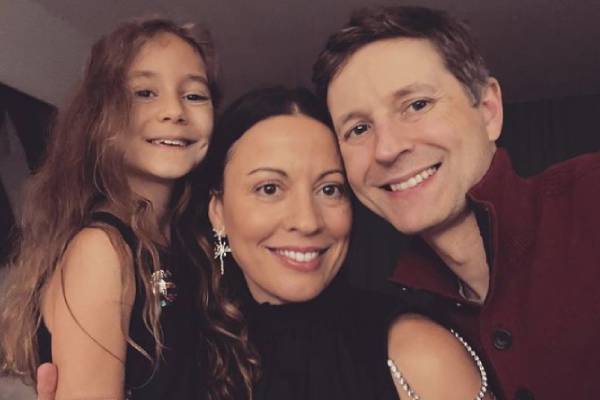 Kay Cannon married her second husband in 2012 and shares a daughter with him. Image Source: Kay Cannon Instagram.

The multi-millionaire producer has been in the industry for a long time and has earned both success and financial prosperity. She must have purchased houses or properties using her hard-earned money. She is still going strong and is likely working on new projects. Furthermore, Kay Cannon's husband must earn a lot too as a screenwriter, adding more to the family income. Let's hope they stay happy together with their daughter, Evelyn Rose Russell.