Home Featured Articles Take A Look At All Of Ruby Da Cherry's Tattoos And Know Their Meaning.

Aristos Norman Petrou, aka Ruby da Cherry, is known for his dark blend of grinding lyrics, thundering rhymes, and punchy beats. The versatile rapper is one-half of the famous underground duo '$uicideboy$,' the other being his cousin Scott Anthony Arceneaux Jr. "$crim."

Founded in 2014, the two introduced themselves through SoundCloud. Since then, the rap duo has only gained fame and support in the hip-hop community. Ruby da Cherry has several nicknames such as Yung Plague, Yung Mutt, 7th Ward Lord, Oddy Nuff Da Snow Leopard, and his producing ego, SLAMDUNKASAUR, among others.

With growing popularity, Ruby and $crim also saw a surge in their net worth. Ruby's income sources are still undisclosed, but his fans assume that he has been earning mostly from his music. 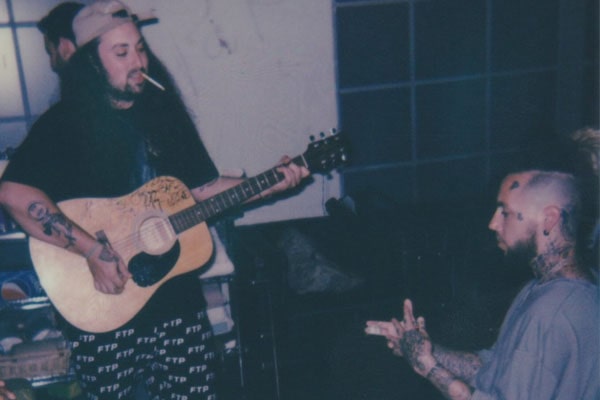 A tattoo is an indelible art that attributes a specific meaning imprinted on the body of the beholder. Being a rapper, especially in an underground scene, music artists commonly express themselves with tattoos and piercings. Ruby has also inked some interesting body arts. According to Body Art Guru, the rapper has around 29 tattoos carved on various parts of his body. So, let's jump into Ruby da Cherry's tattoos and their meanings:

Carved on this left forearm, he has a tattoo of a bird with an emblem "Cry Baby" around it. The little bird also seems to be crying. Rumors are he made this tattoo as a tribute to the late Lil Peep.

A car sits on his left upper hand with the word '7 WARD". Maybe the tattooed number indicates Suicideboy's debut album 'I Want to Die in New Orleans', which was released on September 7, 2018.

Another left forearm tattoo is of Eiffel Tower. This one could possibly symbolize one of the duo's songs. Released in 2016, 'Paris' is their most played song on Spotify and YouTube, with millions of views worldwide.

Ruby has inked a tattoo of a big ship that ought to be sinking in the water. According to Body Art Guru, this tattoo might be a hint of his favorite movie or a TV Series.

Just like people who love dogs or cats, maybe Ruby has a soft spot for insects. As weird as it sounds, he has inked many tattoos of the tiny creatures on his arms. A housefly, a mosquito, and cockroaches are some examples imprinted on the rapper's arm.

Below his left elbow lies a tattoo of a skeleton that is in a praying position. The kneed frame seems to be praying as it glazes upon the sky for God's help. 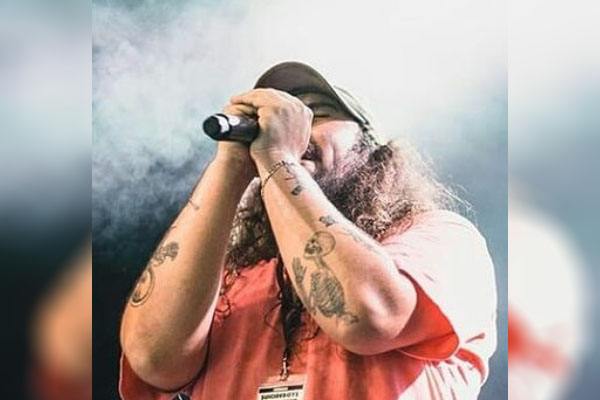 According to Body Art Guru, the tattoo represents his tough times and how religion helped him get over them. It is reported that Ruby was suicidal at one point in his life and was seeking help.

There is a tattoo of a monster and some idioms below its face on his upper left forearm. It looks like the monster is saying something in its language. Only Ruby knows what it's saying.

Just below his left bicep, the inner side of his left arm contains a circular designed tattoo. A leaf-like pattern surrounds the circle, which adds up its aesthetic design. The real meaning of this tattoo is a mystery that only Ruby understands.

On his right arm, there is a picture of a paper bag mask. Below the design, a word reads "UGLY."

"Money is the Devil"

Just upwards of the Paper Bag tattoo, there is a tattoo of Benjamin Franklin, who is featured on the hundred dollar bill and is known as the Founding Father of the US. The portrait's eyes are crossed with two horns sketched on his head to make him look like a devil.

The thought-provoking idea of this tattoo which denotes money as the root of all evil has also been featured in his lyrics.

This piece has to be one of the darkest art engraved on his body. There are men covered in black clothes who seem to be hanged to death with an open noose at the end.

It shows Ruby's s powerful fascination with the wicked arts.

It looks like the rapper is also a fan of the TV series, Game of Thrones. He has engraved House of Stark's emblem on his right hand with the quote, "Winter is Coming." It mainly shows how much the fantasy series has influenced the underground rapper.

Ruby also seems to be interested in Greek mythologies. He has a tattoo of a greek warrior on his right forearm. The tattoo is of Achilles, who was considered the greatest greek warrior and a hero of the Trojan War. Having a Greek Cypriot father, Pavlos Petrou, could be the reason for incising the art.

The rapper has also inked an ancient Icelandic magical stave on his right arm. Vegvísir, the symbol in Huld Manuscript collected by Geir Vigfusson in 1880, is a magical sigil that helps the holder find his way through bad weather.

Having a hard time himself before his fame, Ruby must have engraved this symbol to protect him from future adversities.

He also has a "GREYFIVENINE" tattooed on his left leg. The phrase represents his own label, 'G*59 Records,' through which Suicideboys have been releasing their music to the public. According to Body Art Guru, G59 also refers to the neutrality between two communities, i.e., black and white.

Additionally, the rapper has also inked some other artistic tattoos. Ruby da Cherry's tattoo collection includes Batman on the right lower leg, a Satanic image on the left side of his right leg, a cross sign on his index fingers, his own signature tattoo on his right thumb, a chained heart image on his neck, a target mark on the left side of his head and other minimal tattoos. Having such a huge collection of tattoos, the talented rapper has surely turned his body into a canvas where he paints his life lessons.