Bui Simon is the president and founder of the Angels Wings Foundation and has used her status for many charity works. Image Source: Bui Simon Facebook.

Bui Simon is a popular Thai-American personality who is known for her beautiful features and philanthropic efforts. Simon is the president and founder of the Angels Wings Foundation and is also on the Board of Regents of Pepperdine University. Besides, she is also married to billionaire Herbert Simon.

To those who don't know, Herbert is a real estate developer and Indiana Pacers owner. Aside from that, he has been engaged in multiple other businesses and ventures. So, what about Herbert Simon's wife, is she also into business?

Having achieved recognition from an early age, Bui is certainly not a new name. Still, many might not know several things about her, including her background, career, and more. So, in this article, let's talk more about how Mrs. Simon has been able to get to where she is and what she has been doing to keep that intact.

The gorgeous lady was born Porntip Nakhirunkanok on February 7, 1969, to Thai parents in Bangkok, Thailand. Bui Simon's mother, Sornglin Supakosol, took her and her young sister to the United States when they were pretty young to start a new life. The siblings enjoyed a happy life in the States as they had everything they needed. Unfortunately, her sibling passed away in 2005. 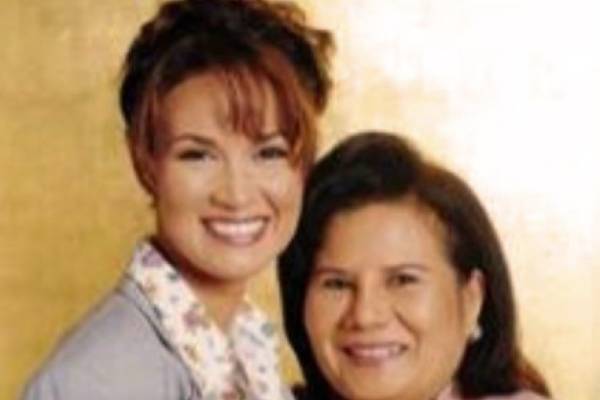 Having grown up in Thailand's Ubon Ratchathani, Bui Simon's mom knew how simple life was, so she wanted to give everything to her little girls. However, Sornglin taught her kids to appreciate everything, whether it's what they ate or wore, since she had nothing when she was small and used to work in the rice fields. As her mama studied in Nongkung School, a small school in the rural suburbs of the province, Bui was inspired to return to Thailand and improve educational standards and assist underprivileged children.

Herbert Simon's wife attended the Washington Irving Middle School and Franklin High School in Los Angeles. She graduated from Pepperdine University with an MA in Psychology.

What Is Bui Simon Famous For?

Bui is famous for winning the Miss Universe contest when she was only 19 years old on her first try. She also became the second Thai woman to receive the award after Apasra Hongsakula won the beauty pageant in 1965. In the 80s, when beauty contests were a rarity in Thailand, Porntip winning a prestigious title like Miss Universe wasn't a small feat.

These days, the beauty queen is also known for her marital relationship with the Pacers owner. Her philanthropic efforts, including creating schools for underprivileged kids in her homecountry, are also increasing her popularity.

Bui Simon Net Worth And Career

Alongside beauty, Mrs. Simon is a humble individual with a down-to-earth personality. In addition to her background, many might be curious about Bui Simon's net worth and career. Well, she started taking part in beauty contests during her teenage years.

When Bui was 15, she became a contestant in the 1983 Miss California Teen USA and finished as the runner-up. She returned to Thailand and participated in the 1988 Miss Thailand pageant held in Bangkok. There, she won the right to represent her birth country in none other than Miss Universe. At the contest, she won the title and Best National Costume Award. Bui must have also received a notable cash prize.

On the other hand, Bui Simon's husband is the chairman emeritus of the Simon Property Group, which has about 199 properties, including 95 malls, sixty-nine premium outlets, fourteen mills, six lifestyle centers, and fifteen other retail properties in thirty-seven states and Puerto Rico. His owned Indiana Pacers has a value of $1.67 billion as of October 2021. As such, Herbert Simon's net worth is $2.4 billion.

Combined with her spouse, Bui Simon's net worth must be notable. Also, she bought a 7-bed and 13-bath house for $33.85 million in 2018 and has been involved with her husband's business a lot. In addition, Bui was named the sole buyer of the Palisades mansion.

As already mentioned, Mrs. Simon is a philanthropist. Apart from the Angels Wings Foundation, Bui is on the Board of the Children's Museum of Indianapolis as a distinguished advisor. She is also on the Board of Governors for the Dream Foundation and has spent two decades giving back to society.

When the former Miss Universe was serving as a Goodwill Ambassador, she advocated for the rights of the Child Bill at the United Nations. Also, during the mid-90s, she organized a ten-city charity convert tour, raising funds for Thai kids' food, schools, medical needs, and housing. She also developed the Bui Simon Thai Endowed Scholarship Fund with her alma mater.

Recipients chosen for the scholarship receive $5,000 toward city or community college tuition. Also, the scholarship includes $10K for a four-year college or university tuition. After such a big contribution to her university, Simon was elected to the Board of Regents in 2009. Likewise, her foundation Angels Wings has made education a top priority and serves needy children in Thailand.

Married For Over Two Decades

Along with her successful career, Simon enjoys a happy married life as well. Bui and Herbert have been married for over two decades as the couple tied the knot in 2002. Their traditional Thai wedding was held on November 4 at The Royal Summer Palace. The duo must share a great bond, having been married for such a long time. The pair got many side eyes earlier, as Bui is more than twenty years younger than her partner. However, their successful marital life has put every doubt about them aside.

Did you know Bui Simon's husband has been married three times? Herbert Simon's ex-wives are Sheila Simon and Diane Meyer Simon. He was first married to Sheila, before getting hitched with Diane, former political staff for Indiana senator Birch Bayh, in 1981. The ex-pair's marriage ended in 2000.

With a blissful conjugal life, the Simon pair also share five children together. Herbert Simon's wife gave birth to their two kids, while the other three are her late sister's children. The smitten duo must be showering their babies with immense love and support. 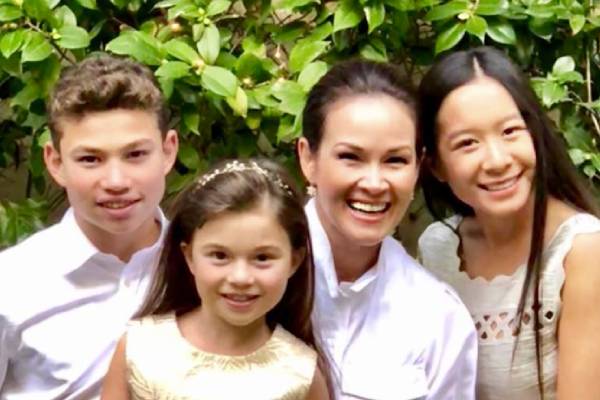 Bui Simon's son, Sean Simon, was born in the mid-2000s. Likewise, among her three adoptive kids, one is daughter Sophie Simon. She is raising her little ones away from the limelight and is determined to instill her own mother's principles in them.

Overall, Herbert Simon's spouse seems to be leading a great life. From winning a beauty pageant competition at such a young age, Bui is now renowned for her charitable works. Let's hope she continues to succeed in what she does and receives all praise that she rightfully deserves.