Doug Mansolino is a renowned baseball personality who previously served as a coach in Major League Baseball (MLB). He has coached several professional basketball teams. He was named field coordinator for the Atlanta Braves in 2018.

From playing baseball at his high school to becoming part of some of the popular MLB teams, Doug has had an inspiring career journey. So, in this article, let's unfold Doug Mansolino's unrevealed facts to learn how he could turn his childhood dream into reality.

Was Hard Working From A Young Age

The former coach was born on September 20, 1956, in Plainfield, New Jersey, USA. Growing up, Doug had quite a tough time. When he was a freshman, Doug Mansolino's mother died while giving birth. His infant sibling also couldn't make it. After the demise of his mom, the sportsman went to live with his grandfather, who also passed away from a heart attack.

While speaking on Doug Mansolino's father, who had divorced his mother years before, he lived in New Jersey. With no other family in Southern California, Doug was on his own. However, his parents' names haven't been disclosed yet.

As per Los Angeles Times article, the young guy then lived with his teammates, sometimes borrowed a floor to sleep on, and supported himself by working three jobs. Similarly, Doug even took care of the Golden West baseball field, worked in a pizza parlor, and pumped gas--all at the same time.

Career As A Coach

Doug had developed an innate admiration for baseball from his early years. After playing for a collegiate team, he first became an assistant coach for Golden West in 1982.

Mansolino's impressive coaching skills soon grabbed the attention of other coaches, and he was soon called by Jim Lefebvre, the then-manager of Phoenix Giants. As such, he began his professional journey in 1985 as the third base coach for the Giants. The following year, he was appointed as the San Francisco Giants' roving infield instructor.

In 1988, the American coach joined the Chicago White Sox organization. He worked for around eight years in several posts, including Director of Instruction, minor league defensive coordinator, first base coach for the major league team, and third base coach.

Not only that, the Plainfield native had interim managing stints with the Clinton Giants, Vancouver Canadians, and Sarasota White Sox. And with all the things he has achieved to date, one can expect Doug Mansolino's net worth to be a grand sum.

Likewise, the average income for an MLB manager is $78,598 per year, and the earnings of an Atlanta Braves Coordinator is $40,184. Thus, Doug Mansolino's salary must be significant as per his contract with the Braves.

Another famous coach who has a massive fortune is Chris Hawkins.

Was Forced To Resign

In 1997, 20 years old Tim Bishop, an outfielder on New York Mets' Class A team Capital City Bombers, was killed in a car accident. Later, the autopsy showed that the victim's blood-alcohol level was pretty high.

At that time, Doug was the manager of the Capital City Bombers. Furthermore, the accident led to Mansolino's forced resignation from the Mets organization alongside other coaches, Dave Jorn and Tim Leiper. However, that did not stop Doug in his coaching journey. He went on to join Milwaukee Brewers as its first base coach.

His Son Is Also A Baseball Coach

The Huntington Beach High graduate is a proud father of three kids. Among them, his son, Anthony Joseph Mansolino, aka Tony Mansolino, has only come into the limelight. The latter was born on September 28, 1982, and has grown up to follow in his father's footsteps.

Tony initially began playing baseball at Vanderbilt University. Later he was selected in the 26th round of the 2005 MLB draft. After playing in the minor league for six seasons, he is currently serving as a third base coach for the Baltimore Orioles of MLB.

Besides, Doug Mansolino's son, Tony, is a family man. He is married to Adrianna Mansolino and has welcomed two sons. Doug's grandchildren are Jackson Mansolino and Maddox Mansolino. 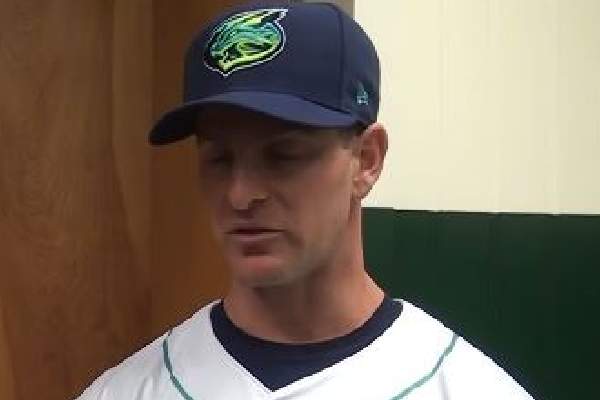 Tony is also a children's book author. He previously collaborated with his brother's girlfriend and released Dreams Will Come, Dreams Will Go. Hopefully, we will get to learn more about Doug Mansolino's other children in the future.

Is Doug Mansolino In A Relationship?

While Mansolino is an influential figure, his relationships have always been kept private and haven't been highlighted much, unlike his coaching career. But, it hasn't stopped his fans from searching about his love life. They are curious to know who he has been married to.

Well, as per one LA article, the former coach is married and shares three kids with his spouse. Unfortunately, information about Doug Mansolino's wife is relatively scarce. Nevertheless, she must have supported her hubby throughout his coaching career and afterward.

Overall, we hope Doug is living a comfortable life with his partner and children. As he has been promoted to an advisory role in Braves, we wish Doug will continue getting more success in this position too.