Elizabeth is an actress who is widely known as Catherine Keener's sister. Image Source: Social Media.

Catherine Keener is a household name in the entertainment industry. She has received worldwide fame, recognition, and attention because of her remarkable career, which spans over three decades. However, it's not just her, but her sister as well, who has equally done great in her professional acting career.

Catherine Keener's sister is Elizabeth Keener, an actor, and producer by profession. She has been working in the entertainment industry for over two decades now. So after working for many years, many of her fans are interested to know if the actress has already found a lover with whom she can share her laughter and pain. To learn more about Elizabeth Keener's partner, stick with us till the very end of this article.

Her Sibling Is A Successful Actress

Catherine Keener's sister was born on 1 December 1966 in Miami, Florida, USA. She was welcomed into this world by her mother, Evelyn (nee Jamiel) Keener, and her father, Jim Keener, a mattress store manager in Hialeah, Florida. On her mom's side, Elizabeth is of Lebanese descent and Irish descent on her dad's side.

Furthermore, Keener grew up alongside four siblings, and one of her elder sisters, Catherine Keener, is an established and dedicated actress, as mentioned earlier. Elizabeth Keener's sister has played sympathetic, resentful, and melancholy women in supporting roles in both independent and mainstream films.

She received two nominations for the Academy Award for Best Supporting Actress: once for Being John Malkovich (1999) and once for Capote, in which she played novelist Harper Lee (2005).

Apart from this, not much is known regarding Elizabeth Keener's educational background and early childhood, as she has successfully maintained her personal life under cover.

All About The Actress's Professional Career

Catherine Keener's sister, Elizabeth Keener, made her professional acting debut with the movie Teresa's Tattoo in 1994. Following that, she has appeared in several other movies such as Farm Sluts, Cross Bronx, Friends with Money, Please Give, The Chosen, and Ashes. Not just films, Elizabeth has also been featured in different TV series, including Ellen (her on-screen debut), Grapevine, Felicity, Crossing Jordan, The L Word, Christmas Flow, and My Generation.

Besides, the Miami native has served as an executive producer for Detroit Winter (2012) and Ticket to the Circus (2012). Also, the TV movie Skirtchasers was produced by Miss Keener. Catherine Keener's sister has also worked as an assistant for the 1998 movie Goodbye Lover. In 2009, she even voiced the female medic and "Tonya" in "Mr.Mathers" for the Relapse album of Eminem.

Since we are talking about siblings, you would not want to miss learning about Ryan Reynold's brother Jeff Reynolds. Is he also involved in the entertainment field, just like Catherine Keener's sister? To find out more about him, don't forget to read the article until the end.

Who is Elizabeth Keener Dating?

Elizabeth is charming, hard-working, and kind; there is absolutely no doubt about that. Since she has every attribute it takes to entice any men, her fans are curious to find out who Elizabeth Keener is dating.

Although The Chosen actress has been upfront regarding her professional endeavors, she sadly prefers to maintain her romantic relationships low-key. And that's completely understandable on her part. So hopefully, fans will get to meet Elizabeth Keener's lover in the coming days. 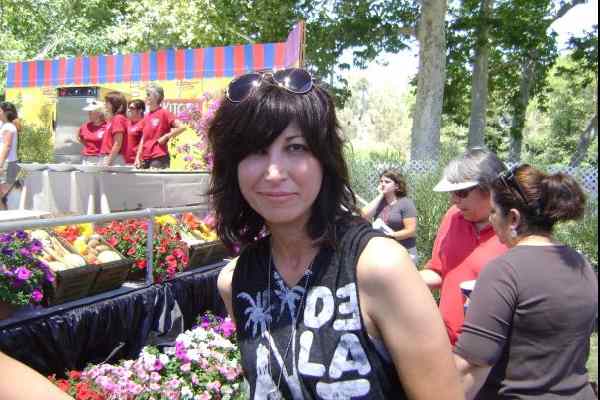 Nonetheless, Elizabeth seems to be focused on her acting projects as of now. Fans are rooting for her and look forward to seeing her get established and thrive in the entertainment industry. Our good wishes are with her.