Who Is Andrea Lee's Husband? Has She Parted Ways With Donny Aaron?

Home Entertainment Who Is Andrea Lee's Husband? Has She Parted Ways With Donny Aaron?.

Don't let MMA fighter Andrea Lee's sweet and gentle demeanor fool you, for she carries a vicious punch that could knock your lights out. She is a well-trained kickboxer and mixed martial artist who currently competes in UFC. Lee has won multiple matches in the promotion and is one of the highest-ranking female competitors in the flyweight division.

Lee has enjoyed a successful career so far, however, the same couldn't be said about her love life. Did you know Andrea Lee's ex-husband abused her? The latter had previously made several negative headlines for various reasons. Thankfully, the sportswoman has put a full stop to that relationship. So, is she dating anyone now?

Hence, we will try to fulfill every curiosity regarding Andrea's relationship and love life in this article.

Was Previously Married To Donny Aaron

As the title suggests, the Atlanta native was wedded to Donny Aaron. The latter is an ex-cop who also served as his then-wife's coach. The former pair tied the knot in the early 2010s and enjoyed marital bliss for several years. Moreover, both often shared pictures of training and going on vacations on social media.

The UFC fighter trained with her former partner from day one. She once shared how much he believed in her and credited her success to Aaron. Additionally, Andrea Lee's ex-husband is a retired IKC champion and head coach of Karate Mafia, as per his Twitter bio. He also coached other fighters alongside Andrea.

Aaron Was Arrested For Abusing Her

As we all know, not every marriage is picture-perfect, some couple prefers to obscure their problems from outsiders to show everything is fine. Likewise, Andrea and Donny appeared as a loving pair, but there were many troubles lurking in their relationship. It all came to the surface after an arrest warrant for Andrea Lee's then-husband was issued in August 2018.

The mixed martial artist accused her then-spouse of attacking her at their house in Shreveport. As per the report, Donny choked her and threatened to put a cigarette out on her arm. Furthermore, Lee's teammate, Andy Nguyen, provided a statement to support the case. After the domestic violence charges were filed, Aaron went into hiding and was only arrested nine months later, in May 2019.

After his arrest, Andrea's ex-partner was charged with domestic battery and failure to appear in court. He was soon released on a $1,700 bond and was awaiting a court date. Furthermore, it wasn't the first time Donny had been in trouble with the law. He previously made headlines for having a swastika tattoo on his left forearm. He released a lengthy Twitter post in response to the matter.

Aside from that, Lee's ex-partner was found guilty of negligent homicide in 2009. Before that, he served jail time for assaulting his ex-partner's fiancé. Moreover, since his 2019 arrest, not much has been revealed about Andrea Lee's ex-husband, as he has maintained a low profile.

Shares A Child With Her Former Husband

Though her marriage ended in shambles, it provided Andrea with her baby girl, Ainslee, born in 2012. She has inherited her mom's beauty and is also a ballerina. Lee often uploads pictures of her little girl on social media, for which she received criticism. Apparently, many criticized her for exposing her child to the media and accused her of using Ainslee to make herself look better.

In response to the critics, the Kyokushin black belt holder replied she is proud of her only kid and is only posting mom-daughter pictures. As Andrea Lee's daughter is still quite young, she has yet to fully understand the magnitude of MMA fighting. Hence, the former understands that Ainslee might not fully understand her career, still she hopes her little girl might become more involved in the future.

Who Is Andrea Lee's Partner?

While MMA fighters are already battling out inside the ring, Lee's fight extended further even in her personal life. Being subjected to domestic violence is scary even for strong women, and Andrea knows how much she suffered then. Still, life goes on, and Lee, too, has moved on from that bad ordeal. What's more, she has found her Mr. Right.

The UFC competitor is dating fellow fighter, Tony Kelley. The latter has been professionally fighting since 2012 and is most notably known for his UFC fighting stint. Moreover, the couple has been in a relationship for a while now, and both look adorable together. Andrea doesn't hesitate to gush about her beau on social media and frequently shares how much she believes in him. 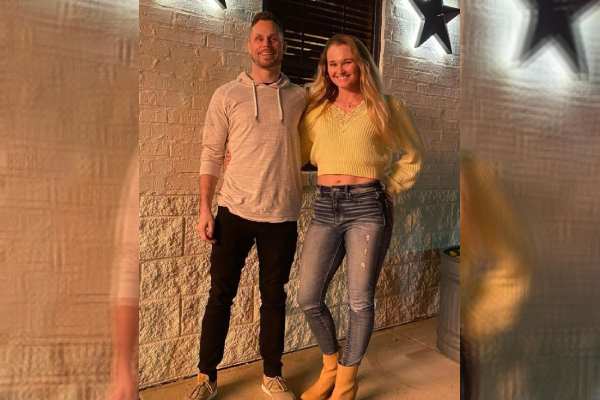 Likewise, Andrea Lee's boyfriend doesn't hesitate to share how much she means to him. The pair train together and are seen standing in each other's corner during bouts. Although the lovebirds have recently started dating, will we hear wedding bells anytime soon? Guess we will just have to wait.

To conclude, Andrea has found happiness after her failed marriage. While not sparring, she is enjoying a comfortable life with her partner and daughter. We are happy for her and wish her more success and prosperity in the future.