Wanda Ventham is a veteran British actress known for her prominent roles in more than a hundred films and TV series. Apart from her widely acclaimed role in 'Doctor Who,' Ventham has been pouring her talent into several other TV series like UFO and sitcom Only Fools and Horses. Moreover, she has also established herself as a talented actress on the silver screens.

Beginning her career in the 1950s, the blonde actress has come a long way in her career and personal life as well. Benedict Cumberbatch's mother, Wanda Ventham, has a family of high-profile actors, including her son and husband. The stunning veteran actress was also featured in the 'Most Beautiful People in the World' edition published by People Magazine. Today, let's learn about the classical actress Wanda Ventham's biography.

Wanda Ventham was born in Brighton, Sussex, on 5th August 1935, to her parents, Gladys Frances and Frederick Howard Ventham. Raised in an ordinary British family, she had a passion for art during her childhood.

Aspiring to be an artist as a teenager, Wanda attended an art school in her hometown while crafting arts as a scenic painter for the Connaught Theatre in Worthing, West Sussex, during holidays. Her exposure to professional theatres prompted her to quit art and pursue acting as a career.

Following her newly discovered passion, Wanda joined the Central School of Speech and Drama in 1953. She polished her acting skills through vigorous training sessions in the institute. Wanda Ventham's career began shortly after her graduation in 1956.

With an illustrious acting career comprising more than six decades of hard work, Wanda Ventham's career highlights are nothing short of a fairy tale. Making her debut as the character of 'Gina' in the film 'My Teenage Daughter' in 1956,  Wanda then became a prominent cast member in several movies like 'The Navy Lark' in 1959 and 'On the Beat' in 1962.

In the 1960s, Wanda appeared in minor roles in several movies and TV series. Selling her versatile acting chops, Wanda was also featured in Peter Rogers Productions' comedy film Carry on up the Khyber and Carry on Cleo. Throughout the decade, she worked in numerous movies and TV series, including Solo for Sparrow, The Cracksman, Hit and Run, The Big Job, The Avengers, Death Is a Woman, and many more.

After acquiring a substantial amount of experience as an actress, she finally got her big break in 1974. Wanda delivered a scintillating performance as Colonel. Virginia Lake, in Gerry Anderson's British sci-fi series 'UFO.' Though she appeared in only a few episodes, she was widely recognized from the series.

Wanda has also appeared on three occasions in Sydney Newman's widely acclaimed classic series 'Doctor Who.' Her performance was highly applauded, as Jean Rock in The Faceless Ones in 1967, as Thea Ransome in Image of the Fendahl in 1977, and as Faroon in 'Time and the Rani' in 1987. She also appeared with a recurring role as Pamela Parry in John Sullivan's 'Only Fools and Horses.' from 1989 to 1992. Her performance in the comedy series was highly lauded in the industry. 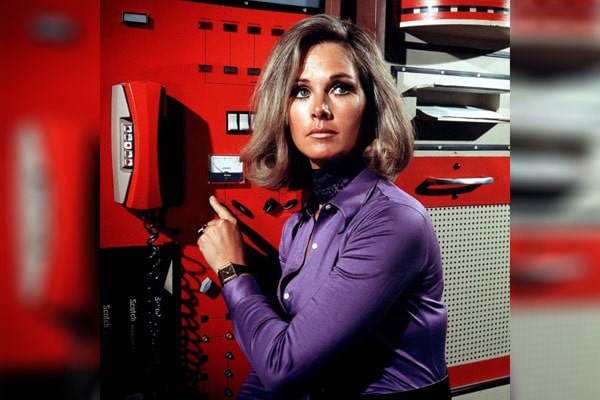 Wanda went to work in several renowned movies and TV series, diversifying her experience in the industry. In 2014, she played the role of Sherlock Holme's mother in the acclaimed crime mystery series 'Sherlock.' While she portrayed the character of Mrs. Holmes, Wanda Ventham's husband Timothy Carlton played the character of Sherlock's father in the drama. Sherlock, the widely acclaimed drama TV series, starred Benedict Cumberbatch, who is also the real-life son of Wanda and Timothy.

As for Wanda's recent projects, the actress has portrayed Fay Douglas in Kate O'Riordan's thriller TV series, Penance, released in 2020.

Wanda Ventham Net Worth And Earnings

Looking at her career achievements, we can expect Wanda Ventham's net worth to be in the millions. However, without any official confirmation, Ventham's fortune still ends with a question mark. Since acting is her primary income source, one can guess Wanda's wealth is mainly contributed by her acting gigs.

Being over 85 years of age, Wanda still performs vibrantly as an actress earning thousands of dollars as her salary. Although Wanda Ventham's earnings are still a mystery, she might have collected huge paychecks from blockbuster movies and TV series. Just to give you an example, the British crime TV series, Sherlock, produced by BBC network, reportedly made a huge amount of money, generating profits of about $174 million in 2014. Being a vital cast member of the show, Wanda must have collected a big chunk of money as her remuneration.

Although her son, Benedict Cumberbatch, has a net worth of $40 million, Wanda Ventham's net worth is still not verified despite her lengthy career.

Wanda Ventham is widely famous as Timothy Carlton's wife and Benedict Cumberbatch's mother, but only a few know about her previous marriages. Let's peek into Wanda Ventham's relationship history and her children.

Ventham married her former husband, James Tabernacle, in 1957. She was 22 at the time. Her marital relationship with Tabernacle resulted in the birth of their daughter Tracy Peacock after a year or two of their marriage. In an article published on BBC America, it is revealed that Wanda turned down the chance to work at the Royal Shakespeare Company as she was pregnant with Benedict's older sister, Tracy. Blessed with a daughter, Wanda continued her marital relationship with James until their bond started to deteriorate in the early 1970s. Wanda Ventham divorced James Tabernacle on 12 November 1974 and ended their relationship on a good term. 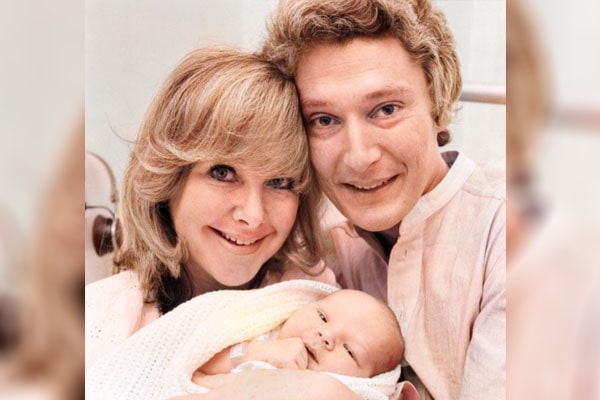 Wanda Ventham gave birth to her only son with her husband Timothy Carlton, Benedict Cumberbatch in 1976. Photo Source: Instagram/benedict_cumberbatch9.

Wanda met her second husband, Timothy Carlton (Cumberbatch) while filming the historical drama series A Family At War in 1970. It wasn't until Wanda's divorce; the couple finally got the chance to advance their love life. The English actor, Timothy, became Ventham's lawfully wedded husband in April 1976. Since then, the couple has appeared together on several TV series like The Lotus Eaters, Crown Court, Fallen Hero, Next of Kin, and Sherlock. One of the fun facts about their relationship is that Wanda Ventham's husband is four years younger than her.

Mother of a Superhero

Wanda Ventham gave birth to her son, Benedict Cumberbatch, on 19 July 1976 at Queen Charlotte's and Chelsea Hospital in London. Cumberbatch is also the only child of his parents. Popularly known as Dr. Stephen Strange from the Marvel movie 'Doctor Strange,' Cumberbatch has also thrilled the audience with his acting skills on Avengers: Endgame, Sherlock, Hawking, and many more. 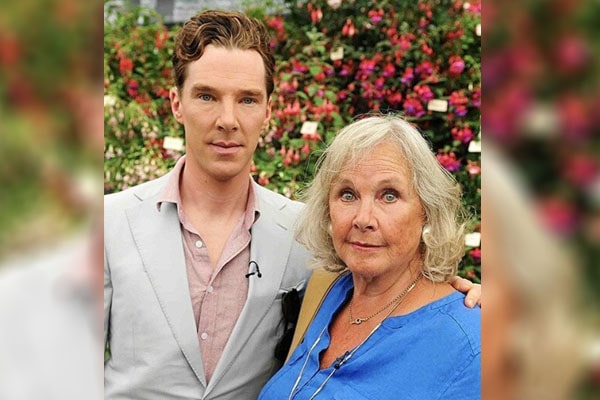 The British superhero actor is married to his friend-turned-wife, Sophie Hunter, and is blessed with two sons, Christopher Carlton Cumberbatch and Hal Auden Cumberbatch, and also a rumored third child. Wanda Ventham's grandchildren must feel lucky to have a star-studded family.