Just as he says, "The further you get away from yourself, the more challenging it is. Not to be in your comfort zone is great fun", Benedict Cumberbatch's discipline towards his art form and his drive to deliver his best at whatever he does has made him a tour de force in Hollywood. Performing in astounding movies ever since his start in the movie industry, Cumberbatch has been a nugget of excellence in every project he has been associated with within the show biz.

The academy awards nominee and Emmys winning actor has appeared in countless numbers of movies and TV series throughout his career since 1999. Cumberbatch has received the CBE (Most Excellent Order of the British Empire) for his contribution to the movies and arts industry. The Queen granted the prestigious honor to the Englishman at a ceremony at Buckingham Palace in 2015.

So, let us learn some more about Benedict Cumberbatch's career and life.

Benedict Timothy Carlton Cumberbatch was born at the Queen Charlotte's and Chelsea Hospital in London, England, on 19th July 1976. The Sherlock star belongs to a family of performers as both of his parents are actors. Benedict Cumberbatch's mother is UFO, and My Teenage Daughter actress Wanda Ventham and his father is the Parting Shots and That Lucky Torch actor Timothy Carlton Congdon Cumberbatch. Benedict is the only kid of Carlton and Wanda, but he has a half-sister, Tracy Peacock, from his mother's previous relationship. Cumberbatch's sister was born to Benedict's mother and her first husband, James Tabernacle. He is the grandson of World War I and II veteran Henry Carlton Cumberbatch. 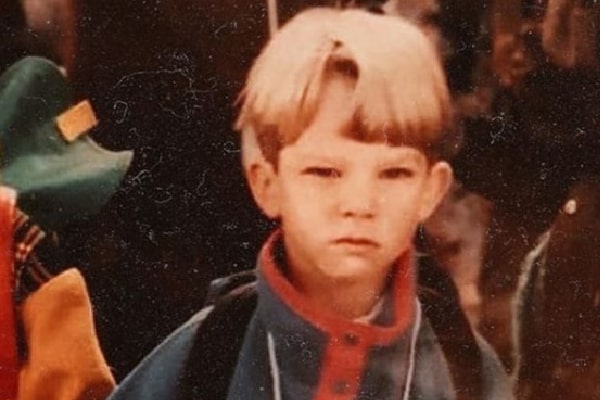 Having born in a family of artists, Benedict also cultivated a passion for the performing arts and attended acting courses since childhood. Cumberbatch started attending boarding schools from the age of 8. He attended the Brambletye School in West Sussex and learned to act in Harrow School as an art scholar. Benedict participated in various plays, including some Shakespearean work. Later on, he attended Victoria University of Manchester to study drama and then attended the London Academy of Music and Dramatic Art, graduating with a Master of Arts in Classical Acting.

Following the path he pursued in college, Benedict was destined to be one of the great actors of the current time and have a tremendous career.

Career and Success in Hollywood

Benedict Cumberbatch's career started as a theatre actor. He performed in plays such as Hedda Gabler, After the Dance, the Children's Monologues during his early days as an actor. He received great success and some awards for his astounding performances.

The enormous name in Hollywood started his career with a little British movie, Fields of Gold, in 2002. He was already a theater star when he made his debut. Slowly but surely, Benedict started landing bigger movies and bigger roles in those movies, expanding his portfolio in the process. He portrayed Stephen Hawking in the 2004 movie Hawking and many other characters along the way. In 2010, Benedict got to play Sherlock Holmes in the BBC's hit Sherlock series. His role as Sherlock, also one of Benedict's most popular roles, gave him the exposure to the wider Hollywood audience that he truly deserved. Following his incredible performance in Sherlock, Cumberbatch has been in part of countless Hollywood projects like The Hobbit trilogy, Star Trek, 12 Years a Slave, Brexit, The Imitation Game, Doctor Strange, and Avengers.

Benedict has also been nominated for countless awards. He won an Emmys for his role as Sherlock in 2014 and got nominated for the Oscars and the Golden Globe for his portrayal of Alan Turing in the 2013 movie, The Imitation Game.

This huge portfolio, including multiple franchise movies, would sure accumulate a large sum contributing to Benedict Cumberbatch's net worth.

According to Celebrity Net Worth, Benedict Cumberbatch's net worth is estimated to be around $40 million. The Englishman has compiled this sum through all the A-list movies and shows he has been a part of. Some of Benedict's movies and their box office collection as per Rotten Tomatoes are mentioned below:

As an actor playing significant characters in the aforementioned movies, Benedict would surely have gotten huge paycheques for said movies. Also, as a part of various A-list movies, Benedict would have special contracts providing bonuses according to the movie's profit. Cumberbatch reportedly pocketed $5.78 million (£4.2 million) for his Marvel appearances. However, his earnings from the MCU is set to increase in the coming days as, according to Bustle, he could score a staggering $10.33 million (£7.5 million) for Doctor Strange 2.

Cumberbatch has been a part of many hit series and mini-series. According to Net Worth Celebrities, Benedict got paid $400K per season for Sherlock. Likewise, his leading roles in shows like Parade's End, Brexit: The Uncivil War, and much more would surely gather up to be a huge chunk. Benedict also gets about $300K for his endorsement deals and photoshoots.

Cumberbatch has spent a lot of his earnings on lavish houses and cars. His Los Angeles house is estimated to be around $14.9 million. One of his most prized cars, Giulia, cost the actor $40K.

All this prosperity would surely let Benedict Cumberbatch's wife and kids have a lavish and fancy life.

Benedict Cumberbatch's wife is an English theatre director, playwright, and former performer, Sophie Hunter. Benedict became Sophie's husband on 14th February of 2015, taking their 17-year friendship to another level on Valentine's Day. The charming couple tied the knot in a beautiful ceremony at the 12th-century church of St Peter and St Paul's Church in the Mottistone village located on the Isle of Wight. 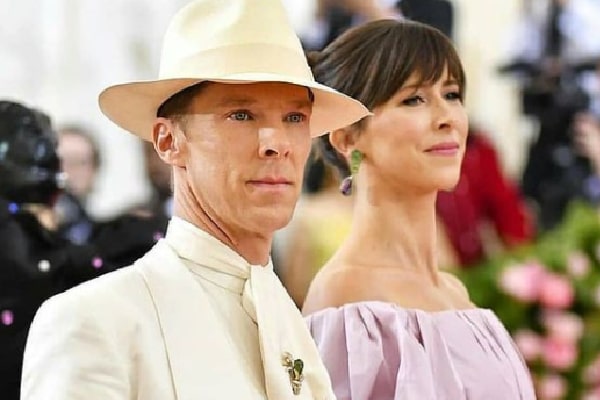 Benedict was involved in a relationship with Olivia Poulet when he met Sophie. Benedict Cumberbatch's girlfriend since high school, Olivia, broke up with him a few years later. Subsequently, Benedict started dating Sophie, and their relationship is rumored to have been started since 2014 as they were seen together during the French Open. The couple is private about their relationship though they get chased by paparazzi from time to time.

Benedict loves his life with his lovely wife and his adorable kids.

Benedict Cumberbatch had the privilege of being a father in 2015, five months into his marriage with his wife. His wife, Sophie, was already pregnant with their older one when they got married. Their older son, Christopher Carlton Cumberbatch, was born in 2015, two years before their younger son, Hal Auden Cumberbatch, was born in 2017. Cumberbatch and his wife are very secretive about their kids, but we can see how they love their kids boundlessly through their pics.

Due to the fact that both Benedict and Sophie are reticent when it comes to their kids, it's fairly difficult to know about the kids' lives. But according to some rumors, the pair might be having a third child. Although the couple have not talked about their third kid, if it is, in fact, true, we hope that Benedict Cumberbatch's children would have a great life ahead of them.