Thelma Riley is best known as the first wife of the famous rockstar Ozzy Osbourne. Ozzy is a well-known British artist who used to be the frontman of the hit band Black Sabbath.

John Michael "Ozzy" Osbourne met his first wife, Thelma Riley when he was 22 years old. The couple had a brief relationship before getting hitched within months of meeting. Here is a short biography about the rock legend's ex-wife.

The early life of Ozzy Osbourne's ex-wife Thelma Riley, also known as Thelma Mayfair, has been wrapped up and kept in private. There are no credible sources that state what her life was like before she met the rockstar. Even the Osbourne family has respected her privacy and never released any details of her life.

Still, it has been reported that she hails from Birmingham, England. Also, it has been claimed that she shifted to Leicestershire to work. Apart from that, anything about her personal life is yet to be revealed.

The first wife of rock and roll star Ozzy Osbourne, Thelma Mayfair, has never been a woman to enjoy her life in public scrutiny. She has always been very mum about her life. However, many sources claim that the ex-wife of the rockstar, Thelma is a teacher. Although the subject she teaches isn't known.

As expected from a private person, Thelma Riley's net worth is yet to be published. But taking in the fact that her ex is a world-famous artist, she must be living a comfortable life.

In contrast to Thelma's muted and private life, her ex-husband John Michael has been living a fully public life filled with drama. The former Black Sabbath frontman has been able to amass a net worth of an impressive $220 million. The whopping amount has been accumulated due to the extensive career of Ozzy Osbourne as an artist, author, and TV personality.

Thelma Riley met rock and roll legend Ozzy Osbourne, while at Rum Runner, a nightclub in Birmingham. The two are said to have kicked it off, and soon they started dating. Not long after, in July of 1971, they tied the knot. At the time of their marriage, Thelma already had a son named Elliot Kingsley. The couple went on to have two more children; Jessica Starshine Osbourne and Louis John Osbourne.

Thelma's children are now all grown up and have their own lives. Her eldest son, Elliot, is a theatre actor who has been passionate about theatres and their conservation for a long time. During the coronavirus pandemic 2020, Elliot fought hard to collect donations and preserve the theatres that had been closed.

As the oldest child of Ozzy, one would assume, Jessica, to be at the forefront of the Osbourne family shows and drama. However, she has never made an appearance in the public eye. She was an unseen member of the reality show, The Osbournes but was mentioned once.

In one of the episodes, Ozzy receives the news that his oldest daughter had given birth to a daughter. Besides this no other family member ever mentions Jessica.

Since not much is known about her whereabouts, many have speculated that Jessica is involved in the entertainment business. Actress Jessica Osbourne or Jessica Marie Osbourne was also born in England which led to more rumors. However, neither of the individuals has come forward to refute or confirm the claims. 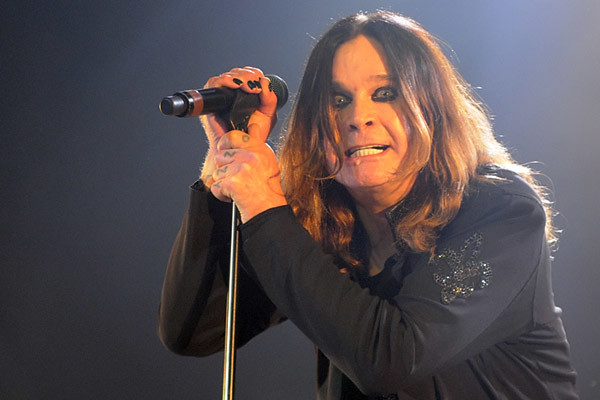 On the other hand, Thelma Riley's youngest child, Louis John, has been involved in the music industry for quite some time. At one point he filed for bankruptcy. But he has since recovered from the financial crisis.

Moreover, he is married to talented and hardworking Louise Osbourne. Louise, the daughter-in-law of Thelma Mayfair and Ozzy Osbourne, is a gorgeous woman with multiple talents. She has started her own acting lessons and is heavily involved in the entertainment industry. Louise is an actress, writer, and producer.

Louis Osbourne and Lousie Osbourne have been married since December 2003 and have two young children together.

Ozzy Osbourne had been an absent dad to his children due to his hectic schedule and constant touring. Due to his involvement with the band Black Sabbath, and the subsequent fame, Ozzy had been hooked on drugs. Because of this, Thelma Riley's children never really got to see their father and did not have much of a bond with him.

Due to substance abuse, constant tours, and him cheating on his wife with his then manager Sharon Arden, Thelma Riley, and Ozzy Osbourne decided to separate. Ozzy also claimed that he treated his ex-wife "very badly". The now ex-couple finalized their divorce in June of 1982, after eleven years of their marriage.

After her divorce from Ozzy, Thelma decided to pull herself out of the public eye completely. Not much about her life after their divorce is known. However, reports claim that Thelma raised her three children on her own. Ozzy removed himself from his ex-wife and children's life altogether.

It seems as though Ozzy Osbourne's ex-wife, Thelma decided to become a single mother and raise her children on her own. To date, there are no reports of her getting re-married or having more children.

In contrast to that, Thelma Riley's ex-husband Ozzy Osbourne got married to his current wife, Sharon Osbourne, almost immediately after the divorce. The couple has three children together, Aimee Rachel Osbourne, Kelly Michelle Lee Osbourne, and Jack Joseph Osbourne.

Before meeting Ozzy, Thelma is said to have been married to another man. She had her son Elliot with him. Unfortunately, there is not a source that can state the identity of the man and whether they were married.

Even though she might have had a hard time as a mother raising her children, Ozzy's ex-wife Thelma Riley has been able to make a good life for herself and her children. It is also unclear if she is still alive today since all of Thelma's children have stayed away from the media. Maybe we will find more about Thelma Riley's life in the coming days.