We all love television shows with unique and realistic plots. These days many tv series try to depict realities to create an impact on their audience. And one such drama is P-Valley. Furthermore, the show is a novel adaptation that follows the daily life stories of strippers working in the strip club named The Pynk.

Shannon Thornton is one of the stars of the show. She portrays a dancer character named Keyshawn, aka Miss Mississippi, in the show. Although the series has raised the actress' popularity, it is not her first project. She has acted on several well-known films and tv series before in her career.

But what did Shannon go through to reach her current status; let's find out in this biography.

Shannon Thornton Started As A Model

The media personality was born on July 24, 1987, in Hartford, Connecticut. Growing up, she was a huge fan of the King of Pop Michael Jackson. Moreover, the latter influenced her to pursue a career in the entertainment industry.

But it was easier said than done in the actress' hometown. As a result, she later relocated to New York to search for more opportunities. Likewise, there weren't many people believing in the young girl's ambition. For instance, her middle school classmate and high school teacher mocked her for her modeling and acting dream. 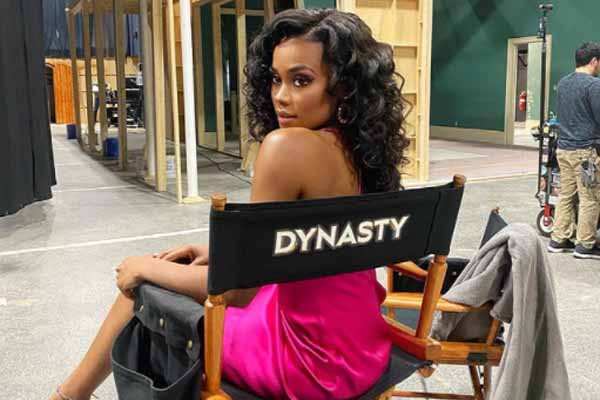 Nonetheless, Shannon Thornton's father and mother had complete trust in her and encouraged her in every step. The latter would also try to erase her daughter's doubts and insecurities.

Eventually, Thornton secured her first modeling campaign with Creme of Nature. After that, she continued her momentum by working with other brands and appearing on magazine covers.

Shannon Thornton Net Worth And Career

The Connecticut native has worked her way from modeling to making her television debut. As a model, she has featured on Essence, Black Hair Magazine, Hype Hair, etc. Moreover, she also worked with numerous luxury brands and walked on runways.

Likewise, Shannon has secured many acting gigs in her career. Alongside fame, she must also have earned a considerable amount from her works. In addition, the tv actress must have done several commercials over the years. 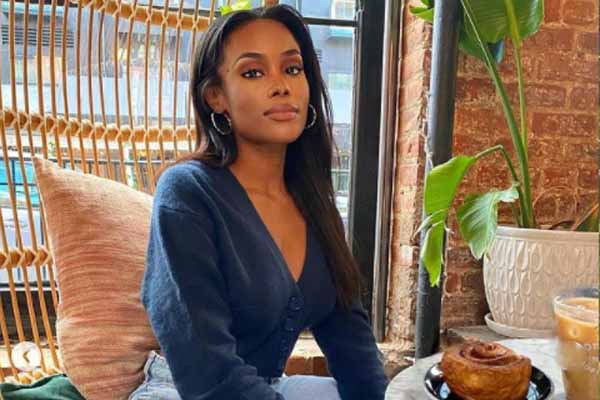 Hence, Shannon Thornton's net worth must be enormous from her modeling and film career. Another well-known model turned actress with a massive fortune is Dree Hemingway.

Shannon was initially on the way to making a name in the fashion industry. However, she was also determined to become an actress and went to many auditions. Finally, the model landed a role in Blue Bloods in 2010. She then went on hiatus for several years before returning to Law & Order: Special Victims Unit in 2016.

Since then, the tv star has acted as guest and main cast on many shows. Her acting credits include Time After Time, The Week Of, Rise, FBI, etc. Moreover, the actress got much recognition after starring in Courtney A. Kemp's Power. She starred alongside Omari Hardwick, Lela Loren, Naturi Naughton, and others.

Thornton finally got her breakthrough after performing in Katori Hall's P-Valley in 2020. She joins Skyler Joy, Brandee Evans, Parker Sawyers, and others in the series. Moreover, the performer's character is a single mom and a domestic violence victim. Many people empathize with her decisions and actions in the show.

Let's have a look at P-Valley's teaser.

There is a massive stigma for strippers in society. So, the artist was initially worried about being judged for her role. However, she later enjoyed her work and acted freely.

P-Valley has garnered many positive reviews in the media. As the main cast, Shannon must have also been paid generously. Aside from that, she has an upcoming series, Inventing Anna, in 2022. It will also add up to her income.

Hence, Shannon Thornton's net woth must have increased after taking on P-Valley.

Who Is Shannon Thornton's Boyfriend?

The media personality's relationships are the major attraction in P-Valley. She is abused by her partner Derrick, portrayed by Jordan Cox in the show. Furthermore, the actress's subtle on-screen romance with Diamond, played by Tyler Lepley, raises the viewer's interest.

P-Valley's season one finale shows Thornton's character, Keyshawn's boyfriend and suitor having a brawl. Unfortunately, it ends on a cliffhanger after the former fires a shot on her admirer.

However, contrary to her on-screen romance, Thornton's real life isn't dramatic. But she has remained silent regarding her love life in the media. Likewise, the performer often poses alongside her castmates on her social media. However, it seems to be only for promotion and nothing else. 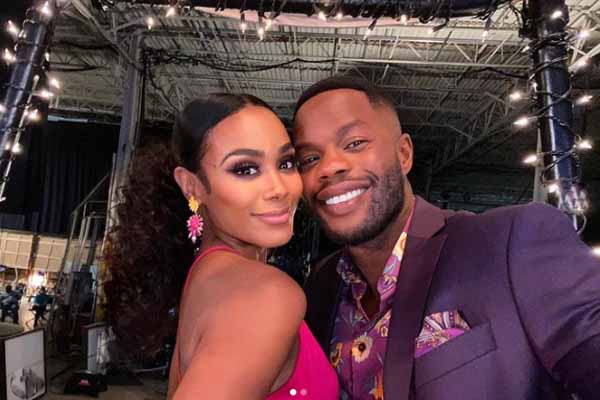 Shannon Thornton is often seen posing next to her male co-stars; however, none of them seem to be her boyfriend. Photo Source: Shannon Thornton's Instagram.

Hence, it is unclear who Shannon Thornton's boyfriend is. She possibly seems to be single and prioritizing her entertainment career.

Thornton has won the hearts of many people with her acting and television presence. She will return in P-Valley's second season, which will be released in 2022. Hopefully, the audience will love her performance and support her in the future.