You may know Rhona Bennett as the actress who plays Nicole Evans in the American sitcom The Jamie Foxx Show. Rhona's appearance on the show solidified her place in the hearts of millions of viewers.

Although Bennett is best known as Jamie Foxx's coworker and singing partner on the show, few know that Bennett is also a member of a contemporary R&B female band named En Vogue. Additionally, she is also a personal coach at Personal Power.

Having begun her career doing voiceovers and industrial films, she has evolved into one of the most influential R&B singer-songwriters. So naturally, many people are curious about her whereabouts.

Today let's take a peek at Rhona Bennett's biography to see how far she's come and what hurdles she's had to overcome on her path to success.

Rhona Lynn Bennett was born on May 10, 1976, in Chicago, Illinois. Unfortunately, the En Vogue star appears to be a private individual who does not like talking about her upbringing. Consequently, the identities of Bennett's parents are unknown. Rhona does, however, have an older sister, Rosalyn Bennett, who is the right guard for the Chicago Force.

Nonetheless, the actress is very close to her family, and her family members are often seen on her social media pages. Similarly, Rhona's mother seems supportive of her career choices. Additionally, Bennett's family at times visit her late father's grave.

Growing up listening to artists like Luther Vandross, Whitney Houston, Rhona developed an early interest in singing. Furthermore, she has stated that she used to write music and screenplays and sing in her parent's basement as a child. 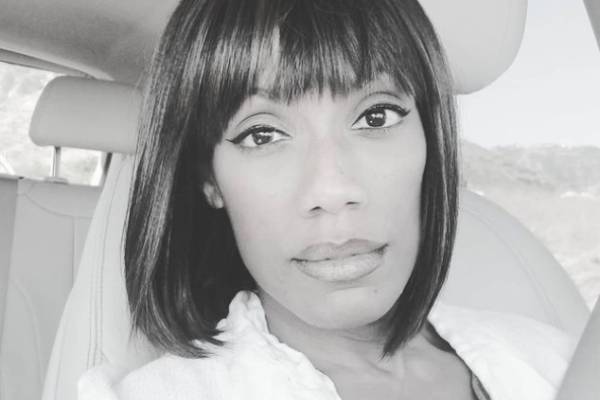 Rhona Bennett was a creative child with a bright and wild imagination who took to singing and songwriting at a young age. Image Source: Rhona Bennett Instagram.

Moreover, the singer used to visit her maternal grandmother and put on small talent shows with her cousins and her grandmother's foster children. Consequently, her grandmother was the one who first discovered her abilities and advised Bennett's parents to pay attention to them. Subsequently, Rhona began singing in a local church choir when she was nine years old.

Rhona is currently regarded as one of the top R&B singers globally, and her parents and siblings must be delighted by her accomplishments.

Rhona Bennett Net Worth and Career

Rhona Bennett has tried her hand at many different things and, thankfully, has found success in all of them. However, she is best known for her musical career. Therefore, it is no surprise that music is her primary source of income.

The celebrity has found enormous success as a model, an actress, and a singer. Owing to her achievements, Rhona Bennett's net worth has soared to a whopping $4 million. Let's take a look at Bennett's professional milestones and how her sources of income have changed over time.

Rhona's Earnings From Her Musical Career

Bennett's musical career began when she signed a recording contract with Rodney Jerkin's Darkchild Records/Sony Music label in 1999. In 2001, she released her first song, Satisfied. In the same year, she then released her album, Rhona, becoming the number one dance hit.

Rhona began her musical career at a young age, and in 2010, she added The Anticipation of R&B to her discography. Additionally, over the years, she has also published several singles, such as The Meaning of Love, Letting You Go, and Take Me There. 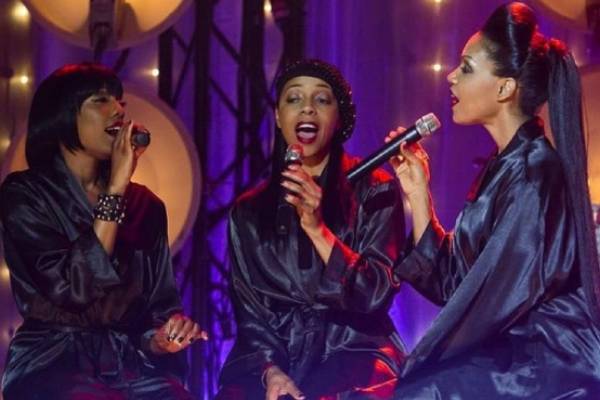 Rhona Bennett is best recognized for her musical career, therefore it's no surprise that music is her primary source of income. Image Source: Rhona Bennett Instagram.

Nonetheless, on August 29, 2008, the singer reunited with En Vogue to perform at the American Music Festival. Subsequently, she rejoined En Vogue for their tour and planned projects in June 2012 and has been working with them ever since. Some of the band's greatest hits include Don't Let Go (Love), Whatta Man, My Lovin', Free Your Mind, Runaway Love, and Hold On.

In addition, the singer-songwriter has performed in several countries and has completed over a dozen tours. Bennett must have made a fortune with the singer's rising popularity and the sales of her albums and songs.

At 14, the Chicago native made her television debut alongside Oprah Winfrey in the ABC drama series Brewster Place as Ernestine Dillard Johnson. In the 1990s, she became a Mouseketeer on the revival of The Mickey Mouse Club, alongside Justin Timberlake, Ryan Gosling, Christina Aguilera, and Britney Spears. She then went on to play Nichole Williams in The Disney Channel's Emerald Cove.

Bennett relocated to California in 1994 to pursue her acting career, making appearances on several series. Nonetheless, she first rose to prominence when she got the opportunity to start in The Jamie Foxx Show, alongside talented stars, including Shelley Jensen, Gerren Keith, Joel Zwick, and Richard Correll.

From there, she went on to guest-star roles on multiple shows. The following are some of her other works, along with the timeline:

The average annual pay, according to ZipRecruiter, of an actress in the United States is approximately $91,401, depending on factors such as experience, popularity, and so on. Rhona has worked as an actress for over three decades, so it is no surprise that most of Bennett's net worth of $4 million comprises her acting career earnings.

Nonetheless, the emerging star will undoubtedly continue to rise to greater heights in the future. So, we wish the rising star every success in her future pursuit.

Ajiona Alexus and Carly Ritter are two other well singers who have dabbled into acting.

Income From Business and Books

Not content with just acting and singing, Rhona Bennett has also authored a handful of self-help books. At present, she has a total of five books under her belt, all of which are priced at $11.00 on her website.

Furthermore, in the fall of 2010, the entrepreneur also started a coaching business. Some of the coaching services she provides, along with their prices, are:

Additionally, she also launched Personal Power University, an online coaching university, in 2016 to help students progress. The entrepreneur has led thousands of people to radical transformation through her social media empowerment conversations and personal/group coaching sessions.

As a result, the businesswoman must have made millions with the sales of her books and coaching sessions alone.

Who Is Rhona Bennett Dating?

Rhona Bennett is a stunning young lady, and many people wonder who her boyfriend is. But, on the other hand, Bennett has remained tight-lipped about her personal life, and the question of "Who is Rhona Bennett's boyfriend?" goes unresolved. 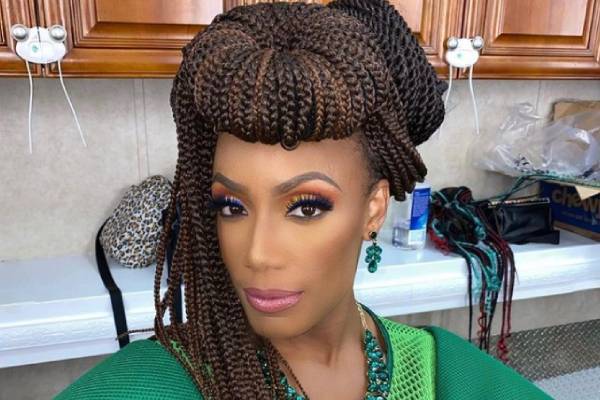 Furthermore, there is no indication of Bennett's other half in any of her socials. However, it's also possible that Rhona is dating behind closed doors since she doesn't want the media to interfere with her personal life. Well, if that's the case, then it might be a while before we get to know who Bennett's boyfriend is.

Clearly, the singer is preoccupied with her tours to date or form romantic relationships. Regardless, any man would be lucky to date Rhona Bennett, so let's hope her future husband is out there and she finds him soon.

For the time being, however, because the singer's ultimate goal is to become the best, we wish Rhona Bennett all the best for the future.