Carly Ritter, born Carly Constance Ritter, is an actress and singer of American nationality. Although the acting projects that she has been involved in have helped her gain fame, she actually came into prominence as the daughter of popular actor John Ritter and his wife, Nancy Morgan. She is one of the three children of the former pair.

As stated earlier, Carly Ritter has also gained fame and popularity through the movies that she has acted in. She is a married woman. For now, let's learn more about Carly Ritter's biography and professional life.

The beautiful actress Carly Ritter was born on March 1, 1982, in Los Angeles, USA. She was born to legendary actor John Ritter and his first wife, Nancy Morgan. She grew up alongside her two siblings, older brother Jason Ritter and younger brother Tyler Ritter. Being born into a family where all members are involved in the entertainment industry might have been the source of inspiration for her to involve in the same field.

Talking about Carly Ritter's father, John Ritter, he was a legendary actor and comedian. He came into prominence for portraying the role of Jack Tripper on the ABC sitcom Three's Company. At the time of his death, Carly's father was starring in 8 Simple Rules for Dating My Teenage Daughter. He had won several prestigious awards and accolades like Emmy Awards, Golden Globe Awards, and many others. 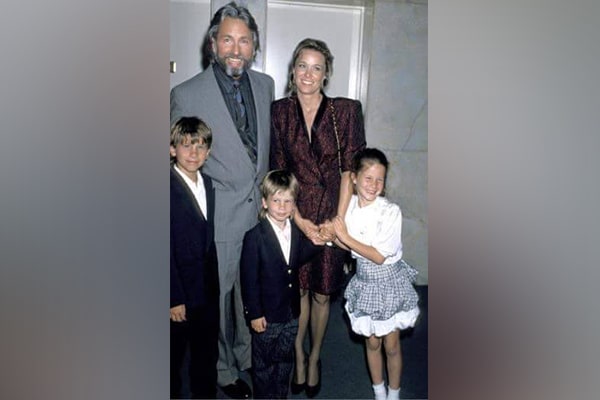 Carly's mother, Nancy Morgan, is also an actress who has acted in several films and television. She started her acting career by starring in the role of Laurie in the television series Lucas Tanner. Similarly, her brothers are also actors by profession. Carly's elder brother, Jason Ritter, is a producer and actor famous for portraying Kevin Girardi in the popular American fantasy family drama series Joan of Arcadia. Furthermore, her younger brother, Tyler Ritter, is also an actor who came into prominence as the star of the American sitcom, The McCarthys. Apart from that, he has acted in several other films and series.

As per IMDb, Carly Ritter attended Crossroads School in Santa Monica, and upon graduating from there, she studied at Vassar College and graduated Phi Beta Kappa from there. She is the class of 2005 at Vassar College, and she had spent her junior year abroad at the University of St. Andrews in Scotland. However, her major at the university has not been revealed yet.

As mentioned before, John Ritter's daughter Carly Ritter is an actress by profession. She might have been inspired to become an actress due to the influence of her family members, who are also involved in the acting profession. As stated earlier, she had spent her junior year in Scotland, and there she discovered her love for Scottish folk music. This led her to explore the roots of American folk music, and eventually, she began experimenting with her own sound and lyrics.

Carly wanted to have a better understanding of her musical roots; thus, she began spending her time in college dusting off the albums of her late grandfather, Tex Ritter. She spent her last year of college scouring through sheet music in the library to know more about folk songs, spirituals, country songs, and blues.

Ritter started to learn, and by 2011 and 2012, she had made a firm decision about pursuing her career in music. By the end of 2012, she had sent her songs to Juliette Commagere and her husband, Joachim Cooder. She mentioned that both of them loved her music and wanted her to bring any other songs or ideas she had.

The album Carly Ritter, which was released in 2013, was her first album that she had started working on after Vanguard Records offered her a deal. The album was a great hit. She toured around the country with her first album. However, she abandoned her solo career and is now working alongside other musicians and her cousin in the band B-Western. Her music career was really great and has helped her gain immense fame and fortune.

Apart from being a musician, Carly is also an actress. She has acted in some films and series like Artbound, Slice, Monsieur Balloons, Bridge School News, and many others. Besides acting, she is also an activist and philanthropist. She is involved in the conservation of the environment and greenery. Ritter has been working with different organizations to collect funds and work for various causes. John Ritter's daughter, Carly, is still working to build her career, so there's no doubt that she will achieve significant success in the coming days.

Karan Ashley, Cymphonique Miller, and Samantha Dagnino are some of the other stars who have successful singing and acting careers.

Aforementioned, Carley has found fame as an actress and musician and also earned a fortune. Looking at projects that she has been involved in till now, one cannot doubt that the beautiful actress Carley Ritter's net worth is now substantial. Her fortune comprises her income from the music album, which is sold for $3.33 (audio CD) on Amazon. Apart from that, she has also earned considerably as an actress. An actress earns $50,633 per year as an average salary, so Carly Ritter's fortune must have increased significantly over her acting career. 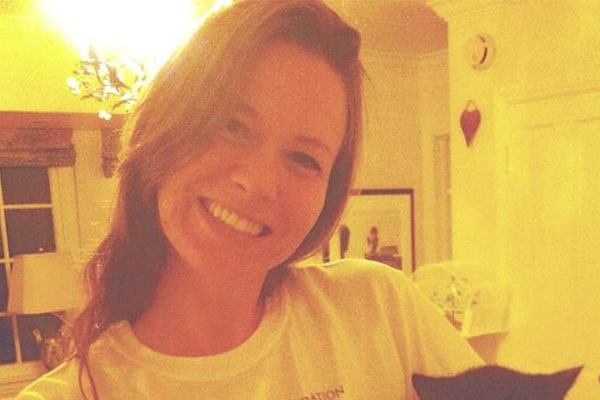 Carly also has a YouTube channel with 389 subscribers. She must have earned a generous amount through her YouTube channel too. The fame that Ritter has gained in her career has helped her secure several endorsement and sponsorship offers. These offers have significantly raised her wealth. All thanks to Carly Ritter's net worth, she is able to live a comfortable and lavish lifestyle.

As for her father, John Ritter's net worth was estimated to be $20 million during the time of his demise.

As we've already mentioned above, Carly is a married woman. According to IMDb, she is married to a man named Tim Rappold. However, some sites claim that Carly Ritter's husband's name is Jason Cape, while others suggest it to be Tim Cape. While the exact identity of her spouse is a mystery, it is clear that the adorable pair are still in love.

While IMDb suggests that the couple tied the knot on September 7, 2016, going through Carly's brother, Tyler's Instagram, we found out that the Ritter-Rappold pair wed in April 2017. The duo reportedly dated each other since 2010. Their marital life is still going strong, and despite the prominence that she has gained, Ritter prefers to keep her life away from the media. Due to this, much information about their marital life has not been revealed yet. Carly's husband also prefers privacy, and both of them have private Instagram.

Talking about John Ritter's daughter Carly's children, she has a daughter named Aria Rappold. Furthermore, in a post on Carly's mother's Instagram, it is mentioned that she has two daughters. However, much information about the other child of hers is not revealed. We can only hope that she speaks about this topic sometime soon. Nevertheless, they must be living a great and happy life.