There is a proverb, 'You have to make your own living, no matter how tall your grandfather was,' which ultimately implies to American R&B singer-songwriter Saleka Shyamalan. Despite her father being a renowned Indian-American filmmaker and actor, she has made a separate identity for herself because of her dedication and hard work.

Saleka made her musical debut with her single, Clarity, in September 2020. With her arrival in the industry, Refinery29 called her a new artist to look out for. She is young and strong-headed, and we can witness that she has a long way to go. Now, let's get to learn more about this aspiring musician through this short biography.

The aspiring musical artist was born on August 1, 1996, in Bryn Mawr, Pennsylvania, U.S. She grew up in Philadelphia and was raised by highly loving and supportive parents. Saleka is the daughter of filmmaker and actor M. Night Shyamalan and his spouse, Bhavna Vaswani. Saleka Shyamalan's father is widely recognized for creating original films with contemporary twist endings and contemporary supernatural plots. Furthermore, M. Night's best projects include The Sixth Sense, Unbreakable, Signs, and The Village.

On the other hand, Saleka's mom, Bhavna, is an Indian-American psychologist and social worker. Saleka's parents exchanged wedding vows in the early 1990s and have been together ever since. Their marriage is enduring and thriving and is undoubtedly inspiring to many people. Besides, the songstress is the granddaughter of Nelliate C. Shyamalan and Jayalakshmi Shyamalan.

The musician is a great daughter and a loving and supportive sister. Saleka's two younger sisters are Ishana Shyamalan and Shivani Shyamalan. While Ishana works as a director, not much has been revealed about Shivana's professional career, and she seems to be pursuing her education. Nonetheless, the family of five is captivating, inspiring, and loving.

Talking about her educational background, Ms. Shyamalan attended Brown University and studied Literary Arts and Music. Her intense passion for music must have drawn her towards the particular course. At the age of 16, she decided to pursue a career in singing and songwriting after having studied classical piano as a child.

Saleka Shyamalan Net Worth And Career

Saleka started her professional musical career in 2020 with her debut track, Clarity, as mentioned earlier. Still, she has managed to gain an abundance of supporters and listeners of her music in a short time. M. Night Shyamalan's daughter has opened for acts like Baby Rose, Boyz II Men, and Summer Walker.

Furthermore, the Bryn Mawr native often collaborates with her younger sister, Ishana, who has directed most of her music videos. She released The Sky Cries, the soundtrack for Servant, in 2021. Her dad, M. Night, directed the music video for the single.

Saleka also released three additional songs for the third season of the series. An EP including the four songs was assembled and released on March 25, 2022. Additionally, in the show's plot, her songs are said to be from the never-seen, in-show artist Vivian Dale, who is rumored to have tragically passed away.

Aside from that, Giveon Dezmann Evans confirmed Saleka as one of the four supporting acts in June 2022 for his North American Give or Take Tour. The tour began on August 16, 2022, in Philadelphia, Pennsylvania, and concluded on October 19, 2022, in Toronto, Ontario. Furthermore, Shyamalan's debut album, Seance, was released in 2022. At MilkBoy studios in Philadelphia, she recorded the majority of the songs of the album.

Overall, since the aspiring musician has been actively involved in this sector, she must have been earning quite well. Saleka also earns from Youtube ad revenue. As per SocialBlade, Saleka's YouTube channel's monthly estimated earnings fall between $8 to $136, and her yearly earnings range from $102 to $1.6K.

Although Saleka Shyamalan's net worth has not been revealed yet, her dad has a fortune of $80 million. So, we can expect that she leads a comfortable lifestyle.

Who Is The Singer Dating?

Saleka is beautiful, talented, and charming. She has this never-ending grace and allure which captivates many people's hearts. With all these attributes, it will be pretty unusual for her not to have any admirers and fanboys. Therefore, several people are interested to find out about Saleka Shyamalan's boyfriend.

Unfortunately, the singer has not been upfront regarding her love life and dating status for now. Hence, it is unknown who she is in love with or seeing. However, several sites suggest that M. Night Shyamalan's daughter is in a relationship with drummer Joseph Keim. He is often seen performing with Saleka on stage. 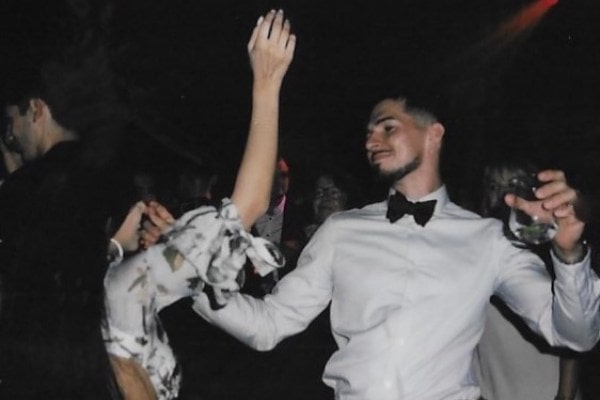 Going through the musician's social media handles, the chemistry between the two is clearly reflected, so fans naturally assume that they must be dating. Still, Saleka or Joseph has not confirmed their relationship status with each other, and who knows, they might prefer to stay band members and good friends.

Overall, M. Night Shyamalan's daughter is working extremely hard to make him proud and is set to break all the records in the music industry. She is passionate about music and dedicated to it; nothing seems to come her way as a hurdle. We wish Saleka all the best in her future music endeavors and hope she will follow her heart wherever she goes.