Ryan Nyquist is a BMX and MTB rider who has won eleven medals at the X Games. Photo Source: Ryan Nyquist's Instagram.

BMX has seen many legendary riders over the years. However, Ryan Nyquist probably ranks among the top members of that list as he is famous for scoring the most wins in the X Games. For instance, he has won sixteen medals, including four golds in the X Games.

Alongside BMX, the athlete has ventured into mountain bike racing. He has competed in numerous races throughout the years. Furthermore, the sportsman was also the head coach for the U.S.A. Olympics team. He mentored the American players for the BMX freestyle event.

So, let's get to know more about Ryan Nyquist's career beginnings and journey till now in this biography.

Ryan Nyquist Was Born Into A Supportive Family

The BMX pro was born on March 6, 1979, in Los Gatos, California. His father, Ian Nyquist, has always been supportive of his bike riding. On the contrary, Ryan Nyquist's late mother, Jo Ann Nyquist, was initially apprehensive about his stunts but, she gradually accepted his passion.

Ryan Nyquist's older brother, Ian Nyquist Jr., helped launch his budding career by building a two-foot ramp in their driveway in their childhood. His family has always tried to support him in every way they could since the beginning. 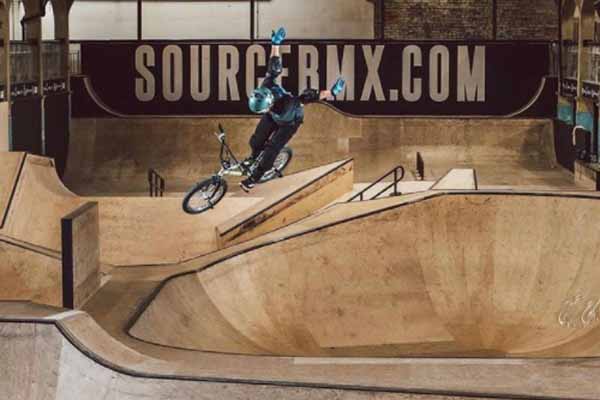 The cyclist began riding a bike at the tender age of three. He soon increased his love of casual riding to learning advanced bike tricks. Moreover, the teen was so dedicated, that his bike wheel often remained bent from riding too much.

Alongside riding, Nyquist was an avid soccer fan. He used to play it often in high school. Furthermore, after graduating from school, Ryan was enrolled in college to study Mechanical Engineering. However, he quit his studies mid-way to focus on riding.

Ryan Nyquist Net Worth And Career

The BMX pro is a master of backflip variations, double barspins, and truckdriver. He combines classic stunts with modern tricks, making his riding style more distinct. So, Ryan Nyquist's net worth mainly comprises his earnings from his BMX career. However, it also includes his income from coaching, endorsement, merch sales, etc.

The sportsperson also has a YouTube channel with 4.4K subscribers and more than 254K total video views. Moreover, according to Social Blade, Ryan's channel makes $0.27 - $4 monthly and $3 - $52 yearly.

However, the athlete hasn't revealed his salary to the public. Still, from his race participation and Olympics coaching job, Nyquist must earn a considerable figure.

Ryan's Earnings From BMX and MTB

Ryan Nyquist began participating in local competitions when he was a teen. However, he only turned pro after completing school in 1995. Moreover, the cyclist made his X Games debut in 1997. He brought home a silver medal right after his debut match.

The BMX pro specializes in freestyle, park, dirt, and vert categories. He earned his first silver medal at the Dirt event of 1998 X Games. Furthermore, the competitor obtained his second bronze medal at the 1999 X Games.

The professional cyclist finally won his first gold medal at the 2000 X Games' dirt section. He got his second gold medal in BMX Park in the X Games 2002. In addition, the champ continued his winning streak by winning two gold medals in next year's X Games.

After competing in BMX for three decades, Nyquist decided to participate in mountain bike races. He made his MTB debut in the Red Bull Joyride in 2017. Moreover, the mountain biker ranked first in the 2014 Redbull Dreamline's dirt event.

Ryan has also made more than sixty Dew Tour appearances. He is the participant who has made the most appearances on the tour.

Moreover, the BMX rider coached the U.S. Olympic team for the 2020 Tokyo Olympics. His pupil, Hannah Roberts, won a silver medal in the event. However, the men's team couldn't seize the win, and the victory went to Australian rider Logan Martin with Venezuelan cyclist Daniel Dhers following behind.

The average pay of a professional BMX rider is $27 an hour and $56,452 yearly. With such excellent racing credentials, Nyquist's salary must amount more than the given data since he has been involved in the BMX world for several years.

Hence, Ryan Nyquist's net worth must have risen over the years.

Income From Endorsement And Sponsorships

Since his beginning in the BMX world, Ryan has been sponsored by Haro Bikes, a company founded by Bob Haro in 1976. The company also customizes his bike and helmets. In addition, the mountain biker is a brand ambassador of Insta 360, Camp Woodward, Space Brace Inc, CTI Knee braces, etc.

Nyquist currently rides his signature Haro bike. It has La Bastille Frame costing $299.99 installed. In addition, the bike has a Lineage 990 Fork worth $134.95.

Some of the bike's specifications are listed below:

The athlete had initially bought a mansion in Santa Cruz in the early 2010s. He paid $865,000 for the four-bedroom home. Moreover, the house covers 2,469 sq. ft consisting of multiple large decks.

Ryan listed his home for sale for $997,000 in 2017. However, we aren't sure how much the buyer paid for it later. Moreover, Nyquist also owns a villa in Greenville, North Carolina.

Many people recognize the California native as an incredible racer and stuntman. However, aside from being a skilled rider, he is also a family man. Moreover, the woman who stole Ryan's heart is his long-time partner Ali Nyquist. She is the owner of a fitness center named Amplify Ride Lift Blow.

The pair first met in Greenville, North Carolina. During that time, Nyquist was training, and Ali was working at McAlister's Deli. Eventually, the couple began dating in 2005. Their relationship soon turned serious and the pair married in October 2007.

The duo is still going strong even after a decade and a half of their wedding. Both often post vacations and travel pictures on their Instagram accounts. Furthermore, Ryan Nyquist's wife, Ali Nyquist, is often the victim of his pranks. The former occasionally shares her hilarious reactions to his jokes on his social media account. 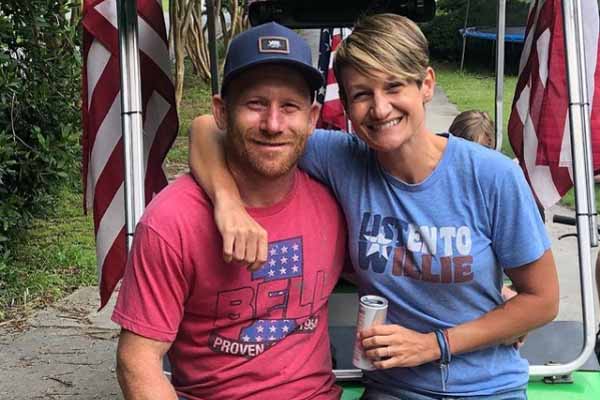 Moreover, the lovebirds have three children together. They welcomed their firstborn, Tristan Nyquist, in November 2008.

Ryan Nyquist's second son, Jameson Nyquist, has followed in his footsteps in action sports. He has already mastered flips and tail whips in bikes and skateboards.

Nyquist's youngest child, Fynn Nyquist, is a kindergartner as of September 2021.

Ryan Nyquist is still actively participating in BMX and MTB races and showing off his tricks. Although he is a veteran, he doesn't hesitate to learn new skills now and then. Hopefully, we will see him continuing this mindset in the upcoming years.