British American actress Robin Stapler is a known personality. Although the acting roles did gain her some fame, she is most notably known as the ex-wife of actor and comedian Alfonso Ribeiro. Alfonso is best-known for his role as Carlton Banks in the beloved series Fresh Prince of Bel-Air.

Despite her fame as the ex-wife of a famous comedian, the actress has made a name for herself in the business too. Her role as Jocelyn Marshall in Beyond Belief: Fact or Fiction is well known to the public. Robin is not just an actress; she is a mom, fitness educator, healer, and entrepreneur.

Let's look at a short biography of Robin Stapler.

Robin Stapler was born in December 1965 as Robin Michele Stewart. The actress has preferred to keep most of the information regarding her personal life private. As a result, the life of the actress before fame and her education has been shrouded in mystery. 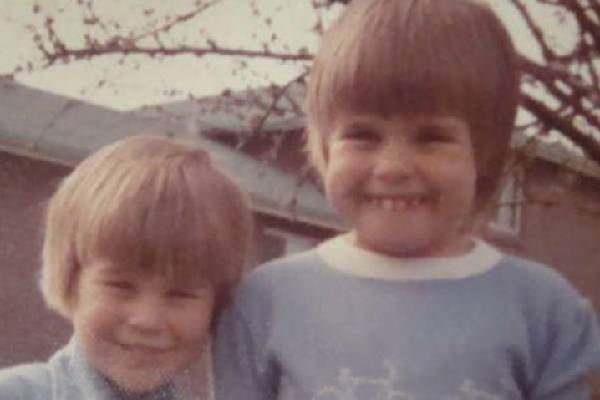 Robin Stapler was raised by a single mother alongside her brother. Photo Source: Robin's Instagram.

The mother of two does post a few pictures of her family on Instagram from time to time. This includes pictures of her younger brother and mother on her Instagram page. Robin Stapler's brother is named Dennis Stewart. Despite living miles away from one another, the siblings seem to love one another a lot and maintain a close bond.

The talented actress seemed to have been very close with her mother, who was a single mom. Even during the strict lockdowns, she would post sweet snaps stating how much she missed her mom. Sadly, Robin Stapler's mom had Alzheimer's disease and succumbed to the illness in late March 2021.

Robin Stapler Net Worth And Career

Alfonso Ribeiro's ex-wife, Robin, is not only a talented actress but also a fitness enthusiast and an entrepreneur. The mother of two has been active since 1990 and has been going strong ever since. Let us have a look at some of the highlights of Robin Stapler's career and her earnings.

Robin Stapler's daughter Sienna was a gymnast. Unfortunately, she would constantly injure her hands while practicing, and the poor-quality products would not help heal her in any way. As a worried mother, the fitness enthusiast began looking for better products but could not find any. And thus, she decided to open up a business that sells the best product to deal with blisters and rips.

The "miracle cream" is a family recipe of Robin's. The actress learned it from her grandmother and had used it throughout her childhood to help soothe blisters and rips.

The ingredients used in all the products sold by RipFix are natural without any harsh chemicals. In addition to the "miracle cream," the store also sells lip balms and chalk. The products she sells are listed below.

The actress has been a huge fitness enthusiast for many years now. Robin Stewart even shared her disappointment when she could not hit the gym due to the pandemic. She has also been educating people regarding fitness and its importance through her social media. 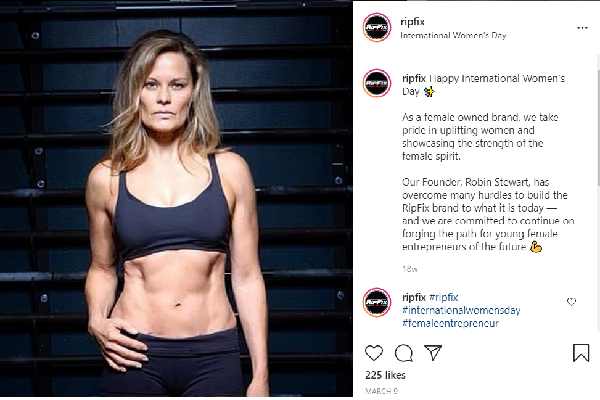 Moreover, Robin Michele is a practicing chiropractor. She calls herself a "healer." The entrepreneur gives chiropractic sessions to people to help people deal with tension and stress.

Ever since a young age, Robin Stapler has been passionate about acting. She debuted in 1991 in the short The Disco Years. The chiropractor has continued to hustle to make her name in the industry ever since.

Robin Stewart has starred in many well-known TV series. Although she may not have had leading roles in many notable shows, she has played many loved and recurring roles. Some of them include her roles in TV series like The Steve Harvey Show, In The House, and Star Trek: Voyager.

The In The House star rose to prominent fame after acting as Kelly and Robin in the series. Robin Stapler was a guest star in the show, which had leads like her ex-husband Alfonso Ribeiro, Kim Wayans, LL Cool J, and Maia Campbell.

However, the healer left acting in 2000, but the actual reason for her early retirement from acting is unknown. Moreover, she gave birth in 2003, and the role of a mother may have delayed her response. Fortunately for her fans, the actress is slowly making a comeback into the acting scene with her role as Alannah in the series Here to There.

The multiple TV roles and businesses must undoubtedly give a significant boost to Robin Stapler's net worth. The acting roles must have certainly helped her earn a good fortune. The entrepreneur lives a comfortable life implying that she earns a good living.

Moreover, Robin Stapler's ex-husband, Alfonso Ribeiro, has a net worth of a whopping $7 million. Considering the fact that he co-parented their daughter, he must have paid a significant amount of spousal and child support to Robin long after their divorce.

Robin Stapler is known for being the wife of actor and comedian Alfonso Ribeiro, born Alfonso Lincoln Ribeiro Sr. The actors met while filming the series In The House in 1999. The blonde-haired beauty was a guest star in the show, whereas the Fresh Prince of Bel-Air actor was one of the leading characters. It is said to have been love at first sight for the couple.

The now ex-couple got married in January 2002. The "inseparable" couple had their daughter Sienna Ribeiro in 2002. Unfortunately, the pair got divorced in August 2006 after just 4 years of marriage. Despite their separation, the exes shared the custody of their daughter and did their best to raise her properly.

Robin Stapler's ex-husband has long since moved on from their failed relationship. Alfonso married writer Angela Unkrich in 2012 and has 3 beautiful children together. The couple got married after just 3 months of engagement.

Robin Stapler's daughter Sienna who goes by Sienna Michele, is a former gymnast. She graduated high school in 2021 and was accepted into Loyola Marymount University. Her entire family congratulated the young woman on their social media pages. Especially her mom and dad were super proud of her accomplishment.

Although her parents' marriage might have ended, Sienna did not let that affect her relationship with them. On the contrary, the young girl has been extremely supportive of her dad's new family and loves her half-siblings immensely.

The Ribeiro family has given her all the love she deserves, and even Angela has a close bond with her. Sienna loves her siblings Alfonso Lincoln Ribeiro Jr, Anders Reyn Ribeiro and Ava Sue Ribeiro.

On the other hand, Robin Stapler seems to have remained single over the years following her divorce. There has not been a single man who has been reported to be dating the fitness enthusiast. In a relationship or not, the blonde beauty has certainly moved on from her ex-husband and is living a delighted life.

Long before she gave birth to Sienna, Robin Michele Stewart had another daughter. She was a young mom who gave birth to her eldest daughter SJ Marie in 1988. SJ is a certified doctor who has made her mama super proud with her degree. She got married in March 2019. Unfortunately, her father is not known.

After a long break from acting, Robin Stapler is slowly making her return to the industry. Moreover, her fitness and healing businesses have started to gain popularity over the years. However, she certainly has a long way to go in her life. Wherever life will take her, we wish her the best.