Kamala Devi Harris, also known as Kamala Harris, was born on October 20, 1964, in Oakland, California, USA. She is the 49th Vice president of America and second to President Joe Biden in the democratic administration. Kamala Harris is the first African-American to hold the rank. She has also served as the Attorney general of California from 2011 to 2017.

The story of a girl born to immigrants had made headlines around the country when she first won her Senate seat. Her popularity has spread even wider after the U.S. elections 2020. So, let us learn more about Kamala Harris's biography and professional life.

She was born to parents Donald Harris and Shyamala Gopalan Harris. Both of Kamala's parents were immigrants who studied at the University of California, Berkeley. Furthermore, Kamala Harris attended Westmount High School in Canada before graduating from Howard University in 1986. She went on to attend UC Hastings College of Law and received her law degree In 1989.

The Vice President's biggest inspiration comes from her mother, who left her home in India to pursue her Doctorate in Nutrition and Endocrinology. Shyamala was a cancer biologist. Her mother raised Kamala and her sister Maya Harris alone after separating from their father. Kamala Harris has mentioned her late mother for being her inspiration to be the person she is today on various occasions. She gave her daughter the name Kamala, which means lotus in Sanskrit.

Donald Harris, the father of the Democratic Vice President, is a Jamaican-born economics professor. He met Kamala Harris' mother  Shyamala when both of them were studying at UC Berkeley in California. However, the father lost contact with his daughters after the custody battle.

Maya Harris is the second daughter of Shyamala and the younger sister of Kamala Harris. She went to Stanford Law School and earned her Juris Doctor degree. Maya works as a lawyer, advocate, and T.V. commentator. She married her husband Tony West in 1998 and has a daughter Meena Harris from her previous relationship.

Meena Harris is born to Maya Harris and is the niece of Kamala Harris. Like her mother, Meena is also a lawyer and the Phenomenal Woman Action Campaign founder.

The ex-attorney general is married to Douglas Emhoff, a lawyer who is also currently the second gentleman of the United States. The duo met with the help of a mutual friend who had set them on a blind date. 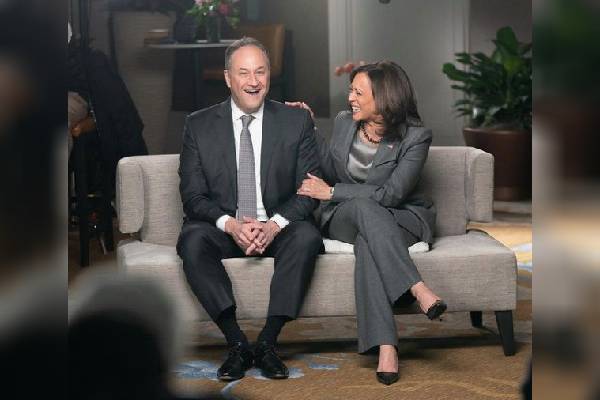 The couples are happily married since 2014 despite Dough's previous relationship with Kerstin Emhoff, which lasted for 16 years. Kamala Harris is stepmother to Dough's children Cole Emhoff and Ella Emhoff, who call her Momala.

Cole is the stepson of Kamala Devi Harris. He was born on September 15, 1994, to parents Douglas Emhoff and Kerstin Emhoff. His sister Ella was born on May 29, 1999. Ella is doing her major in apparel and textiles at Parsons School of Design. She also designed the Vice President's dress on her Inauguration Day with designer Batsheva Hay.

After finishing college, Kamala Harris was appointed as a deputy district attorney in Alameda County, California. Harris quickly gained experience as an able prosecutor handling various cases by herself.

Kamala was later appointed by Willie Brown, Speaker of California Assembly to the State Unemployment Insurance Appeals Board, whom Harris dated at the time. Their relationship and Kamala's job placement made controversial news for William Brown, accusing him of appointing former law associate and a former Alameda County prosecutor in high paying jobs. However, Harris has defended herself by stating her eligibility for the post.

In 2002, she was a contender for District Attorney of San Francisco alongside Terence Hallinan and Bill Fazio. During her campaign, Kamala Harris pledged never to seek the death penalty for a crime and to charge habitual offender laws only in cases of violent crimes. She was helped by former mayor Willie Brown and many others in her campaign. She won with 56 percent of the total vote, becoming the first African-American to get elected as district attorney of San Francisco. Since her time in the office, Harris has created progressive crime units. Her office has prosecuted marijuana crimes at a higher rate than under Hallinan, but the number of people going to prison for such crimes was much lower.

In 2004, the attorney general created the San Francisco Re-entry Divisions. An initiative for first-time nonviolent offenders aged 18-30 would plead guilty in exchange for decreased jail time and be given a judge appearance over a 12-18 months period. The program also required a mandatory completion of 220 hours of community service, obtaining a GED, maintaining employment, and also passing drug tests. The court would then dismiss the case and hand over the graduate's record.

In 2010, Kamala Harris became the first woman, plus the South Asian American, and the first African American to become the Attorney General in California's history. She was re-elected in November 2014 with 57.5 percent of the vote against Republican Ronald Gold. During her term, Harris issued various laws regarding public safety, privacy rights, LGBT rights, and sex crimes. Her office also managed major investigations and prosecutions against targeted criminals for their involvement in violent felonies, fraud, drug trafficking, and smuggling.

After Senator Barbara Boxer announced she would not be running for re-election in 2016, Kamala Harris announced her Senate seat's candidacy. She went on to win 78% of the California Democratic Party vote during the party convention. Kamala was a strong contender from the beginning of her campaign.

On July 19, with the support of former president Barack Obama and vice president Joe Biden, Kamala won the election. Following her victory, she swore to protect immigrants against the policies of President Donald Trump. She also spoke out against Trump's Executive Order 13765 in 2017, which barred several citizens from selected Muslim countries from entering the U.S. for three months. 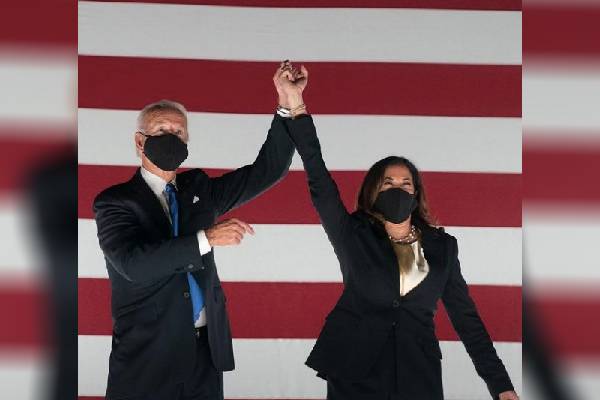 In January 2018, the ex-attorney general was appointed as the Senate Judiciary Committee after calling for Senator Al Franken's resignation. In June, Kamala became the first senator to demand Homeland Security Secretary Kristen Nielsen's resignation after visiting a detention facility near San Diego's border. She questioned Nielsen about the Trump administration family separation policy, under which children were separated from their families while being taken into custody for illegally entering the U.S.

Kamala Harris announced her run for president on Martin Luther King Jr Day. Her platform includes Medicare for all, criminal justice reform, and the need to respond to the opioid crisis as a public health emergency. Kamala Harris resigned as a senator of California on January 18, 2021, following her victory as Vice President of the United States. She was sworn in as the United States' first female vice president, and also the first African-American, and the Asian-American Vice President.

While entering new heights in her career and working on top-level administrations, Kamala Harris has become one of the most recognized figures after her achievement.

According to Forbes, Kamala Harris shares an estimated net worth of $6 million with her husband, Douglas Emhoff. The former prosecutor owns a condo in Alameda County, which is estimated to be worth $900k. The couple's assets also include their homes in Los Angeles, San Francisco, and Washington D.C.

The Vice President is also the writer of two non-fiction books and one children's book. Her publications include Smart on Crime: A Career Prosecutor's Plan to Make Us Safer (2009), Superheroes Are Everywhere (2019), and The Truths We Hold: An American Journey.