If you are an F1 follower, you might have certainly heard F1 racer Lewis Hamilton's saying, "Bono My Tires Are Gone." It has become a common phrase in the F1 community, and many people make memes out of this line. And the person responding to Hamilton's request is his race engineer Peter Bonnington, who is also lovingly called Bono.

Since being paired with the F1 racer, Bonnington has guided him to win many races and titles. His calming persona and well-calculated instructions have led Lewis to score many victories. For instance, Peter directed the driver in winning the 2020 Portuguese Grand Prix.

So, let's learn more about Bono's background, career, and personal matters in this biography.

Peter Bonnington Is From England

The race engineer prefers to stay in the shadows and doesn't reveal much about himself. For example, he hasn't opened up about his birthdate or where he grew up. But as per several sources, he was born in England. 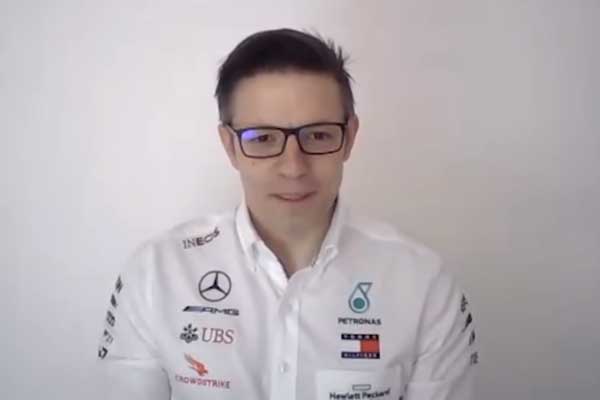 Peter Bonnington's mother hasn't made any public appearance. Nonetheless, she must have supported his career from the beginning. Likewise, the engineer hasn't revealed whether he is a single child or has any siblings.

The media personality has also kept his educational background a secret. But considering his profession, he must have obtained an engineering degree.

Peter Bonnington Net Worth And Career

The race engineer began his formula one career in the early 2000s. He first worked as a data engineer with Jordan Grand Prix and continued moving forward in F1. So, Peter Bonnington's net worth mainly comprises his earnings from his F1 engineering career.

Bonnington's early portfolio shows him working for the F1 legends Giorgio Pantano and Timo Glock. He then switched to the Honda team as the understudy to veteran race engineer Andrew Shovlin. As a result, he became a British racing driver, Jenson Button's performance engineer.

Peter had also previously worked for the seven-time world champion, Michael Schumacher. He assisted the driver from late 2011 until his retirement at the end of 2012. Lewis Hamilton replaced Schumacher in Mercedes in 2013, and Bonnington began working for him.

Since the beginning of their camaraderie, The F1 engineer has led Hamilton to remain calm and collected in high-pressure situations. He is also responsible for monitoring other racers' performance and providing helpful tips for Lewis. 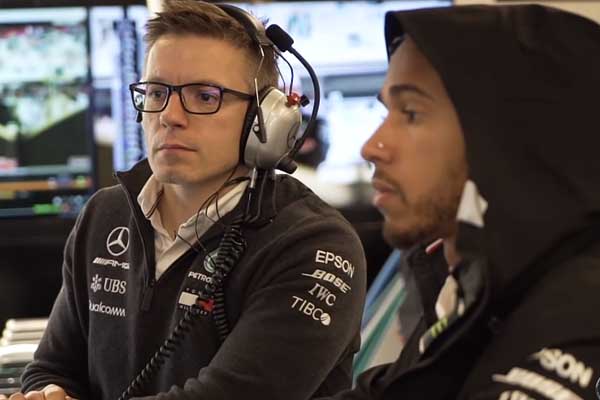 Although the Mercedes engineer strategies for the best results, it mightn't always be successful. For instance, his decision to let the F1 racer change tires caused him to finish fifth at the 2021 Turkish Grand Prix. Still, his contribution to Lewis' career has been enormous.

As we all know, F1 racers earn massive amounts from their careers. Hamilton's salary has also increased to be $50 million a year. Furthermore, Lewis Hamilton's net worth is a gigantic $285 million. As his senior engineer, Peter's income must also be high.

Glassdoor states the average salary of a race engineer to be $92,397 per year. As an employee of the multibillion manufacturer Mercedes F1 team, Bonnington's salary must be more than the given range.

Hence, Peter Bonnington's net worth must be a notable amount from his engineering career. He and Hamilton are considered ideal examples of the racer-engineer relationship in F1.

Lewis Hamilton's race engineer, Bono, has been in the limelight since the start of their work relationship. He has led the F1 driver to win titles consecutively, increasing his popularity. In addition, his fan following is growing more each year.

The F1 personality's followers are also curious about his personal affairs. So, we often see searches related to Peter Bonnington's wife or partner on the Internet.

However, the handsome Englishman seems to be a man of secrecy and hasn't opened about his love life. He hasn't shared any details about his lady love in public. 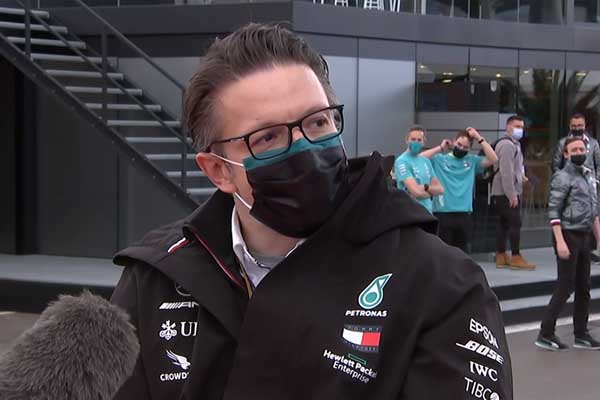 Bonnington isn't active on any social media platforms, reducing the chances of hints on his relationships. So, Peter Bonnington's wife or girlfriend has remained a mystery for all fans. Still, anyone dating him would undoubtedly be a lucky person.

Hopefully, the race engineer will share about his partners and family in the upcoming days.