Luciana Andrade is a lawyer and model who rose to prominence as a ring girl and on-air personality for the Ultimate Fighting Championship. Photo Source: Luciana's Instagram.

Although ring girls have always been there since the UFC's inception, time and again, they have faced harsh criticism from fans and professionals alike. So when Ronda Rousey, one of the wealthiest UFC fighters, claimed that octagon girls make more money than fighters, it led to an online feud questioning the importance of ring girls in the UFC.

However, UFC ring girls have continued to be a significant attraction for die-hard fans. And Luciana Andrade, along with many others, has frequently defended her role as an octagon girl. Luciana, who initially debuted as a UFC model in 2014, has become one of the renowned faces of the company.

So, today we will uncover Luciana Andrade's biography and take a glimpse into her personal life.

Luciana Andrade Is A Law Student

Born on 8th April 1986, the Brazilian model spent most of her youth in Curitiba, Paraná, running around the house with her two sisters. Daiana Andrade and Andressa Mourão, are Luciana's siblings, with whom she shares her sweet childhood memories.

However, growing up, the 5-foot-6-inch UFC personality never thought she would end up becoming the prominent octagon girl that she is now. Instead, she was academically brilliant and always dreamt of working as a lawyer.

So, Luciana Andrade's parents, José Marcio Andrade and Dirlene Freitas, cheerfully supported her when she eventually decided to pursue a bachelor's degree in law during her collegiate years.

Unfortunately, her dad, José, passed away in September 2020. At the time, Luciana shared a sorrowful message to bid her father farewell. 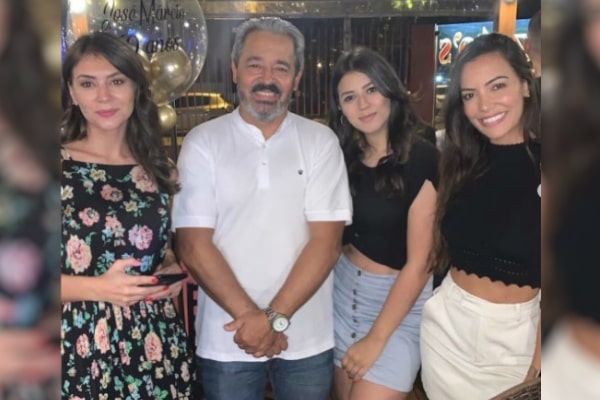 After completing a bachelor's degree, working in the legal field was an obvious choice for the Curitiba native. So, as a law graduate, Andrade embarked on her journey to realize her dream of becoming a legal officer. She further enrolled at the University of South California, where she completed her master's in law.

Luciana Andrade Net Worth And Career

Before finding fame as a UFC ring girl, the Paraná-born model worked in the legal field for several years. As per Luciana's LinkedIn profile, she worked for seven different companies as a law specialist over the course of 10 years. Thus, Andrade must have collected a hefty sum of cash as a salary for her services.

According to PayScale, an average Brazilian lawyer pockets around $9K (R$50K) every year. Considering Andrade's experience in the field, her paycheck must be around the same range, if not more. Thus, the 5-foot-6-inch brunette has likely amassed a considerable amount of money from her endeavors as a lawyer.

Despite her service in the legal area for almost a decade, Luciana Andrade's net worth did not see much growth until she got an invite from UFC Brazil to start working as an octagon girl. She promptly grabbed the opportunity and made her debut at UFC Fight Night 56, where Maurício Rua and Ovince Saint Preux were pitted against each other in the main event.

Since then, Andrade has been part of several major UFC events. In addition, the brunette is loved and praised by many UFC fans. Reportedly, UFC ring girls are paid $1K per fight and an additional $5K for each event they appear in. Furthermore, they make extra income if selected to appear in pay-per-view events. 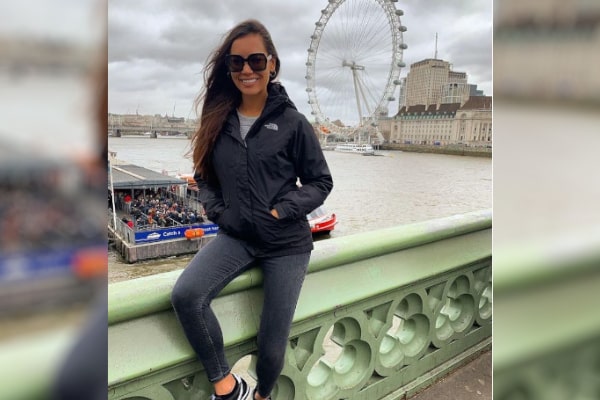 Even though Luciana has not disclosed information about her wealth, the model sure has made a fortune to her name as an eminent UFC personality. Moreover, riding on her success as an octagon girl, the Curitiba native began her modeling career. Thus, the income generated from the modeling contract has likely contributed to Luciana Andrade's net worth.

In August 2021, former MMA athlete Khabib Nurmagomedov received a massive backlash after making a controversial comment about octagon girls. He reportedly labeled ring girls as "the most useless people in martial arts" at a conference press conference.

Luciana compared the octagon girls to UFC brand ambassadors on her Instagram account. She further stated that ring girls are always there to represent the UFC brand when and where needed. At the end of the post, Andrade even left a cheeky note where she denied the claims that ring girls make as much money as fighters.

Luciana Andrade Is Relatively Secretive About Her Love Life

With her elegant strut inside the octagon, the Brazilian beauty has captured the hearts of many. Consequently, UFC watchers are eager to find out about Luciana Andrade's boyfriend and get a glimpse into her personal life.

However, the Paraná-born model likes to lead a shy life and rarely flaunts her intimate connections. She first hinted at the romantic aspect of her life when she posted a picture on Twitter of herself wearing an engagement ring. But to the follower's disappointment, it turned out that Andrade had found a lost ring.

In August 2021, Luciana gave her fans yet another shocker when she posted an image of herself with an anonymous handsome hunk. She further mentioned the man as her "amor," a Greek word for love. Afterward, it did not take long for eagle-eyed online inspectors to uncover the details of Luciana Andrade's boyfriend. 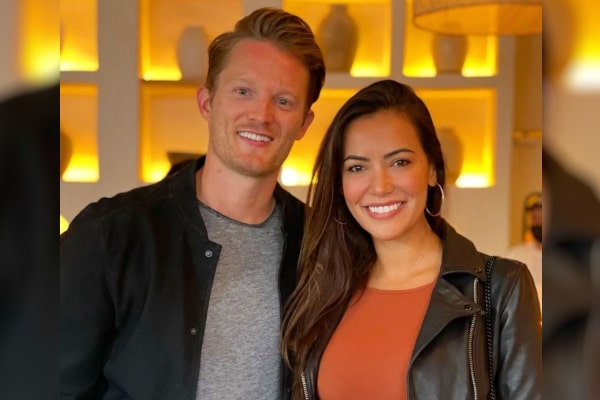 Brazilian model Luciana Andrade surprised her fans when she posted a pic of herself acting lovey-dovey with an anonymous man. Photo Source: Luciana's Instagram.

It turns out that Andrade had been secretly dating her sweetheart, Jeff Martin, for more than a year. The couple has yet to reveal how they met or how the romance brewed between them. Luciana's lover, Jeff, works as a property developer and, interestingly enough, owns lavish housing in Venice Beach.

Well, Andrade has remained tight-lipped since then and has not provided any hints about her love endeavors. Who knows, the silent couple might even be planning to get married privately.

Nevertheless, we are certain Luciana will harbor as much success in her love life as in her professional life.