Actors are often very close to our hearts even though they are representing somebody else's character. Similarly, one American actor who has lived in numerous people's hearts is Jacob Lofland. The performer is no stranger to our TV screens.

Born Jacob Seth Lofland, he is widely recognized for his role as Neckbone in the film Mud and his performance as Aris in Maze Runner: The Scorch Trials. Although he is young, he has landed on some memorable roles. Here's an article dedicated to Jacob that discusses his personal life, professional career, and how he managed to be so successful.

Used To Ride Dirt Bikes At A Young Age

The prolific actor was born on July 30, 1996, in Briggsville, Arkansas, United States. He was welcomed into this world by his father, Billy Lofland, and his mother, Debra Lofland. The actor grew up in a supportive and motivating household.

Jacob used to ride dirt bikes since the age of six. He used to attend several dirt track races with his family by 11 and became interested in racing go-karts. The actor soon graduated to the 600 MiniSprint. Growing up, he was not only involved in riding dirt bikes but also observing the bustle of his dad's sawmill and commandeering boats.

Besides, since the actor was homeschooled by his mom. In fact, Jacob Lofland came across an open casting call for Mud when she was searching for something with which she could provide him with school credit. Did you know acting was not something that he gave thought to as a kid? So, let's learn about his journey and earnings.

Jacob Lofland Net Worth And Career

The Briggsville native made his acting debut as Neckbone in Jeff Nichols' 2012 movie Mud, which also starred Matthew McConaughey and Tye Sheridan. Jacob was quick to realize that he not only brought the boating and cycling experience Jeff was searching for but also matched every personality trait listed by Neck.

The actor boarded his first flight to Austin, Texas, less than three weeks after reading about the open casting call in the newspaper and went to meet director Jeff Nichols and producer Sarah Green. Within 24 hours, he received the offer for the role, and a month later, he was on-site with a complete film crew.

The performer then joined the 2014 movie Little Accidents. His other acting projects include Maze Runner: The Scorch Trials, Free State of Jones, Go North, Maze Runner: The Death Cure, 12 Mighty Orphans, and A House on the Bayou. Besides these movies, Jacob has also been featured in TV series, including The Son, Texas Rising, and Justified. On the other hand, his two acting ventures, Joker: Folie à Deux and The Creek Don't Rise, is in the production phase.

The actor has been earning worldwide praise and recognition for his amazing acting skills and is also earning well from his projects. Although Jacob Lofland's net worth has yet to be revealed, we can expect it to be a considerable sum considering his sponsorships and on-screen appearances.

Besides, the average base salary of an American actor is $59,982. So, Jacob Lofland's earnings must also be around that range.

You may like anyone, but it takes all of your emotions, time, commitment, and patience to love someone truly. That's why liking someone is easy and loving is challenging, as it is a big responsibility. Likewise, with evergrowing love, dedication, and efforts, the Mud actor has also developed a beautiful relationship with his partner, Wintney Katelynn Powell.

The lovebirds have been together for several years and are doing great in their personal lives. Although their dating timeline is unclear, Jacob began posting with Wintney on social media in 2016. Besides, Jacob Lofland's partner posted photos of rings on her finger in June 2020. So, could it be the couple got engaged, or are they already married? 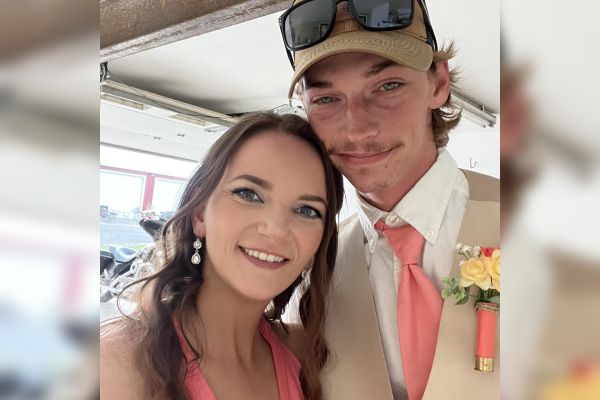 Nonetheless, the pair share an enduring and thriving relationship and are always there for each other. Supportive of each other's career, their love is based on the foundation of honesty, trust, and loyalty. We hope their love will shine bright even in the darkest phases of life.

Just like him, another actor who shares a happy marital life is Andrew Burlinson. He is a renowned American TV actor, musician, producer, and writer.

Loving Father Of One

A father's love is always giving and selfless. He makes no compromises while raising his children and is always there to protect them. Just like any other father, Jacob is also an excellent, devoted, and kind father to Anny Kay Lofland. Jacob Lofland's daughter was born in January 2021. Alongside his lover, Wintney, the pair welcomed their child with complete joy and excitement. 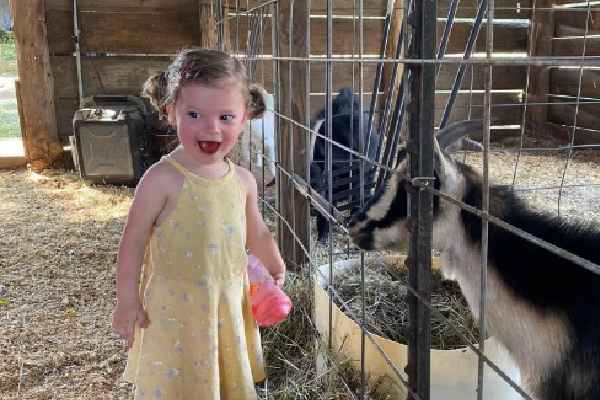 Furthermore, since the actor's daughter is still very young, it will be a little early to talk about her professional career. Nonetheless, we hope she will grow into a healthy individual, and it will be interesting to watch if baby Anny will follow in her dad's footsteps.

Overall, Jacob is a great father, a loving partner, and a fantastic son, apart from being a great actor. He is all set to work on projects that can positively impact society, and our good wishes follow his way.