Alan Cox, known for being the son of Brian Cox, is an English actor, director and producer. Image Source: Alan Cox's Instagram.

Alan Douglas Cox, simply known as Alan Cox, is an English actor, director, and producer. A former child actor, he is best recognized for his role as a teenage Dr. Watson in Barry Levinson's directed movie Young Sherlock Holmes.

Did you know that the film star is the son of Brian Cox? The latter is a renowned award-winning Hollywood personality who received a 2022 Primetime Emmy Award nomination for Succession. Well, there might be people who don't know this, and they must be eager to know about the young Cox. Also, did you know Alan has directed stage plays? There are several more interesting facts left to unravel about him, which we shall in the given piece.

Cox Jr. was born in Westminster, London, England, on August 6, 1970, to Brian and his ex-wife, Caroline Burt. The latter is also a former actress who was active until 1990. The ex-couple married in 1968 and split up in 1986 after being together for about 18 years. Following that, Alan Cox's father remarried another actress Nicole Ansari-Cox, in 2002.

Alan also has a sister, Margaret Cox, and two half-brothers, Orson Jonathan Cox and Torin Kamran Charles Cox. Alan Cox's sister, Margaret, is a film director, producer, writer, and actress. She works at Handsome Dog Productions along with Alan as a writer and director. As for their half-siblings, not much has been revealed to the public yet. Moreover, the Cox bunch appear to be private people who do not have public social media accounts.

As for his education, the Westminster native went to St Paul's School in London and later attended the London Academy of Music and Dramatic Art.

Alan Cox Net Worth And Career

The multi-talented actor has been active in the entertainment industry since a very young age. He must have bagged a hefty amount of money throughout the years of his career. Likewise, Alan Cox's net worth must be a significant sum.

As mentioned above, Alan started his journey as a child performer for several years before training at the London Academy of Music and Dramatic Art. After graduating in 1991, he worked at the Royal Shakespeare Company, the Chichester Festival Theatre, and National Theatre, performing for a number of seasons. His work credits include The Seagull, Absolute Hell, Wild Oats, An Enemy of the People, The Importance of Being Earnest, and Strange Interlude.

Brian Cox's son also worked at the Lyric Theatre Belfast and is a regular collaborator with Howard Barker, Ken Campbell, and Heathcote Williams. In addition, he also has numerous movie and TV credits. Alan portrayed the character of young John Mortimer in the 1982 television adaptation of the autobiographical play A Voyage Round My Father. Then, in 1985, he played the teenage version of Dr. Watson in the movie Young Sherlock Holmes, for which he is most widely known.

Cox's other films and TV works include August, The Speed of Thought, Ladies in Lavender, Justice, The Auteur Theory, Mrs. Dalloway, An Awfully Big Adventure, John Adams, and Not Only But Always. As per IMDb, he has a total of 49 acting credits as of 2021. Now let's look at the box-office collection of some of the movies that he has been a part of in the table below.

As we can see from the table, the films that Alan appeared in successfully amassed thousands to millions of dollars. The actor must have received his fair pay for his participation in the movies. Aside from that, he is also a producer and a director. Aforementioned, he works at Handsome Dog Productions as a producer with his sister, Margaret. As a filmmaker, he has been credited for directing projects like Flanders Mare, Dirty Fan Male, Victory, The Riot Act, and Black Snow.

A director's average earnings is $113,113.56 (£93,451) and an actor's is $32,257.29 (£26,650) in UK. So, the Westminster native must make a pretty penny from his acting and filmmaking career. Hence, Alan Cox's net worth must be a considerable amount. And since his career in the entertainment sector is still ongoing, his wealth will likely grow. On the other hand, his father, Brian Cox, has a fortune worth $15 million.

Seth MacFarlane is another actor with an impressive net worth.

Well, it is difficult to say whether Brian Cox's son is married or not as he has not disclosed information regarding his relationship status. Even more, he has not revealed much about his past romantic affairs. While his dad's marital and divorce affairs are mostly known by many, Alan appears to prefer keeping his love life a secret, making it hard to see if he is dating anyone or not at the moment. There is also no mention of his lover on his social media handles. Instead, he seems to enjoy posting pictures relating to his work and photos with his close ones. 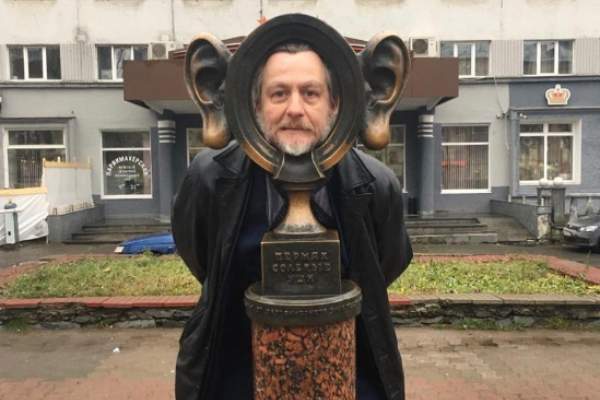 Alan Cox has not revealed anything regarding his love life. Image Source: Alan Cox's Instagram.

Alan is already at the age where he might have been married. So, there is a possibility that he is keeping his partner out of the limelight. Or could it be that he does not want to be involved with anyone and only focus on his profession? Well, we wouldn't know unless he decides to go public about his love affairs. Nonetheless, whoever is going to be Alan Cox's wife, in the end, will be one lucky lady.

Overall, the Young Sherlock Holmes star appears to be leading a happy and successful life. Though he has remained mum about his partner, he seems to be excelling career-wise. We wish him all the very best in his future endeavors.