Seth Woodbury MacFarlane, notably known as Seth MacFarlane, is a beloved American actor, singer, director, and producer. He is the creator of many TV comedy series such as Family Guy, American Dad!, The Cleveland Show, Ted, Ted 2, and A Million Ways to Die in the West. He is also one of the world's highest-paid TV writers.

Seth is known for his singing abilities as well and has been nominated for five Grammy Awards. He was also the host of the 85th Academy Awards in 2013. MacFarlane was enlisted into the Television Hall of Fame in 2020.

So, let us know more about Seth MacFarlane's biography and career.

The Family Guy creator was born on October 26, 1973, in Kent, Connecticut, U.S. He was born to parents Ronald Milton MacFarlane and Ann Perry. Seth MacFarlane's parents lived in Newburyport, Massachusetts, before moving to Kent in 1972. They met in 1970 while both of them were working in Boston, Massachusetts. Seth's mother, Ann, worked in an admissions office before working in the college guidance and admissions at Kent School, where Ronald was a teacher. He was raised alongside his younger sister Rachael Ann Laudiero who is also a voice actress. 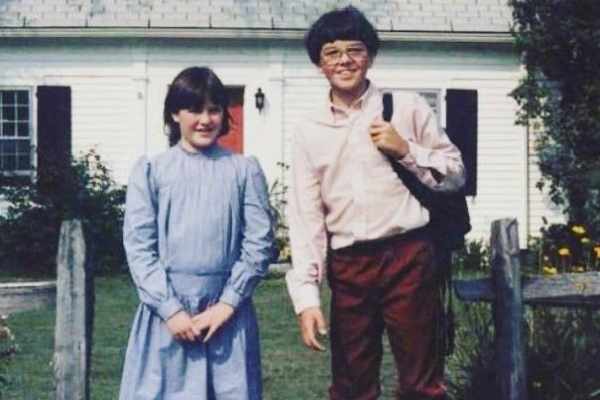 As a young kid, Seth showed great interest in Illustrations. He started to draw at the age of two and was already determined to chase a profession in animation. He developed his skill as a comic writer and began publishing his work called the Walter Crouton for the local newspaper. He was paid five dollars per week for his comic strips by The Kent Good times Dispatch. The talented boy went on to study at the Kent School, where he received his high school degree in 1991.

Seth studied film, video, and animation at the Rhode Island School of Design and earned his bachelor's degree in fine arts. He had set an aim to work for The Walt Disney Company but changed his mind after graduating. During his college years, Seth submitted his thesis film titled The Life of Larry to his professor, who presented the movie to Hanna-Barbera animation studio. The studio later hired him to work due to his writing ability.

After his recruitment by Hanna-Barbera studio, Seth worked as an animator and writer for Cartoon Network. He also managed to make a sequel to The Life of Larry called Larry and Steve. During his time at the studio, the animator worked on four television series, Dexter's Laboratory, Johnny Bravo, I Am Weasel, and Cow and Chicken as a writer and storyboard artist.

He also met actors and voice actors such as Jack Sheldon and Adam West as a part of the Johnny Bravo crew, who later became essential individuals for his series, Family Guy's success. The show first aired in 1999. Seth voiced the show's male characters like Peter Griffin, Brian Griffin, Stewie Griffin, Glenn Quagmire, and many others. His second successful show was called American Dad!, an adult animated series.

In 2008, the director worked on short series sponsored by Burger King, which was released weekly. Seth then developed a sci-fi comedy series called The Orville, which is set 400 years in the future. MacFarlane is also the executive producer of a sitcom named The Winner, starring Rob Corddry. In 2011, he co-produced an updated series of Cosmos: A Spacetime Odyssey with Steven Soter and Ann Druyan. His other television projects include sitcoms like Dads, Blunt Talk, and Bordertown.

MacFarlane is also engaged with the big screen, and he made his directorial debut with the release of the live-action film called Ted. He also worked alongside Oscar winner Charlize Theron on a comedy film, A Million Ways To Die In The West. The multi-talented animator is also known for his singing skills. Seth released an album called Music Is Better Than Words after signing a deal with Universal Republic Records in 2011. The album was nominated in the Best Traditional Pop Vocal Album at the 54th Grammy Awards.

In 2013, he released his third album, No One Ever Tells You, which was also nominated at the Grammys. His other albums are called In Full Swing and Once in a While. The diverse roles that he has played in the entertainment industry have made Seth MacFarlane a wealthy man.

According to Celebrity Net Worth, Seth MacFarlane's net worth is a grand $300 million. His TV shows and films have helped the voice-actor accumulate a lot of wealth. His $100 million deal with Fox to air The Family Guy and American Dad made him the highest-paid television writer in the world. The actor made $50k per episode of Family Guy, including an annual salary of $2 million from the Fox network. Furthermore, his movie Ted grossed over $500 million worldwide, while its sequel Ted 2 and A Million Ways To Die In The West made him just under $200 million. 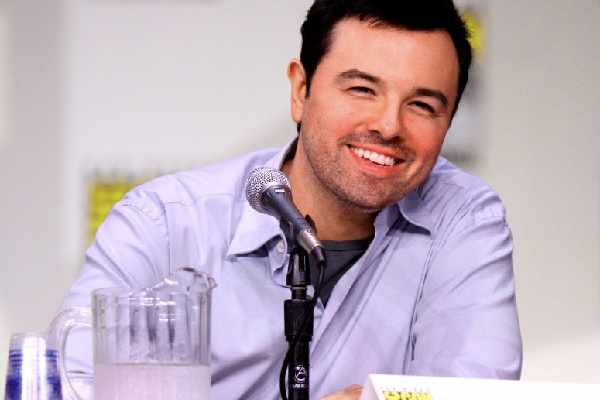 As mentioned before, The Family guy is a billion-dollar franchise. The brand manufactures various merchandise, including toys, clothing items, video games, board games, and action figures. With such creative talent in Hollywood and a pioneer for edgy TV cartoons, Seth MacFarlane is also one of the highest-paid TV writers. The actors also had some very successful movies at the box-office. Here are some of his movie's earnings in North America, according to Rotten Tomatoes.

Because of his earnings from his multiple ventures, the Family Guy creator has managed to enjoy a lavish lifestyle. Seth MacFarlane owns a mansion in Beverly Hills, which he purchased for $13.5 million in 2008. The estate has a big living room, dining room, and a study area. It also features a tennis court, outdoor sitting space, and a swimming pool. He also recently purchased a mansion on a 7000 sq ft area in Malibu for $15 million.

Recently, some sources have published that the writer had signed a multi-year deal worth $200 million with NBCUniversal for new TV shows. So Seth MacFarlane's net worth is likely to increase in the upcoming days.

Does Seth MacFarlane Have A Wife?

Seth MacFarlane's girlfriend at the moment is Halston Sage, known for her role on How to Rock, The Orville, and Crisis. The pair met during the set of The Orville in 2017 and were attracted to each other. Their relationship is rumored to have started after spending a lot of time together on the set. 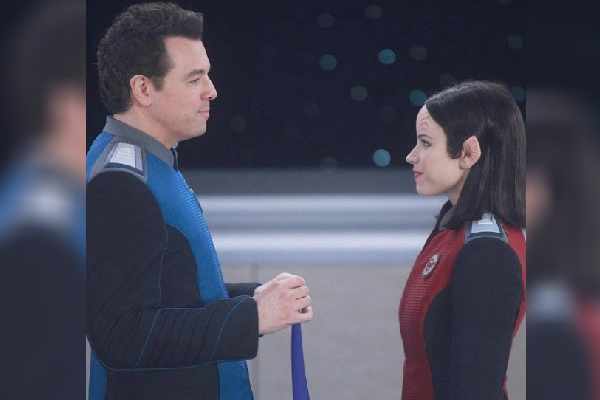 Seth MacFarlane and his current partner Halston Sage met on the set of The Orville. Image Source: Halston's Instagram.

The pair has also been seen in various restaurants together. As for now, the beautiful couples have not revealed any details regarding their marriage.

As of yet, the American actor has not settled down maritally. However, being a big name in Hollywood, he naturally attracts gorgeous women. The multi-talented individual has been in relationships with one of the biggest actresses in the entertainment industry. In 2013, Seth MacFarlane dated Emilia Clarke. The pair couldn't work out their long-distance relationship and broke up after just six months. Before that, in 2008, the Family Guy creator was rumored to have been in a relationship with Amanda Bynes, who was twelve years younger than him.

Prior to that, in 2007, Seth was in a relationship with a beautiful and talented actress Kat Foster but broke up in January 2008. He also dated Eliza Dushku the same year for a short period. The animator also dated reality TV star Trish Cummings from 2010 to 2012. Despite their age differences, the couples were loved by their fans as the pair look very good together.

Apart from the above-mentioned relationships, Seth has also been linked to many women such as Kaylee DeFer, Alexis Knapp, Jessica Szohr, Kate Todd, Katie Sah, and adult film actress Christa Campbell. With so many rumors regarding his relationships, it is safe to say that Seth MacFarlane is enjoying his life.