Andrew Burlinson is a famous TV actor, producer, musician, and writer. The American actor has appeared in various TV shows and movies such as Just Add Magic, Brooklyn Nine-Nine, Grip and Electric, Parks and Recreation, The Defenders, and many more. He is known for his work as a scriptwriter for six Grip and Electric episodes, The Serenader, Little Piggies, etc.

Despite being a famous TV personality, Andrew has kept his personal life a secret from his fans and media. The secretive actor currently resides in Los Angeles, California, and seems to be leading a peaceful life. Let us know more about Andrew Burlinson's biography, career, and other personal details.

Andrew Burlinson's parents raised the actor in his hometown New York, where the actor spent most of his early life. Details regarding his father, mother, and siblings are yet to be disclosed to the public as the actor has kept quiet about his family members. Andrew's age is also a mystery to his fans due to his secretive behavior. The actor went to Mamaroneck High School, where he found his writing talent and won many national essay competitions.

Andrew was a talented man and soon found himself attending the Harvard University, from where he graduated with a bachelor's degree in English and American Literature and Language. The handsome actor was also the president of the Hasty Pudding Theatricals and performed alongside many other people. Following his graduation, the Hollywood actor studied acting in Los Angeles, Chicago, and New York with many teachers from various drama and theatre companies like Atlantic Theater Company, Yale School of drama, American Repertory Theatre, etc.

Andrew Burlinson started his acting career in 2005 after making his television debut in an episode of Date Night. He started pursuing acting for a job and soon landed another role in a short movie titled The Vaudevillian in 2007. The actor's recognition began to grow in the entertainment industry as Andrew was offered more short films, including When It's Dark, Scarecrow, The Last Page, Voodoo the Right Thing, etc.

He also directed and wrote several award-winning short comedies, which have appeared in various film festivals. Andrew's short film "Austin, We Have A Problem" won a special mention at the Los Angeles Lift-Off Festival. In contrast, his other short films like The Serenader won Best Micro-Short Special Mention at the Lionshead Lift-Off Festival, Knights of the Long Table have won Best Comedic Short at the Independent Film Series Festival. Also, the actor is credited for his theatrical works, notably as Blue Man for the Blue Man Group from 2000-2006. His writing work also includes TV series like Grip and Electric, which was nominated for nine Indie Series Awards and was even recommended by the New York Times. 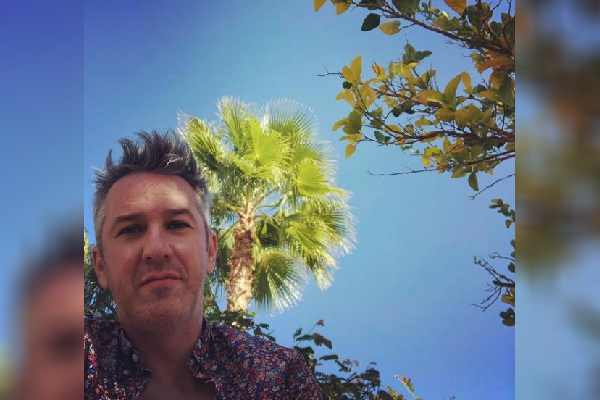 Andrew Burlinson is notably know for his appearances on "Parks and Recreation" and "Just Add Magic." Image Source: Andrew's Instagram.

As mentioned before, Andrew Burlinson is also known for some hit films and TV series. His TV acting works include series like The Defenders, Criminal Minds, Parks and Recreation, Brooklyn Nine-Nine, and Just Add Magic. He was also a musician for three soundtracks of Parks and recreation, which led the actor to receive high praise for his work. He has worked with other famous TV personalities such as Ellen Karsten, Catia Ojeda, Aiden Lovekamp, and many others.

Well, here are some of Andrew Burlinson's movies with reference to Rotten Tomatoes alongside their box-office earnings in the U.S.

With such an active career in the entertainment industry, it is no doubt that Andrew has earned a substantial amount for his work. Alongside acting, he is also busy shooting national commercials for major companies like Hyundai, Ford, Avis, Verizon Fios, Volkswagen, and AT&T. His commercial works have also played a significant factor in increasing Andrew Burlinson's fortune.

Andrew Burlinson Net Worth and Earnings

According to various sources, Andrew Burlinson's net worth is in millions of dollars and his profession in various fields of the entertainment industry has undoubtedly made him a wealthy man. His works both in front and behind the camera has helped him earn a massive sum. Despite his significant fortune, Andrew has not shared any details regarding his earnings. According to Hollywood Reporter, a TV star can earn around $15K-$1 million per episode, like Jim Parsons who was paid $1 million per episode while working on The Big Bang Theory. As for Andrew, we can be sure that the American actor has been paid a similar amount. 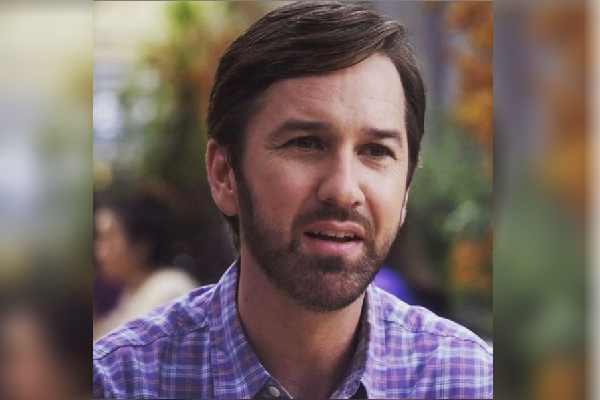 According to the various sources, Andrew's fortune is estimated to be worth $12 million. Image Source: Andrew's Instagram.

Andrew Burlinson's endorsement deals have also not been revealed to the media. Throughout his career, Andrew has left a great impression among his movie co-actors, and his works have also been well received and praised by his audiences. Aforementioned, the talented actor is also active in sound production for films and series while also being a scriptwriter.

With such major contributions in his profession, it would be an understatement to think that producer has less than a million dollars in his bank account. According to the Net Worth Post, Andrew's net fortune is estimated to be $12 million which has helped the actor and his family live comfortably.

As for his love life, Andrew Burlinson's wife is Meredith Anne Bishop. The lovely couple married each other in 2012 though they have not shared much information regarding their romantic encounters. The attractive partners are both involved in the entertainment business. Andrew's partner Meredith was born on January 15, 1976, in Los Angeles, California. She is also the mother of Andrew's daughter. As a writer and actress with many projects under her name, Meredith Bishop's net worth must be substantial. 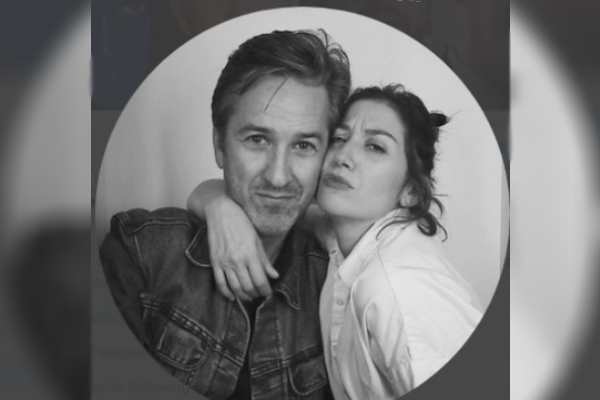 Andrew Burlinson loves the mother of his daughter Meredith Bishop, who is also an American actress. Image Sources: Andrew's Twitter.

Andrew and his wife have not shared any information about their bundle of love. However, the Parks and Recreation actor has shared details of his happy moments with his daughter, who loves to sing with him during their family time, while also giving her father tips about acting. As happy as the couple is with their daughter, it is still not confirmed if Andrew and Meredith have more than just one kid. The two parents are very secretive about their lifestyle and family, so it won't be a surprise if the two celebrities have another offspring besides their beautiful daughter.