Any The Lord of the Rings fan will remember the great Aragorn, who plays an integral part in the quest of destroying the One Ring. Viggo Mortensen gave life to the character with his striking looks and realistic acting skills. Moreover, he also contributed to increasing the series' popularity worldwide.

But do you ever wonder what would have happened had Mortensen not accepted the role? Well, one individual is majorly credited for convincing him to participate in the Rings trilogy. And that person is his son, Henry Mortensen, a massive fan of The Lords of the Rings books.

While many are familiar with his dad's works, only a few might have known about Henry's acting career. He is also proving his skills as an actor, director, and writer. So, let's learn more about Viggo Mortensen's son, Henry Mortensen, in this biography.

Henry Is A Son Of An Actor And Singer

The media personality was born Henry Blake Mortensen on January 28, 1988, in Los Angeles County, California. He is the only son of his parents, who are now divorced.

Henry Mortensen's mother, Exene Cervenka, is a singer, poet, and visual artist. She is best recognized for being a vocalist of American rock band X. In addition, she is currently touring with the group. 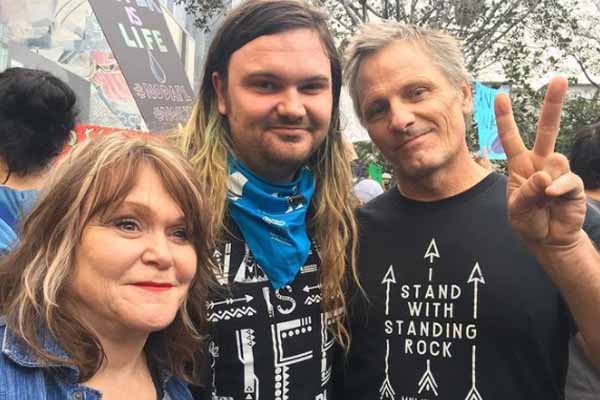 Henry's father, on the other hand, has acted in numerous films over the years. He has also established himself as an author, musician, photographer, painter, and poet. Moreover, Henry's uncle, Walter Mortensen, also starred in The Crew in 1994.

With a family full of influential entertainment figures, the artist was naturally inclined towards it. He began acting on small stage productions, including playing Borachio in Much Ado About Nothing in high school.

Mortensen attended Columbia University, where he became a member of CU Players and LateNite Theater. He eventually obtained a Bachelor's degree in Archaeology in 2010. Furthermore, he graduated with an MSc in Palaeoanthropology and Palaeolithic Archaeology from University College London (UCL).

Henry Mortensen Net Worth And Career

Viggo Mortensen's son was passionate about acting from a young age. He kicked off his career by performing as child character in many films and eventually landed a significant role. So, Henry Mortensen's net worth mainly comprises his earnings from his acting gigs.

The performer's early movie credits include Floundering, Blue Tiger, Crimson Tide, etc. The latter was a commercial hit with a worldwide $157,387,195 box office collection. In addition, Henry has also starred in Night of the Bastard, which is set to be released in 2022.

Aside from acting, the artist directed and wrote the documentary Skating Polly: Ugly Pop. He currently works as an office manager of his dad's company Perceval Press. Furthermore, he has been part of the firm for more than fifteen years and also serves as a poetry editor. 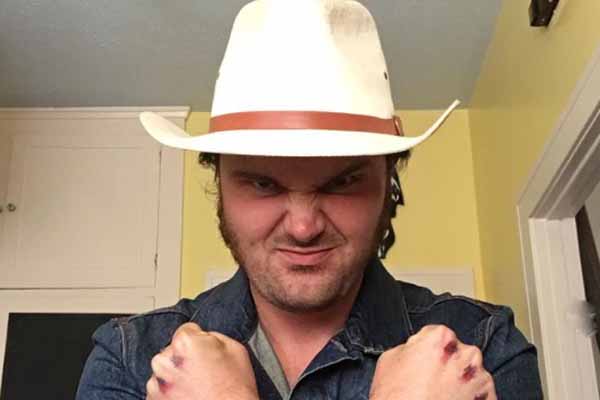 ZipRecruiter states the average salary of an actor to $16 an hour and $32,367 per year. As an emerging face in the entertainment industry, Mortensen must also earn around the same range. Hence, Henry Mortensen's net worth must be a notable amount from his acting and filmmaking career.

Speaking of fortune, Henry Mortensen's dad, Viggo, has earned a substantial income from his Hollywood career. Mortensen's salary from the Lord of the Rings trilogy must have amounted to millions of dollars. Likewise, he must have been paid handsomely from his other hit movies.

Aside from that, the filmstar's income also comes from his books, paintings, and photographs sales. His publishing company, Perceval Press, must also boost his career earnings.

Hence, Henry's father, Viggo Mortensen's net worth amounts to $40 million. He is indeed one of the highest-earning stars of Hollywood.

Another individual renowned for her acting roles and being a celebrity child is Sean Astin's daughter, Ali Astin.

Who Is Henry Mortensen's Wife?

Viggo's relationship with his then-wife, Exene, is a known affair among his fans. The ex-pair married within a year of courting in 1987 and welcomed Henry a year later.

However, the ex-couple couldn't maintain marital harmony and separated in 1992. Both also took time to make their split official and finalized their divorce in 1997. Moreover, Mortensen is currently dating Spanish actress Ariadna Gil.

Unlike his colorful love life, Viggo Mortensen's son, Henry, has remained silent regarding his personal affairs. He is a private man, and his dating life has never made it to the news.

So, the identity of Henry Mortensen's girlfriend/wife remains a mystery among his admirers. He hasn't opened up about whether he is married or seeing someone in the media. Likewise, the actor's Instagram account is full of his works and family pictures. Hence, it doesn't indicate his partner or dating status. 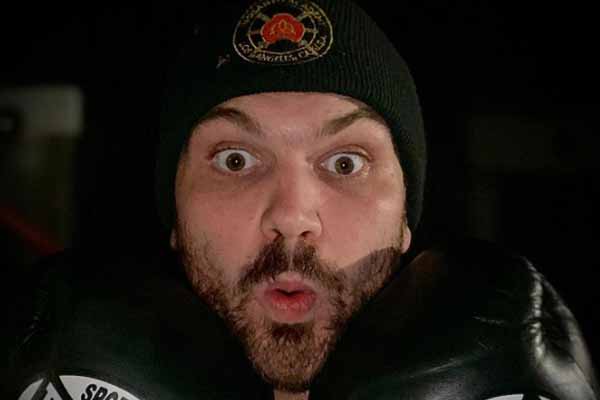 Although Henry Mortensen hasn't shared details about his love life, he seems to be enjoying a comfortable life. Photo Source: Henry Mortensen's Instagram.

Thus, the filmmaker is likely enjoying a single life at present. On the other hand, he might have also decided to hide his lady love from the limelight. Whatever the case, we wish him success in both professional and personal aspects.