Gerhard Berger's daughter, Heidi Berger is an aspiring actress who has starred in many Austrian and Portuguese shows. Image Source: Heidi Berger Instagram.

Heidi Berger might not be a common name for people to know yet, but many F1 fans definitely remember her dad, Gerhard Berger. The Austrian former racing driver is one of the most experienced F1 drivers of all time, having raced with Ferrari, McLaren, Benetton, and ATS.

As the daughter of a world-renowned F1 driver, Heidi is known among his fanbase. But Berger is pursuing a career in the entertainment industry and making a name for herself.

So, get to know how Heidi Berger's life led her to acting in this short biography.

Heidi Berger Is The Daughter Of Former F1 Racer

Aforementioned, Heidi Berger is the daughter of retired formula one racing driver Gerhard Berger and his wife, Ana Berger. She was born in 1997 as the youngest daughter of the couple.

Heidi Berger's sister, Sara Berger, is a few years older than her and the siblings share a close bond. It is unclear where the Berger sisters grew up, but their childhood must have also been hectic, seeing as their dad was a jet-setting F1 driver. 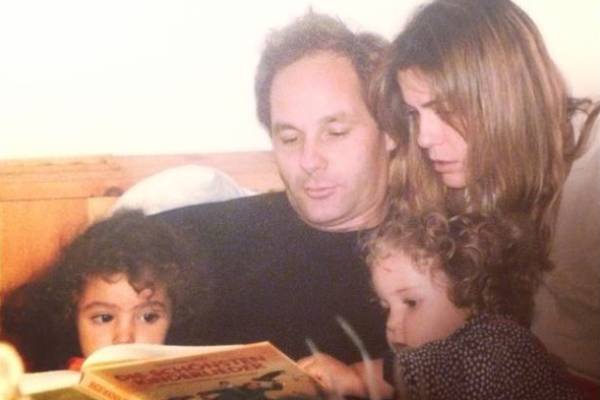 Heidi Berger and her sister Sara Berger's childhood must have been fun due to their father Gerhard Berger's F1 career. Image Source: Heidi Berger's Instagram.

Similarly, details about Berger's educational background are unclear, but she is now a student at New York University. And since she has already made her acting debut, we can assume that Heidi could possibly be taking classes to polish her skills.

Heidi Berger Net Worth And Career

As stated above, Gerhard Berger's daughter is an aspiring actress and has already starred in many television series. As a result, Heidi Berger's net worth must be substantial. But with her growing career, there is a high chance that her fortune will rise in the coming years.

On the other hand, Heidi Berger's father, Gerhard, is not only a former F1 driver but also owned a 50% stake of the formula one team, Scuderia Toro Rosso. As a result, his fortune skyrocketed after he sold the stake to Red Bull.

Heidi's Earnings As An Actress

Berger might be an aspiring Hollywood star, but she had already made her acting debut in 2016. She starred in the Portuguese telenovela, A Única Mulher, as Nônô in more than 100 episodes. She also worked on the Austrian series Trakehnerblut and Meiberger: Chasing Minds and another Portuguese show Três Mulheres.

Since she played a small part in these shows, Heidi Berger's salary might have been small. But there is no doubt that it helped increase her net income.

Then in 2018, Heidi booked the lead role in the Portuguese series, Onde Está Elisa?. Berger played the titular character, Elisa Menezes, and must have pocketed a considerable sum for her works. Moreover, the show was nominated for and won several awards.

Since Onde Está Elisa? ended in 2020, Heidi has not worked on any more projects. Rather she moved to New York and is now studying at NYU. She also auditioned for Wynn Handman Studio and was trained by Wynn Handman himself.

It seems like Gerhard Berger's daughter is waiting to make her Hollywood debut. Also, a look through her Instagram shows that the aspiring actress has also posed for a few photographers. Berger is currently enjoying her life in the US.

And with her career rising, there is no doubt that Heidi Berger's net worth will also increase in the upcoming days.

Let's hope we get to see the talented actress in Hollywood movies soon. Also, like Heidi, musician Bono's daughter, Eve Hewson, has also pursued a career in the film industry.

Is Heidi Berger Dating Anyone?

Gerhard Berger's daughter has already made a name for herself in the Austrian and Portuguese television world. As a result, many are interested in knowing more about the beauty's love life and who Heidi Berger's boyfriend is. Well, a look through her Instagram page does not yield a satisfying result regarding Heidi's romantic life. Berger has not shared much about her personal life, and even if she does, it is mostly about her family and friends.

However, fans have suggested that Heidi's connection to Formula one does not end with her father. Many sites have reported that Berger is currently dating Italian-Australian F1 driver Daniel Ricciardo. 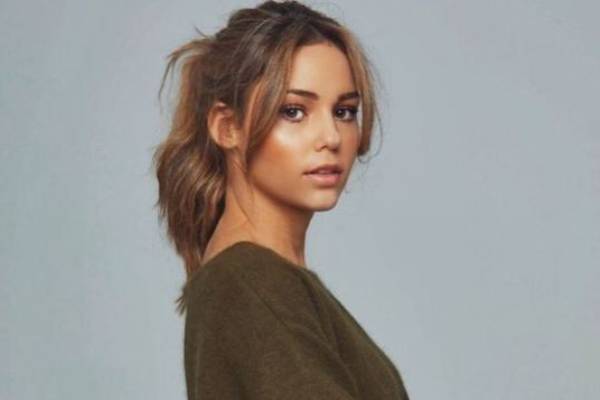 Both Daniel and Heidi's love life is a closely guarded secret. So, it came as a surprise when reports of Heidi Berger being Daniel Ricciardo's girlfriend were revealed. The rumored couple were reportedly seen together in New York City and also in Austria. And the alleged pair were also supposedly together while celebrating Daniel's 32nd birthday.

Not just that, during the summer 2022 break, Ricciardo uploaded a post with his alleged partner, Heidi. The rumored pair were seen out together in the post and looked super adorable. After he posted a picture of them together, many fans were giving crazy reactions and were excited to see what the future holds for Daniel and Heidi. Many people have seen his public display of affection as a confession of what was previously widely accepted. Could the entire discussion around their relationship can certainly be put to rest now after this open expression of love?

But if the rumors end up being just rumors, let's hope we get to meet Heidi Berger's boyfriend soon. Also, we wish Gerhard Berger's daughter all the best in her professional as well as personal life.